This law prevents an insurer from canceling or refusing to renew an insurance policy on a home in a wildfire-prone area for a year. 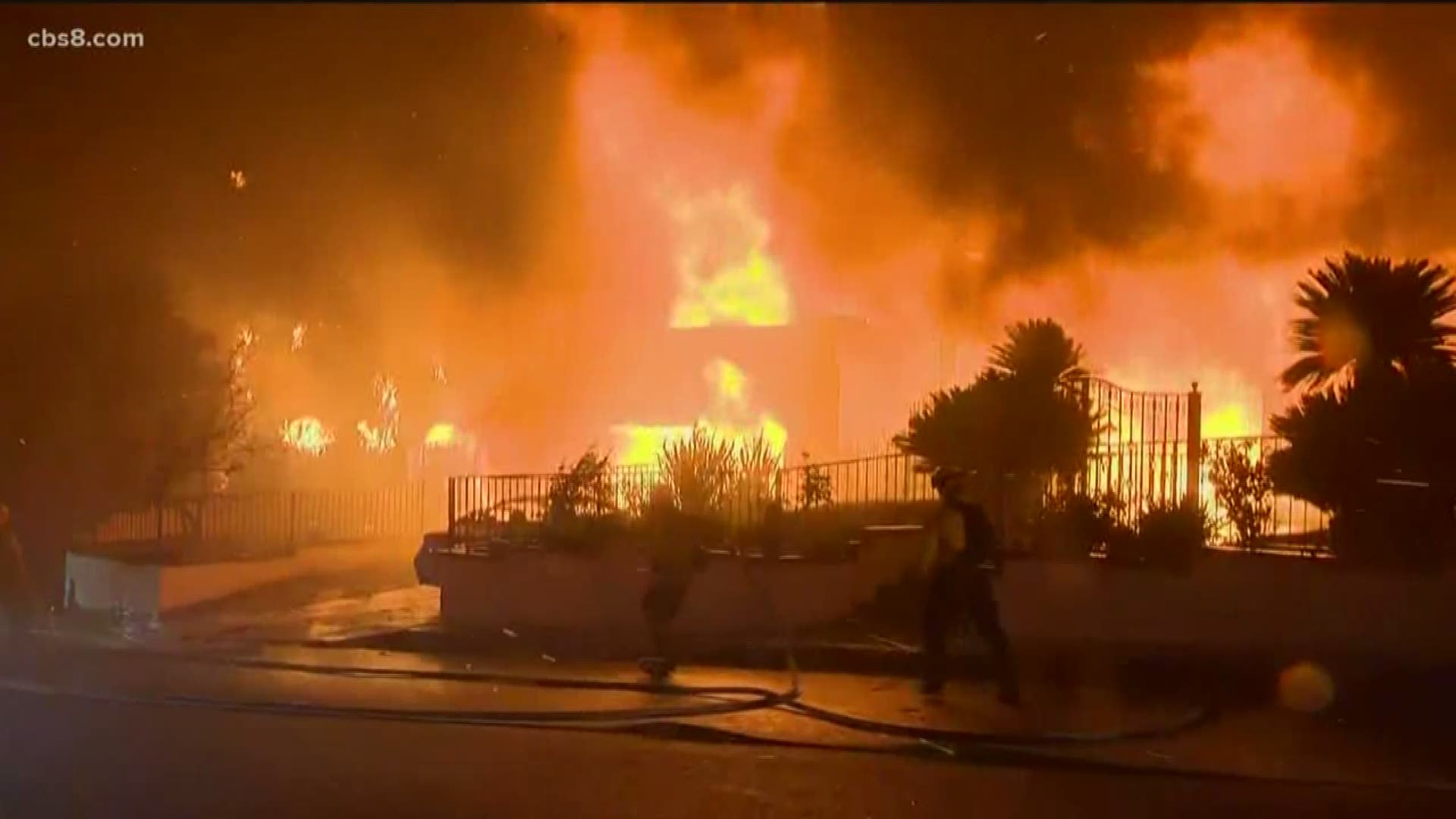 There’s some good news for nearly a million California homeowners living in areas considered at risk for wild fires. They don't have to worry about losing insurance coverage for at least a year.

"In the seven counties from San Diego to Sierra, the number of non-renewals rose more than 10% last year,” said Ricardo Lara, State Insurance Comissioner and Southern California native on Thursday,

Lara is to thank for a new state law. He authored Senate Bill 824 last year.  It calls for a one-year moratorium on insurance companies non-renewing policies for 800,000 homes in wildfire disaster areas.

It’s too late for Hill Paige, a Scripps Ranch homeowner who was cancelled two months after buying a home.

"Whoa!  Why did I get cancelled? What did I do wrong?" said Hill.

"I called them up and they said, 'Sorry, you're in a fire prone area,’” said Hill.

Purchasing fire insurance is even impacting the real estate market.

"It's creating a lot of unnecessary challenges and that's stressful,” said Jenn Blake, a realtor with Pacific Sotheby’s.

She just closed on a home on Grainwood Way, and there were complications.

"The new buyers reached out to four or five insurance companies and were denied,” said Blake.

RELATED: New study non-native grasses may be to blame for California wildfires