On Thursday, Cowie and Mackie were walking along a trail when one step went horribly wrong. 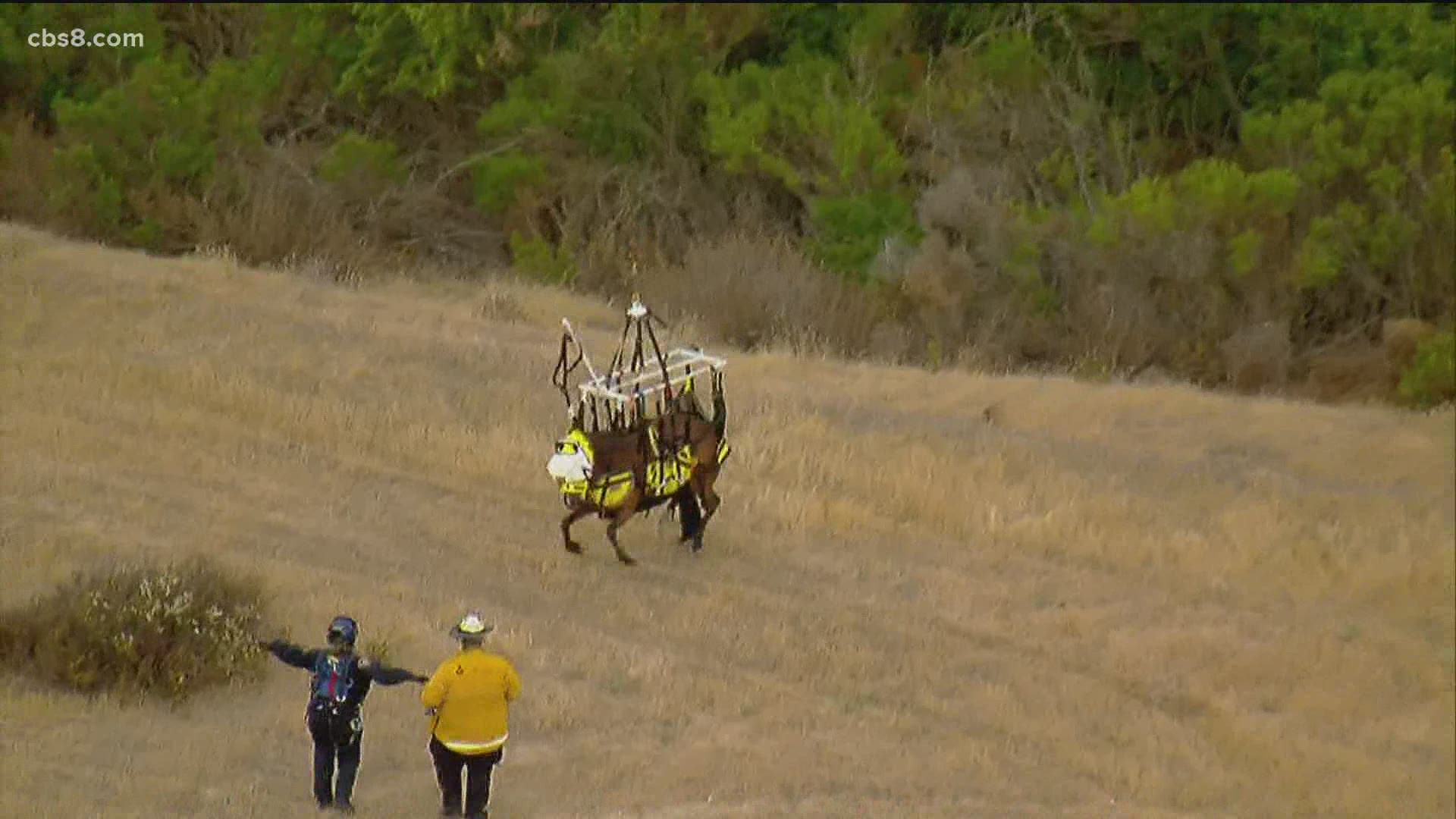 CARMEL VALLEY, Calif. — Cay Cowie and her 14-year-old horse, Mackie, have been best friends for years. They’re visiting Carmel Valley from Arizona for the summer.

On Thursday, Cowie and Mackie were walking along a trail when one step went horribly wrong.

“We slid down,” said Cowie. “We each went down on our knees. I have a visual of her legs going down.”

Cowie said in about 10 seconds, she realized she was in trouble and it was too late to turn back.

“I thought somebody was coming, but there was nobody,” said Cowie.

”It was pretty scary,” said Mikey. “It could have been the scariest thing. They both got really lucky and they’re both tough.”

Help was, in fact, on the way.

Miraculously, the two are physically doing well. Cowie said she tore some skin here on her feet. Mackie has some cuts. It’s the emotional toll that will take time.

”The two of us once again need to work on our relationship,” said Cowie. “She’s fearful. She’s never had all four feet off the ground before.”