Not only were her intestines enlarged and infected, but they were also stapled shut at both ends. 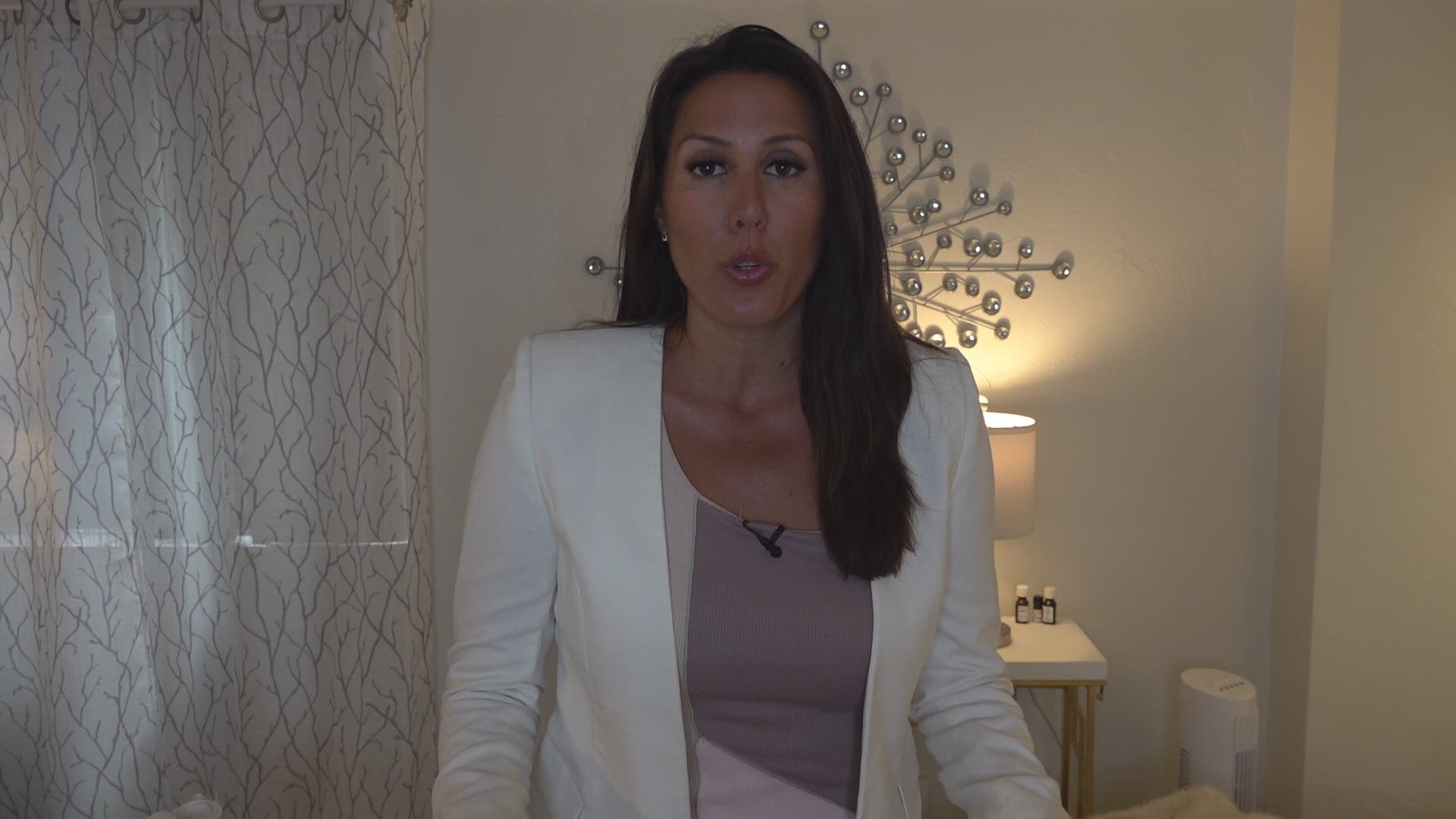 TIJUANA, Baja California — Viewer Discretion Advised: The video featured in this story contains graphic content, which may not be suitable for all audiences.

A teacher and mother of two young daughters had a horrible surgery experience that almost killed her. News 8 warns some of these pictures are disturbing.

“I would describe this as more than a nightmare, it is the most traumatic thing I have experienced in my entire life," said mother of two, Amie Davenport.

Like many people in the United States, Amie Davenport was seeking weight loss surgery to live a better life.

“I've battled with weight my whole life and I just want to be healthy," says Amie.

She pursued facilities in the United States, but she said she chose the Oasis of Hope Center in Tijuana, Mexico due to its plethora of positive reviews on the internet and affordable cost.

Immediately after her surgery was completed, Davenport had severe abdominal pains.

“I can't even describe the pain. It was so intense," said Davenport. "It was radiating down my left side. They were like 'it's normal its fine, it's indigestion.'"

Her pain and discomfort continued, so she went to a hospital in Texas where Dr. Sina Matin admitted her to the emergency room.

“I couldn’t believe the CAT scan, it was what we considered to be severe malpractice," said Dr. Matin. He decided she needed emergency surgery.

“Honestly, we thought I was going to die," said Davenport.

Dr. Matin took horrific photos of Amie Davenport’s intestines. Not only were her intestines enlarged and infected, but also stapled shut at both ends.

“I couldn’t even look at the picture, it was devastating," said Davenport. "My intestine was swollen and you can see the staple at both ends."

At one point, Davenport’s husband was preparing for the worst.

“I actually was making plans to talk to my daughters, no one should have to tell their daughters that their mother has died,” cried Randy Davenport, Amie's husband.

The Davenport's tried calling doctors at Oasis of Hope, however, they didn’t receive a response until they made dispute of the credit card charges.

News 8 tried calling the director at the Mexico hospital and they said, “no comment."

“I finally spoke with a doctor this morning and she said, 'well, you know accidents happen, and we're really sorry about that.' But, the emotional toll it has taken on me and my family is much more than any accident,” said Davenport. "It was a blur, like I was in someone else's body, like I was in someone else's life. It brings tears to my eyes, its like an emotional roller coaster.”

“Don’t trust the internet. I can make the internet say I'm blonde hair, blue eyed and I look like Brad Pitt, but I'm not Brad Pitt,' said Dr. Matin.

“If I had to do it over again, I would never do it in Tijuana, ever again," said Amie.

She now has to have a J-tube for the next several months. Davenport has another surgery scheduled in about 9 months to a year. Dr. Matin said, she has a long road ahead and she may have nutritional and vitamin deficiencies now for the rest of her life.

The Davenport's plan to file a criminal complaint with Oasis of Hope in Mexico.