Emergency crews used a pulley system to get the worker, a man in his 20s, out of the hole. 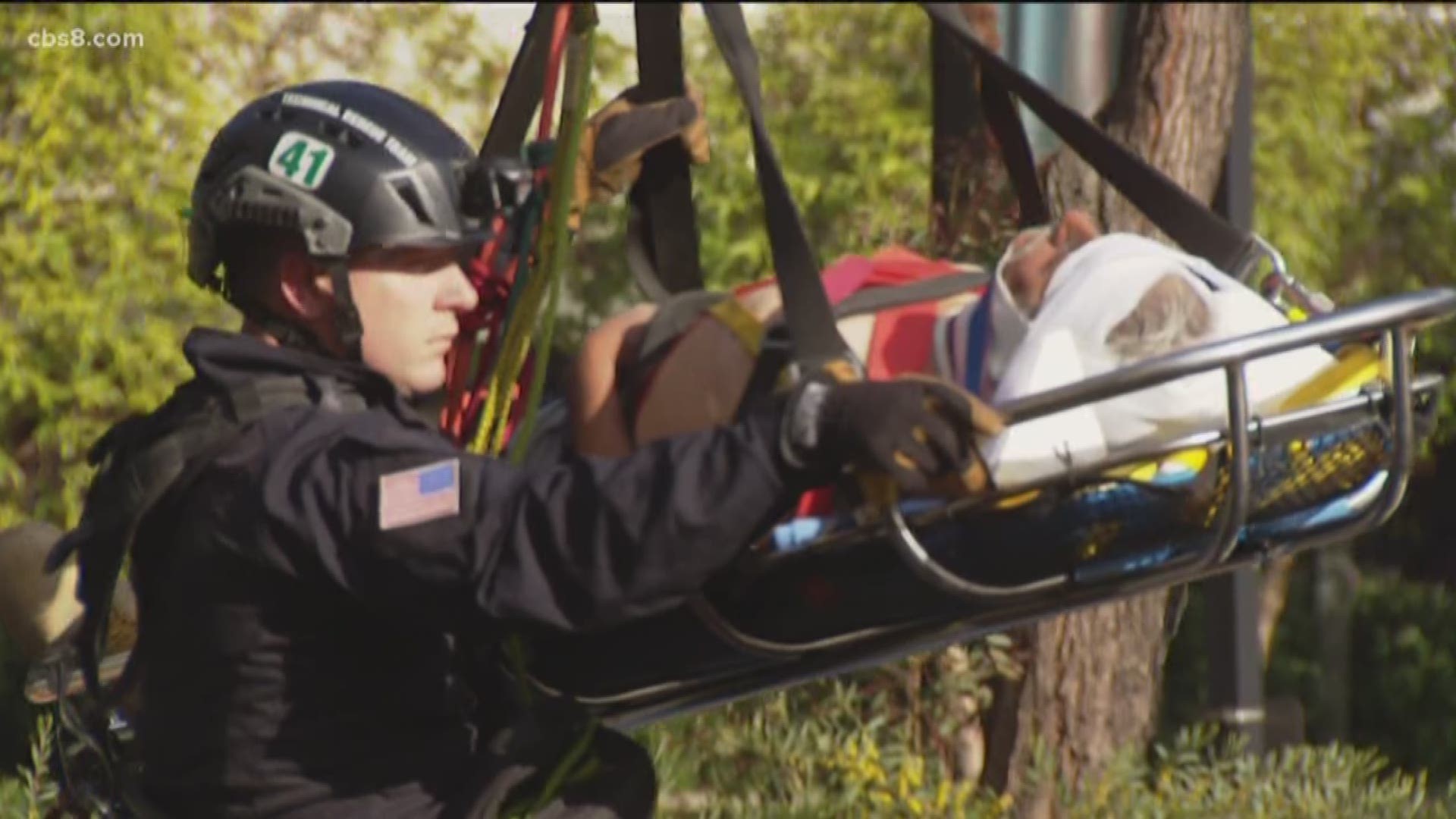 SAN DIEGO — A construction worker suffered serious injuries Thursday when he fell about 30 feet into a trench at a work site on the grounds of UC San Diego.

The industrial accident off Matthews Lane and Voigt Drive was reported about 2:30 p.m., according to the San Diego Fire-Rescue Department.

Emergency crews used a pulley system to get the worker, a man in his 20s, out of the hole. Medics took him to UCSD Medical Center for treatment of blunt-force injuries and burns he suffered from landing on a steam pipe, according to SDFRD public affairs.

Last July, four laborers were injured, one fatally, when a rebar wall frame collapsed onto them as they were working on a mixed-use project near Mandler Hall at the La Jolla-area university.