Yelp now displays if users observed, or did not observe, the enforcement of social distancing and staff wearing masks. 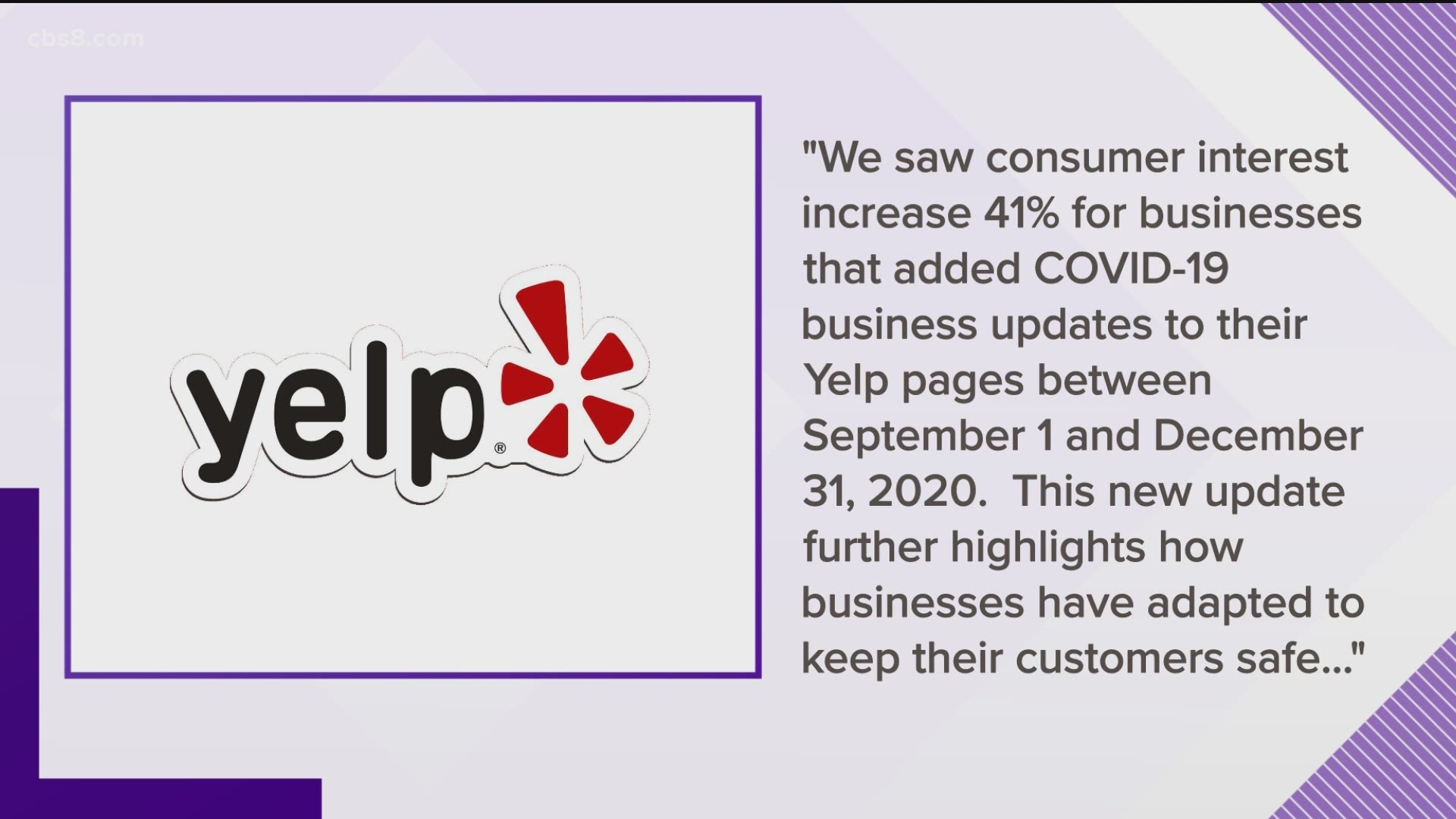 SAN DIEGO — The popular app Yelp now wants users to weigh in on how well a business is following COVID-related rules.

According to Yelp, for months its been allowing businesses to inform customers about which safety protocols they implemented. Now it's the user's turn to weigh in on whether they're actually following the rules they say they are.

There is a new section where customers can give input on whether or not a restaurant is enforcing mask wearing and social distancing.

Reaction to the new feature was mixed.

"In my opinion, I think it's a healthier environment to reach out directly to the restaurant owner instead of leaving a review," said Garrett Bernard, the owner of Crazee Burger in North Park.

"You might just be adding another adverse obstacle for restaurant owners to deal with," he added.

Alondra Ruiz, the owner of The Village in North Park, also shared her thoughts on the new feature.

"Freedom of speech right?" she said. "People can put in their review and I'm OK with that. I understand people should be aware before going into a place if they want to go there or not. Complete transparency."

However, she says her Yelp page has been inundated with people punishing her for defying the public health order and continuing to offer outdoor dining. She says after a recent gathering of business owners at her restaurant, she spotted a lot of fake reviews.

"We got 64 one-star Yelp reviews that were from people who didn't even consume, they didn't come to the business, they didn't eat," she said.

"You can't force people to wear a mask if they have an exemption," said Ruiz. "That's what I stand for, I stand for liberty."

On social media, there are some who agree with the new Yelp feature, but there are plenty who don't.

Yelp declined our request for an interview, but sent News 8 the following statement:

"We know businesses are faced with constantly changing regulations and in many cases creating new operational models, which is why we’ve been focused on building solutions to support them through these changes. We’ve seen businesses greatly benefit from updating the information in the COVID-19 section of their Yelp business page. In fact, we saw consumer interest increase 41% for businesses that added COVID-19 business updates to their Yelp pages between September 1 and December 31, 2020. This new update further highlights how businesses have adapted to keep their customers safe, and aims to instill confidence in consumers to continue supporting local businesses.

Due to the extensive trust and safety measures we have in place, it is rare for a business to receive an orange question mark associated with this user-generated feedback, as it is only meant to alert consumers to egregious instances of social distancing not being enforced and staff not wearing masks. At launch, the orange question mark is only displayed on a couple hundred businesses out of the millions of businesses on Yelp."

"The average restaurant owner, myself included, understands the general public's safety and health is an imperative issue," said Bernard. "We have to be complying."

RELATED: Cease and Desist: What happens when you disobey COVID-19 health orders 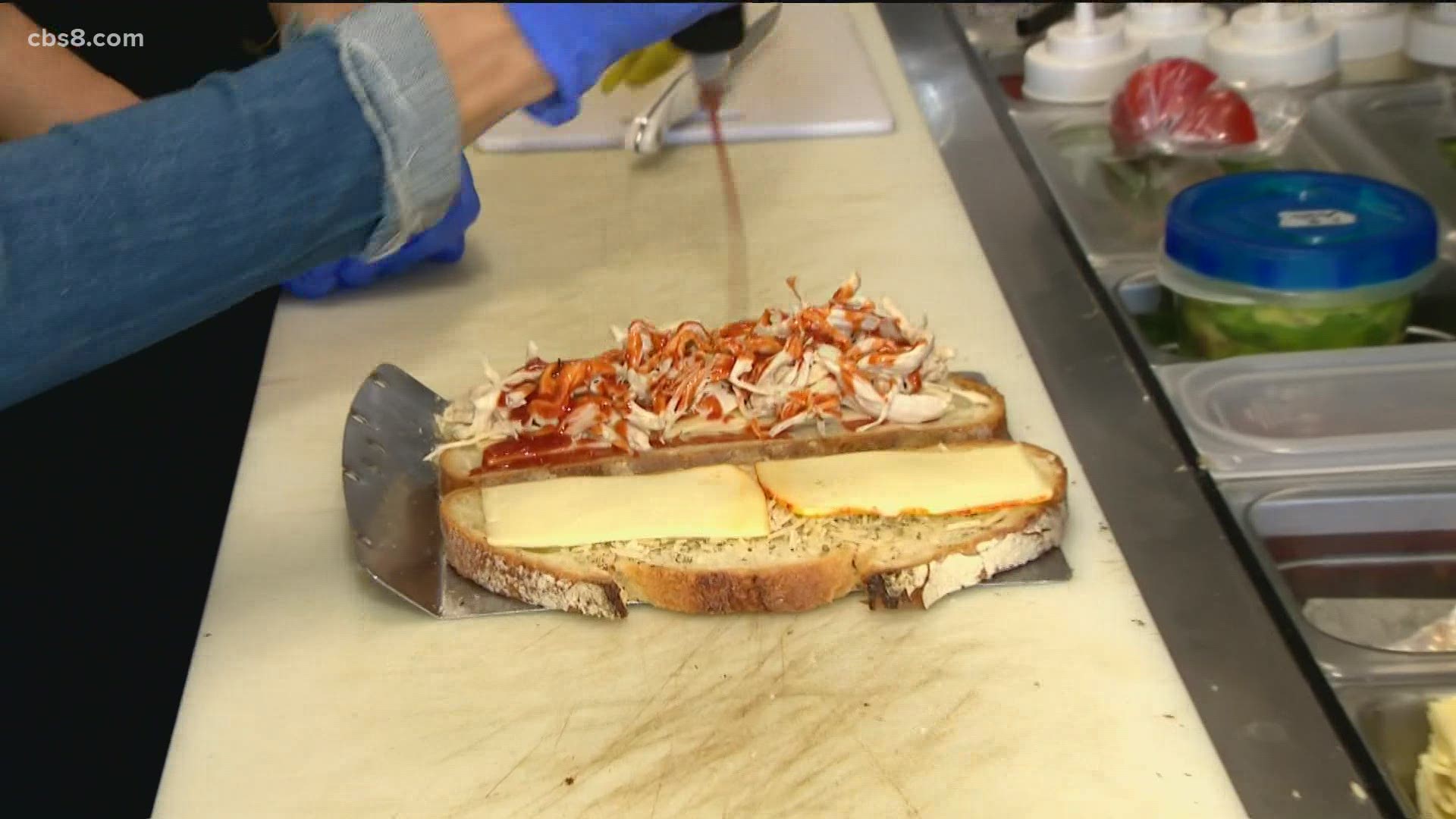