It started with a simple request: 'Let's give him hats, lots of hats.' 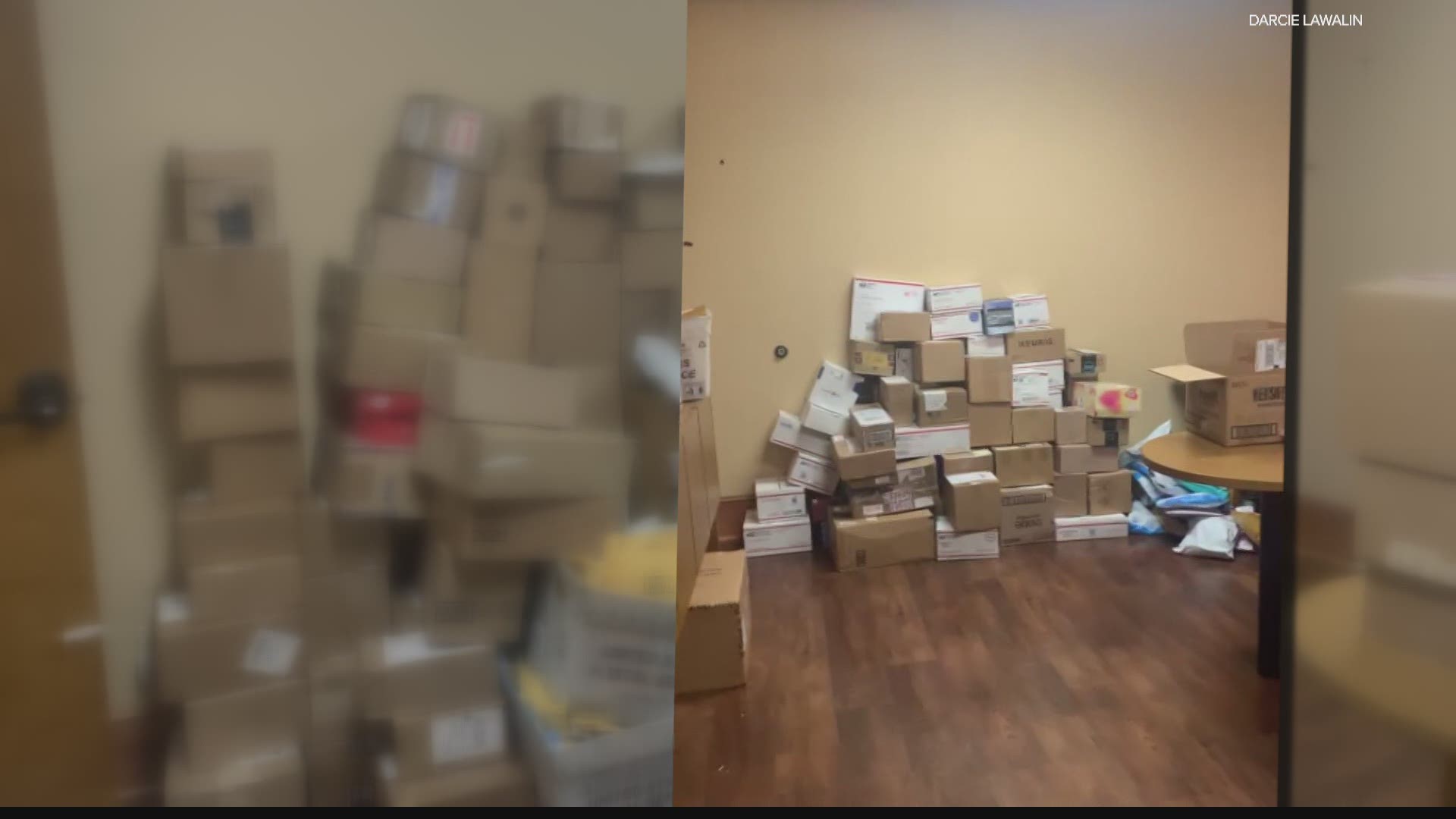 INDIANAPOLIS — It started with a Facebook post and a simple request: “Let's give him hats, lots of hats.”

Nine-year-old Caleb Lawalin and his family live on Indianapolis' south side. Almost a year ago, Caleb's mom, Darcie Lawalin, noticed he was growing extremely fast and was developing a lot of acne.

She took him to a pediatrician, who ran tests before sending him to Riley Hospital for Children, who sent him to St. Jude Children's Research Hospital in Tennessee.

Doctors discovered a metastatic tumor in Caleb's pituitary gland, a small, bean-shaped gland at the base of the brain. Despite being small, it influences nearly every part of the body.

His cancer is considered the rare of the rare. In fact, St. Jude's has never treated it before. He’s currently undergoing intense radiation treatment.

When Caleb started losing his hair because of treatment, his aunt, Shonna, asked people to send him hats to help take his mind off the appointments and diagnosis.

The post made its way around social media and was shared more than 21,000 times. Caleb has received more than 1,000 hats from around the country and even Australia.

“It’s really restored my faith in people. It is amazing that total strangers have reached out like this,” said Lawalin.

He has so many hats, that they had to dedicate a room at the Ronald McDonald House to place all the packages, since Caleb's room wasn’t big enough.

Caleb is sharing his assortment of hats with other kids at the hospital.

“Just reading all the letters and knowing people took the time to get a hat, write a letter, mail that out is amazing,” Lawalin said.

Caleb and his mom are traveling back to Indianapolis after his last round of radiation on Thursday, where he will receive another surprise. He will be home for about six weeks to recover from the treatment before going back to see if the radiation worked.

If you are interested in sending Caleb a hat, you can mail them to his family at the following address: