United States Surfing is also responsible for selecting a team for the upcoming 2021 Olympic Games where surfing will be the newest sport to join the Olympiad. 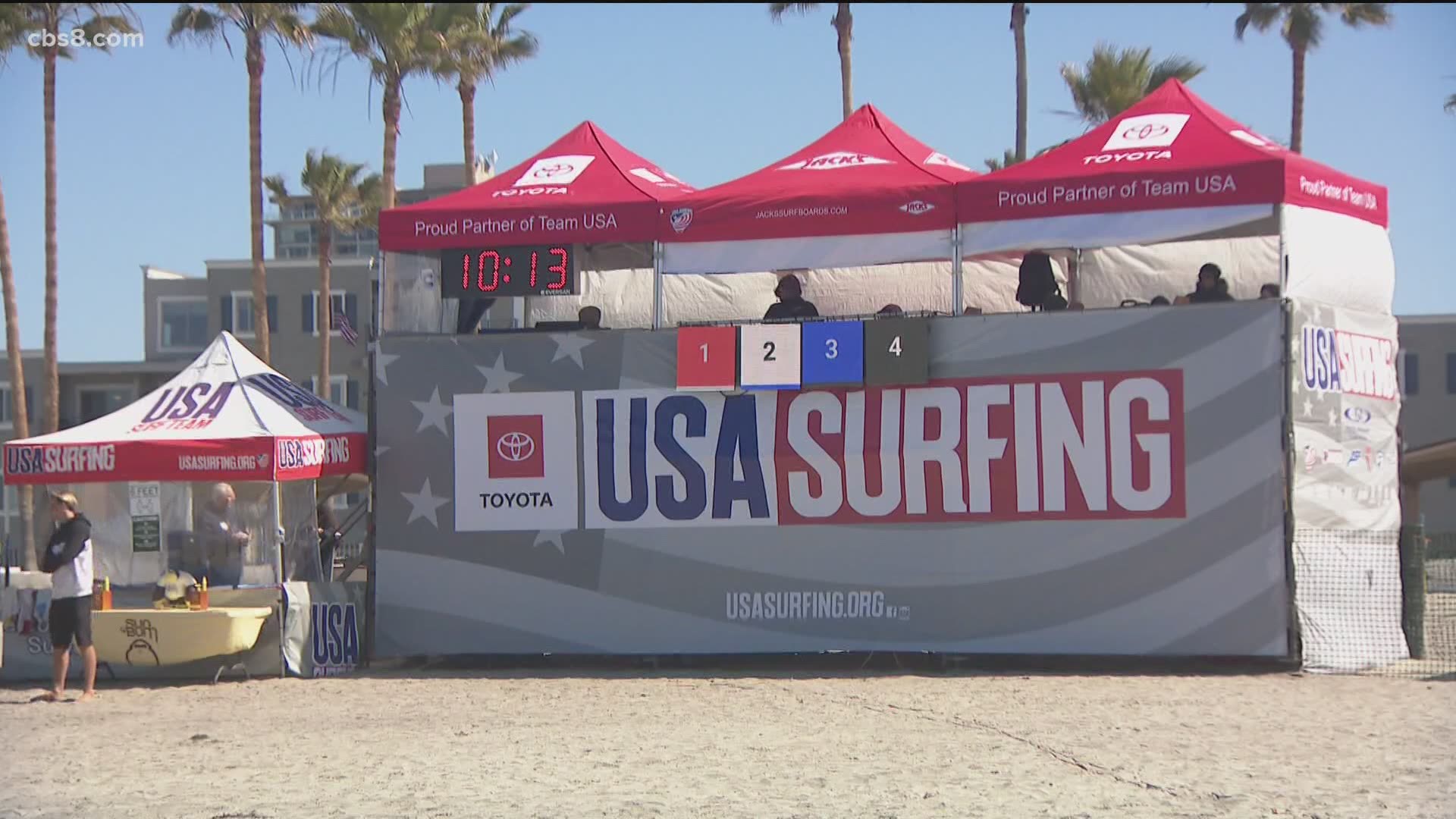 USA Surfing had been holding tournaments in Florida due to the pandemic, but after holding one in Huntington Beach last month they were ready to drop in near Oceanside.

CEO of USA Surfing, Greg Cruse said, “It's one of the safest sports you can do. I mean, there's probably way less people out on the water than there would be on a normal day. It's really easy to maintain the social distance and all that.”

Cruse added that these particular competitions are the real tests for finding the next surfing talent in California.

“We started this program about 11 years ago as a way for the best athletes on each coast to face each other more often rather than just at our national championships,” said Cruse.

As the national governing body of the sport, United States Surfing selects the top athletes from around the country to compete internationally. Surfers like Tex Mitchell from Oceanside compete in tournaments like these to be selected for the national squads. Mitchell told News 8, “The next step is to keep us qualifying series. And when you go through the qualifying series and you do good and now you go to the World Championship tour and those are the best surfers in the world.”

United States Surfing is also responsible for selecting a team for the upcoming 2021 Olympic Games in Tokyo where surfing will be the newest sport to join the Olympiad. While these young shredders might have a long way before donning the red, white and blue jersey, Cruse told News 8 the surfers they are sending to Tokyo.

“So we have Caroline Marks who won the World Championship in Taiwan, I mean Carissa Moore who won the World Championships, and Caroline Marks from Sacramento who came in second point, Chloe and Dino and John. John Florence is our team. Kelly Slater is our first alternate for the men. Lakey Peterson's our first alternate for the women. So a super solid team,” said Cruse.

Watch from May 2020: San Diego surf shops struggling during coronavirus shut down