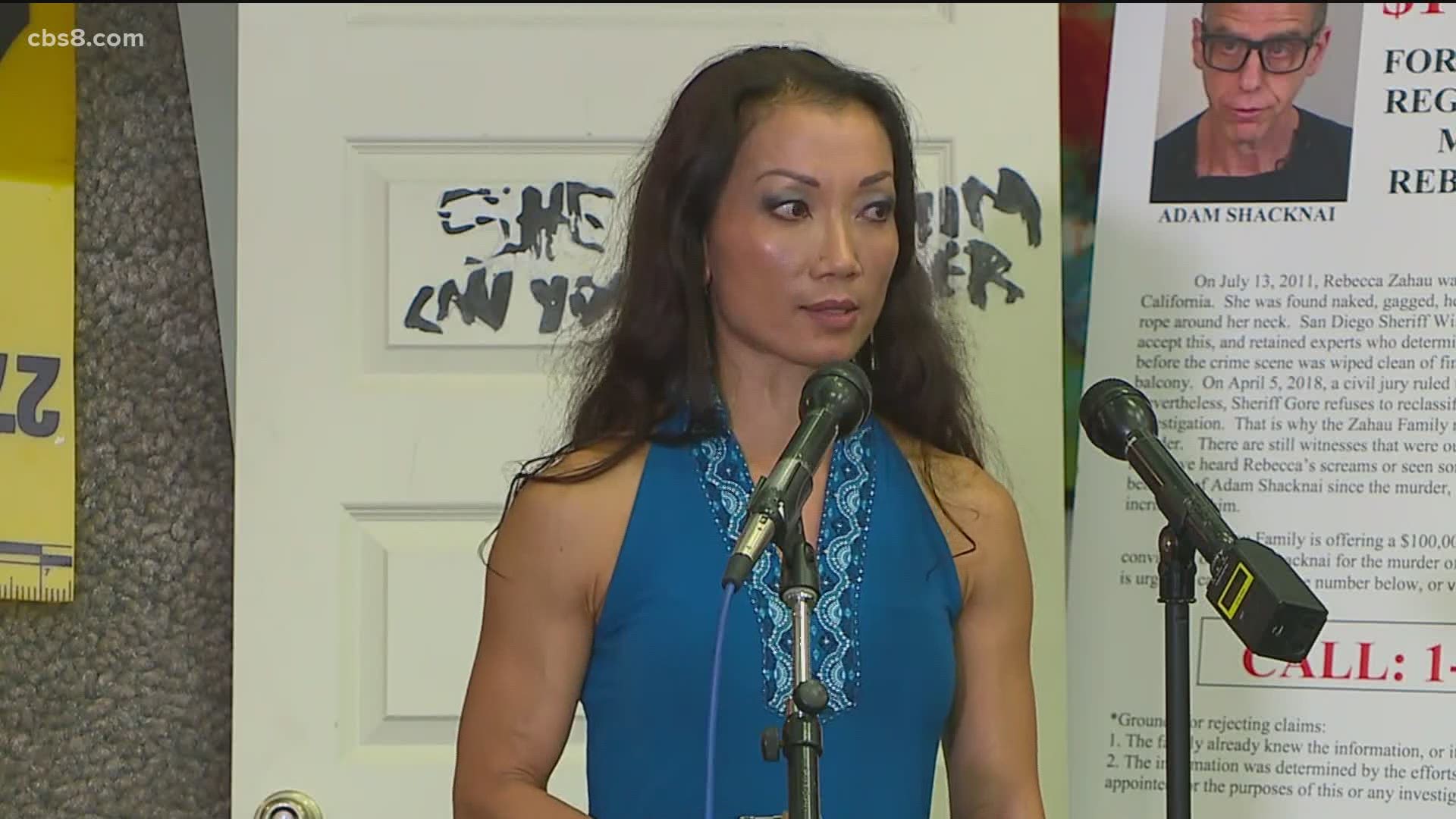 SAN DIEGO — The family of Rebecca Zahau plans to file a new lawsuit this week they announced Monday -  this time against San Diego County Sheriff Bill Gore, seeking records from the investigation of her death.

The family’s attorney, Keith Greer, announced plans to file the lawsuit on the ninth anniversary of Zahau’s death in Coronado. Zahau was found hanging from a balcony at her boyfriend’s mansion in Coronado on July 13, 2011.

“We are filing a lawsuit against the sheriff for his failure to provide the family with documents they have requested,” said Greer.

“I would like the public to really know what happened behind the scenes, and Sheriff Gore is full of lies,” she said.

"This was a biased investigation motivated by power and wealth. This is nothing but racial and socioeconomic discrimination. If Rebecca was a white, wealthy woman we would not be standing here," the sister said.

The family also sent a letter to the medical examiner's office that said Zahau's cause of death should not be listed as suicide.

“Justice has not been served for my sister yet,” said Zahau-Loehner.

The family recently hired an expert, who created new animations depicting possible injuries one would sustain from a long-drop hanging. 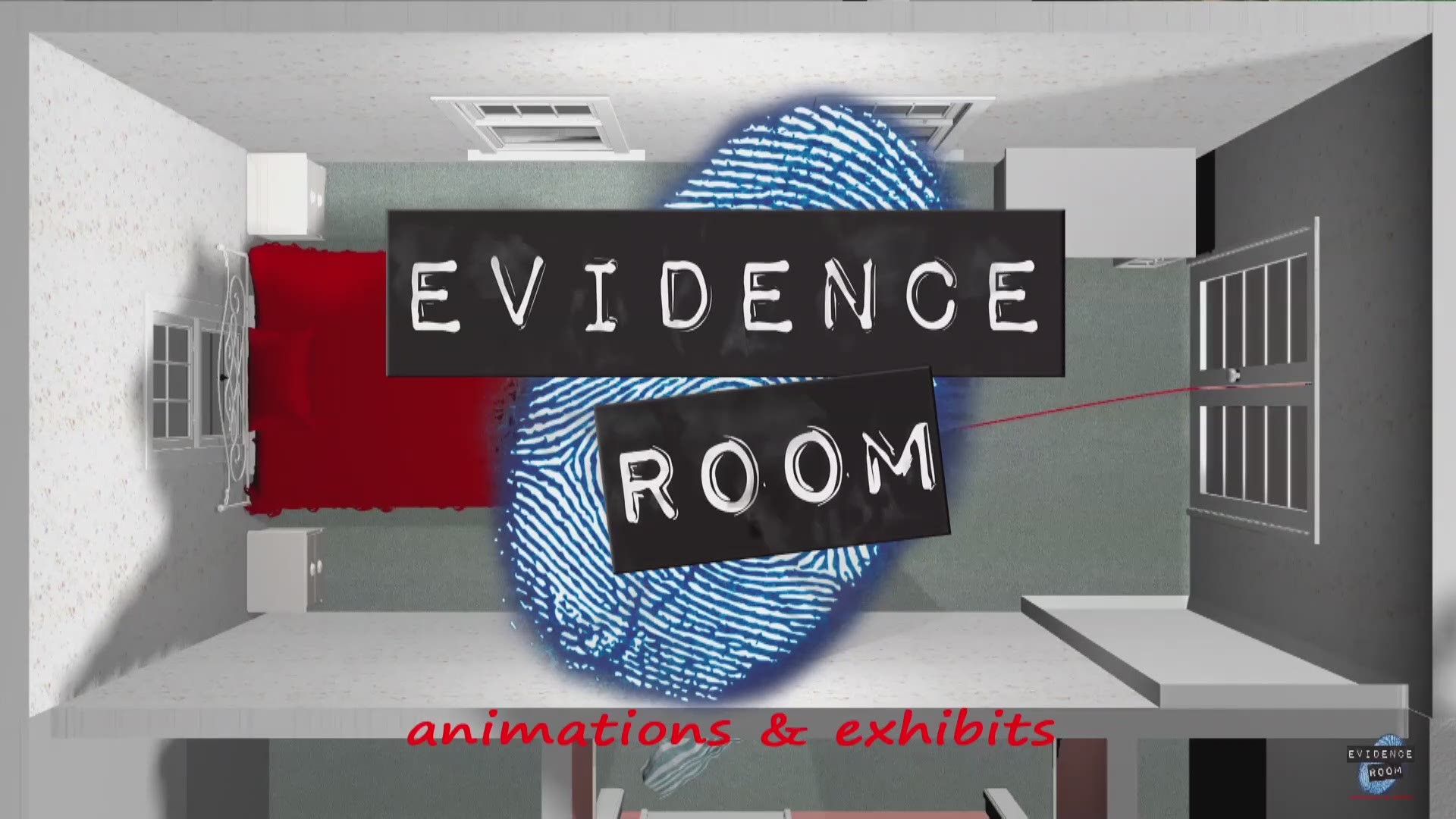 “The injuries Rebecca would have sustained would have been visually dramatic and catastrophic,” said the forensic expert, Scott Roder.

Sheriff Gore ruled the death a suicide, which occurred two days after Jonah Shacknai’s 6-year-old son, Max, suffered a fatal fall inside the mansion. Zahau had been babysitting the boy at the time of the fall.

Max Shacknai was taken off life support in the days following Zahau’s death.

The Zahau family filed a wrongful death lawsuit and in 2018 the civil jury found Adam Shacknai liable for Zahau's death, awarding the family $5 million in damages.

Adam Shacknai initially sought to appeal the judgment, but his insurance company soon settled the case for $600,000.

Greer, the Zahau family attorney, said he hopes to gain new information in the investigative records from the sheriff’s case.

“The sheriff is playing this game of only releasing that which helps his position, and then snuffing and hiding all of the evidence and all of the analysis of his officers which contradict that finding. That's wrong,” Greer said.

The San Diego County Sheriff's Department issued a statement to News 8 regarding the lawsuit:

"Sheriff's Legal Services Division has not officially received a copy of the complaint for review so it would be premature to comment at this time.

The Sheriff's Department also does not comment on pending litigation.

The Sheriff's Homicide Unit conducted an objective and thorough investigation into Miss Zahau's death. You can find more information at www.sdsheriff.net/coronado."

Adam Shacknai issued the following statement to News 8 on the matter:

"I am shocked- and scandalized to the point of clutching my pearls that Keith Greer and Rebecca's family of brain damaged jackals would attempt another shakedown of yet another party where Keith Greer smells free money.

I blame the late night guy in the dollar sign suit for giving Greer the legal/philosophical underpinnings that have guided his sleazy career."