The Sheriff's Department honored girl with 'Medal of Distinguished Service' for heroic act. 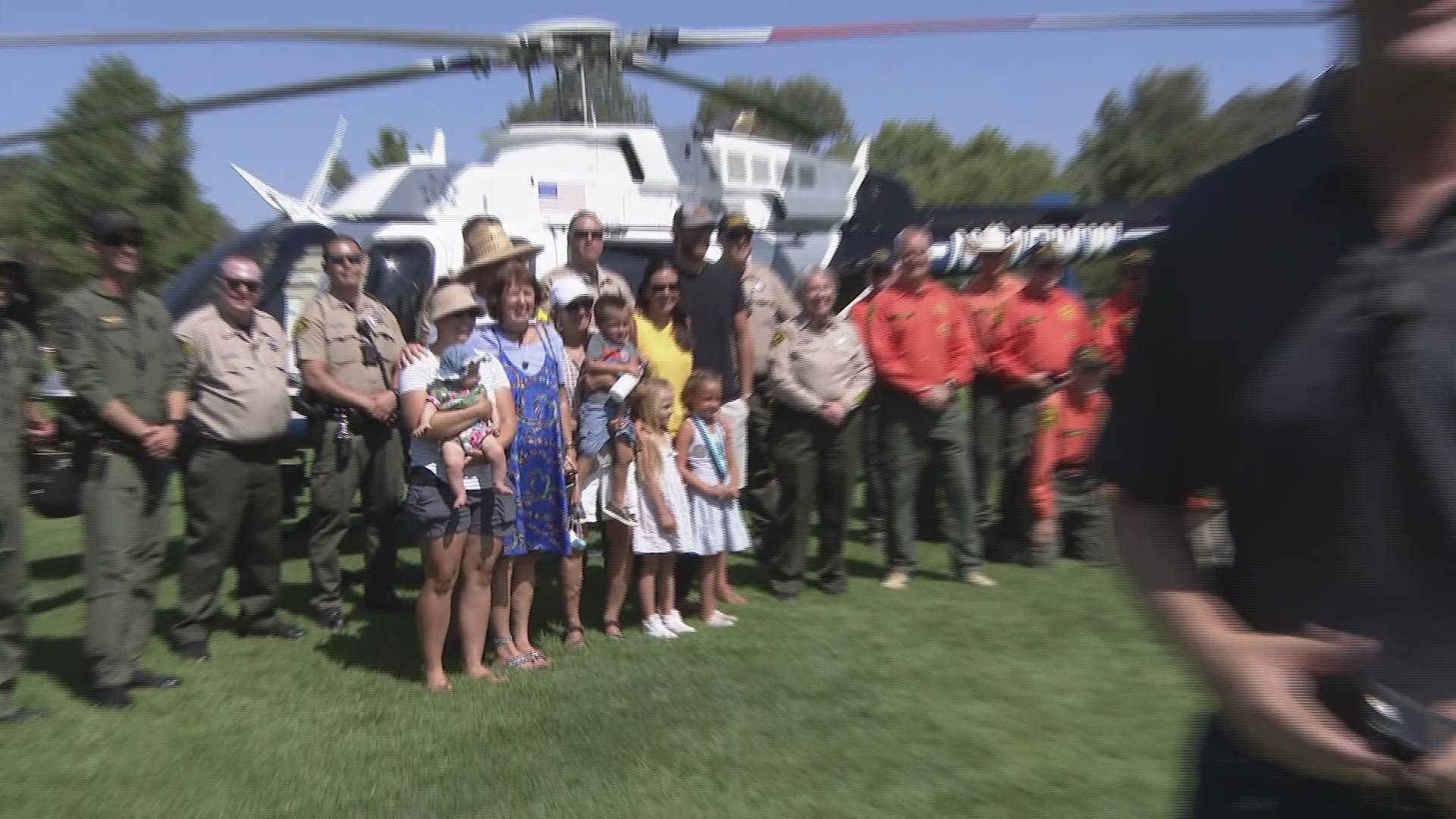 RAMONA, Calif. — The San Diego County Sheriff's Department presented a 'Medal of Distinguished Service' to a six-year-old girl for her heroic act. In this Zevely Zone, I went to Ramona where Kallie Helton is the talk of the town. Deputies don't throw the word 'hero' around lightly.

"In my opinion she undoubtedly played a pivotal role in saving his life," said Lt. Michael McNeil. "Quite frankly, she did something that I am not confident most people, most adults would do."

On Memorial Day, the Sheriff Department's Search and Rescue team was looking for a missing man.

Tom Ashton suffers from Alzheimer's and was missing for more than five hours in the hills of Ramona.

"We had a drone in the area and our drone was right over where he was and we could not see him because of the thick brush," said Cowan.

It was the same story for the Sheriff's helicopter ASTREA. Pilot Tim Johnson was hovering directly above the missing man but couldn't see him.

"This is probably the first time a girl that age has been that instrumental in locating somebody," said Johnson.

"It was Memorial Day and she was at her grandmother's house," said Kallie's parents Austin and Kiki Helton.

The family lives in Rancho Bernardo but Kallie was spending the day in Ramona. Her parents weren't surprised when they heard their 6-year-old jumped into action.

"She is stubborn, she is persistent," said Kallie's mother.

Kallie was playing at her grandparent's house, but knew instantly this was no game. She started calling the man's name and searching rugged terrain with her Aunt Kiki.

"She got right up and got the binoculars out and was yelling his name and she was determined to find him that day," said Kiki Bayisa. "His hat had flown off; his shoe was lost he was very weak and so Kallie got him some water."

"I just hear like him moaning and he sounded pretty weak," said Kallie who found the man.

"He heard her yelling out his name and he called back to her for help," said Lt. Michael McNeil. "Pretty incredible."

After a call to 911, the senior was treated for dehydration and exposure and saved. Deputies honored Kallie by showing up in force on her special day.  Kallie met Search and Rescue volunteers on horseback and took a tour of ASTREA. Then, Undersheriff Kelly Martinez presented Kallie with a Medal of Distinguished Service.

Deputies located a missing man, but they also found something special in a little girl born to serve.

"It doesn't get any better than that. We've got a place for her in SAR when she wants to join," said Cowan.

"She stepped up that day," said Lt. Michael McNeil. "This is one of the best stories that I can recall."

When we asked Kallie how it felt to be called a hero, she told us, "Pretty good. It made me feel very proud of myself."

If your loved one has dementia, autism or other developmental disability, you can register them for the Take Me Home program. It's a confidential database with crucial information to tailor the search and rescue response. It has a photo helpful for the searchers instead of just a description. Deputies will know in advance if the missing person is afraid of lights or loud sounds such as sirens or if they need to take medications right away? For more information click here.

Kallie told us she wants to become a doctor or teacher when she grows up but after this experience, she may choose a career law enforcement.

WATCH RELATED: Good Samaritans save a lost cat in Vista after being lost for 6 weeks (March 2020)