Arya was told she looked so much like the super model Carmella Rose, she was selected to play Carmella as a little girl in a flashback video. 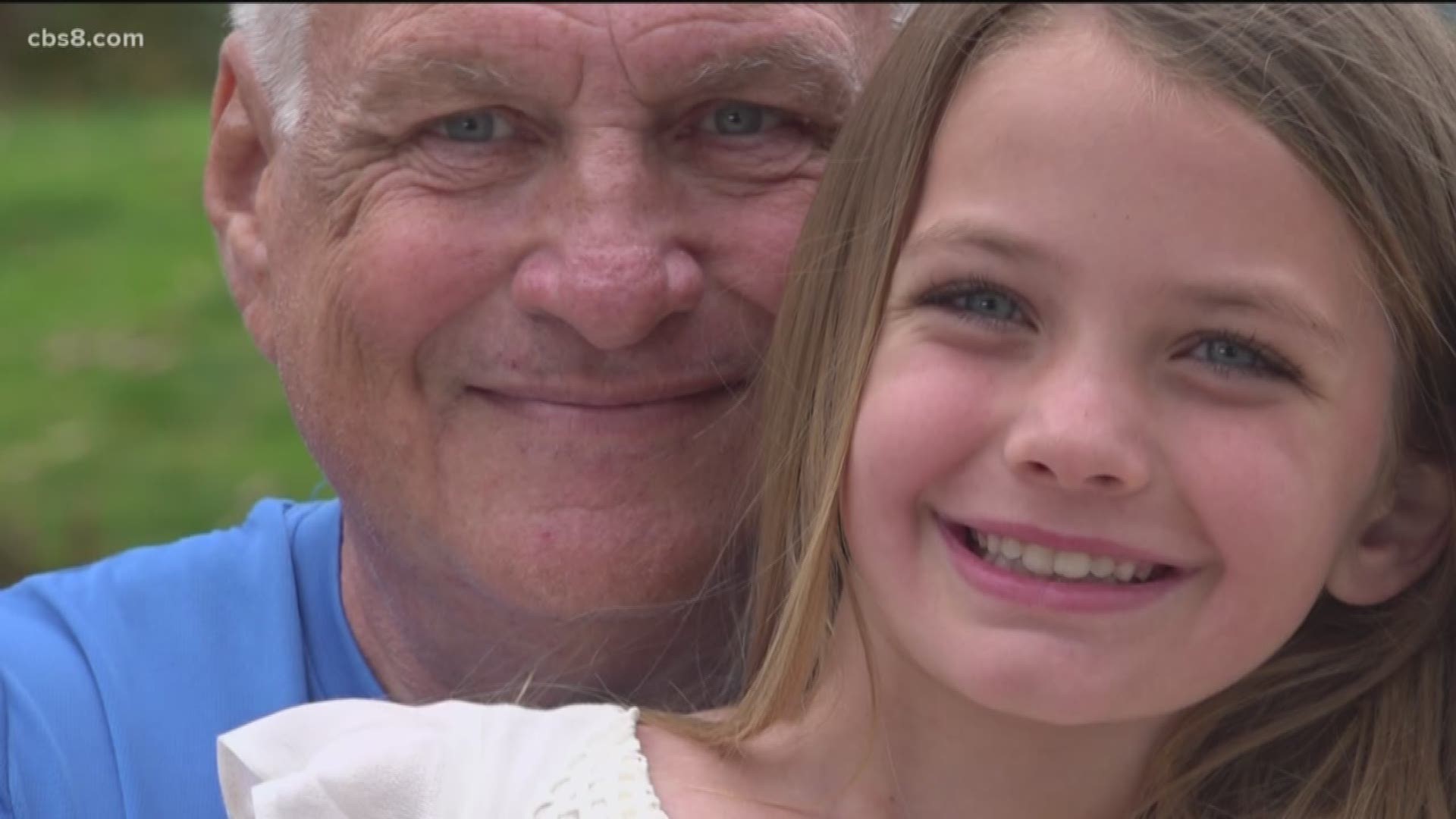 SAN DIEGO — Two years ago, Doug Siverly declared victory over stomach cancer by showing me his gigantic pants that no longer fit him.

In Friday's Zevely Zone, Jeff met Doug at a park in San Marcos.

"Seeing the words morbidly obese next to your name on the medical record was hard to see. A lot of weight gone there," said Doug.

He used to weigh 330 pounds and smoked a pack a day. When the doctor gave Doug six months to live he decided to fight for his life for his granddaughter Arya.

"It was as if my granddaughter was coming down the escalator as I was going up," Doug said with a tear in his eye.

Doug quit his 35 year, pack a day, cigarette habit. He also started eating healthy and lost 120 pounds. When Doug made the decision to live for Arya, he never dreamed she'd grow up to have a famous face.

Arya is seven-years-old now and a few weeks ago she unexpectedly won a modeling contest in Los Angeles.

When you catch a shooting star like that, you'd better hold on tight.

"I thought this can't be happening right now," said Arya.

Arya was told she looked so much like the super model Carmella Rose, she was selected to play Carmella as a little girl in a flashback video.

Arya is scheduled to meet Carmella in person, but what will she say to the famous model?

"I have no idea. I still can't believe this is happening," she said.

"Every grandparent thinks their grandchildren are the most beautiful on the planet but I knew that for a fact," said the proud grandpa again.

Doug beat cancer, so he could watch Arya grow.

"She is a special gal," said Doug. "Just a drop of sunshine that's what she is to us."

Watch the viral video below.