A Chick-Fil-A record: Rancho Bernardo man eats at Chick-Fil-A more than 100 days in a row

"I don't know of anybody else who has eaten 105 days in a row," says the owner of the Carmel Mountin Mountain Ranch Chick-Fil-A. 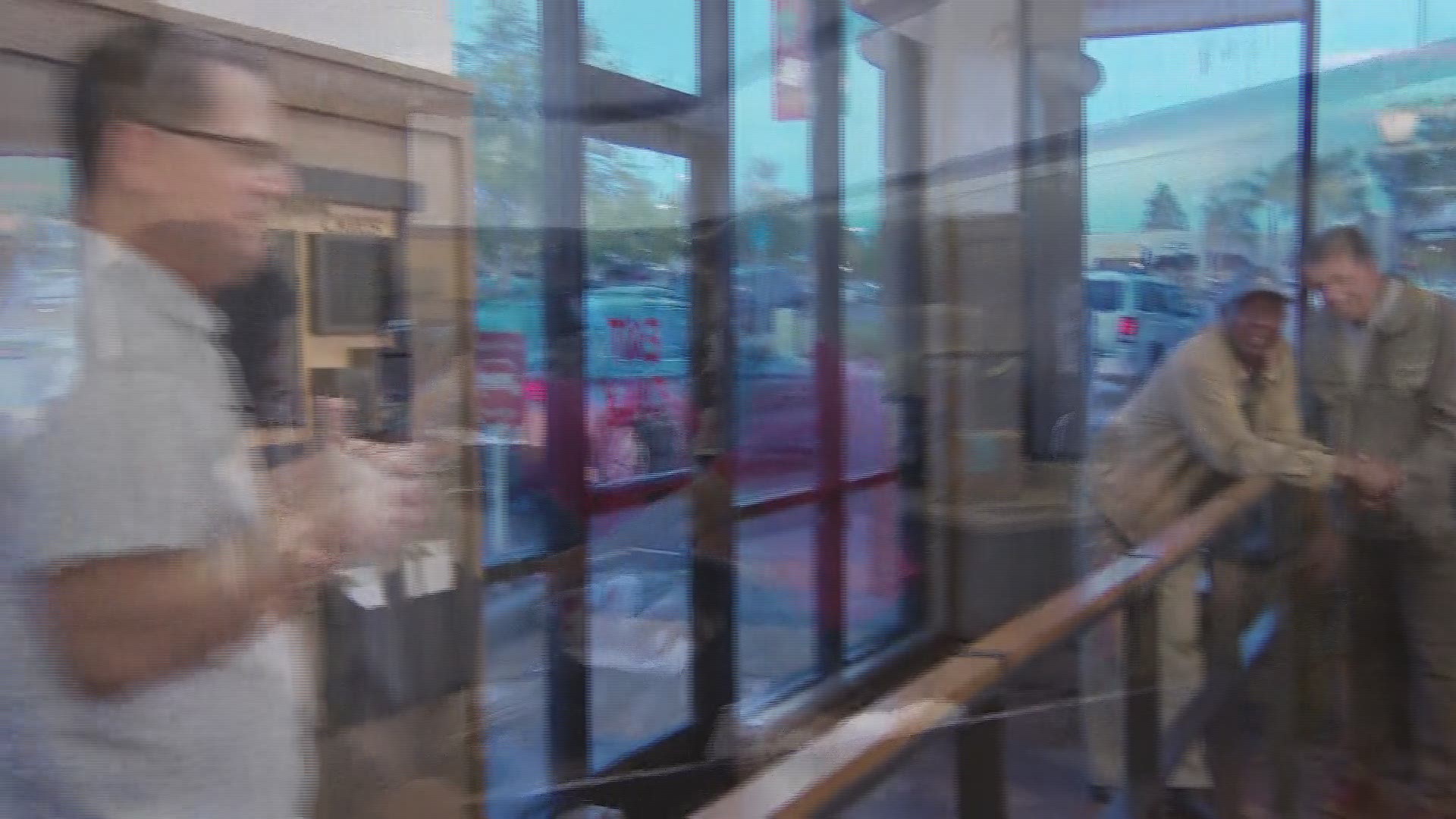 Some records are meant to be broken. At least what a Rancho Bernardo man thought when he read an article in the newspaper about his favorite restaurant. In this Zevely Zone, I went to Carmel Mountin Mountain Ranch to the Chick-Fil-A to meet a man on a mission.  "This is the Chick-Fil-A, this is my Chick-Fil-A, I like to call this my Chick-Fil-A," said Mark Mendenhall who eats at Chick-Fil-A so often the staff gave him a nick name. "Oh yeah, he's the mayor," said Ciara at the cash register.

"Hey, good to see you," said Mark to two people who walked into the restaurant. Everybody knows the Mayor of Chick-Fil-A.  "How are you doing? Good to see you," said Mark greeting tow more customers. "It's like he's running for office," I said because Mark is the center of attention for what he just accomplished. A few months ago, he spotted a news story out of Atlanta about a teenage boy who broke a record by eating at Chick-Fil-A more than one hundred days in a row. "I thought, I can do that," said Mark. So on the very next day, the streak began. "I took a picture outside this Chick-Fil-A holding up the number one that was my first day."

Except for Sunday's when they're closed, Mark's celebrating 105 days in a row. "I don't know how you did it but you did it," said another Chick-Fil-A employee passing by.  There were close calls.  On Day 15, Mark was at Disneyland with his family. He drove back to the same Chick-Fil-A in Carmel Mountain Ranch to keep the streak alive and drove back to Disneyland. What did the Mayor's wife think about that?

"Sometimes you got to let them do what they want to do," said Laura Mendenhall.

Mike Weeks, the owner of the restaurant, says Mark is as loyal as they come.  "Is this a record?" I asked.  Mike said, "For us yeah I don't know of anybody else who has eaten 105 days in a row."

"I'll take a number one and large diet coke," Mark is back at the counter ordering more food. The streak is raising money for a Poway's Adopt-a-Family program.  The Poway Unifed School District program helps families in need for the holidays with gifts, clothes and grocery gift cards?  "Each child is provided clothes and few items from their wish list," said Dorinda Soucek.  She says 25% of the proceeds on this night will help families in need this Christmas.

So when does this game of chicken end? "The reality is it stops when we go on vacation," said Mark.  But he just found out there's a Chick-Fil-A in Palm Springs too. "We'll probably end up at Chick-Fil-A," said Mark's wife Laura.

And order what I asked, "Chicken sandwich?"  Mark replied, "Yes."