If interested, Athena Racing is always looking for sponsors and corporate partners to grow their program. 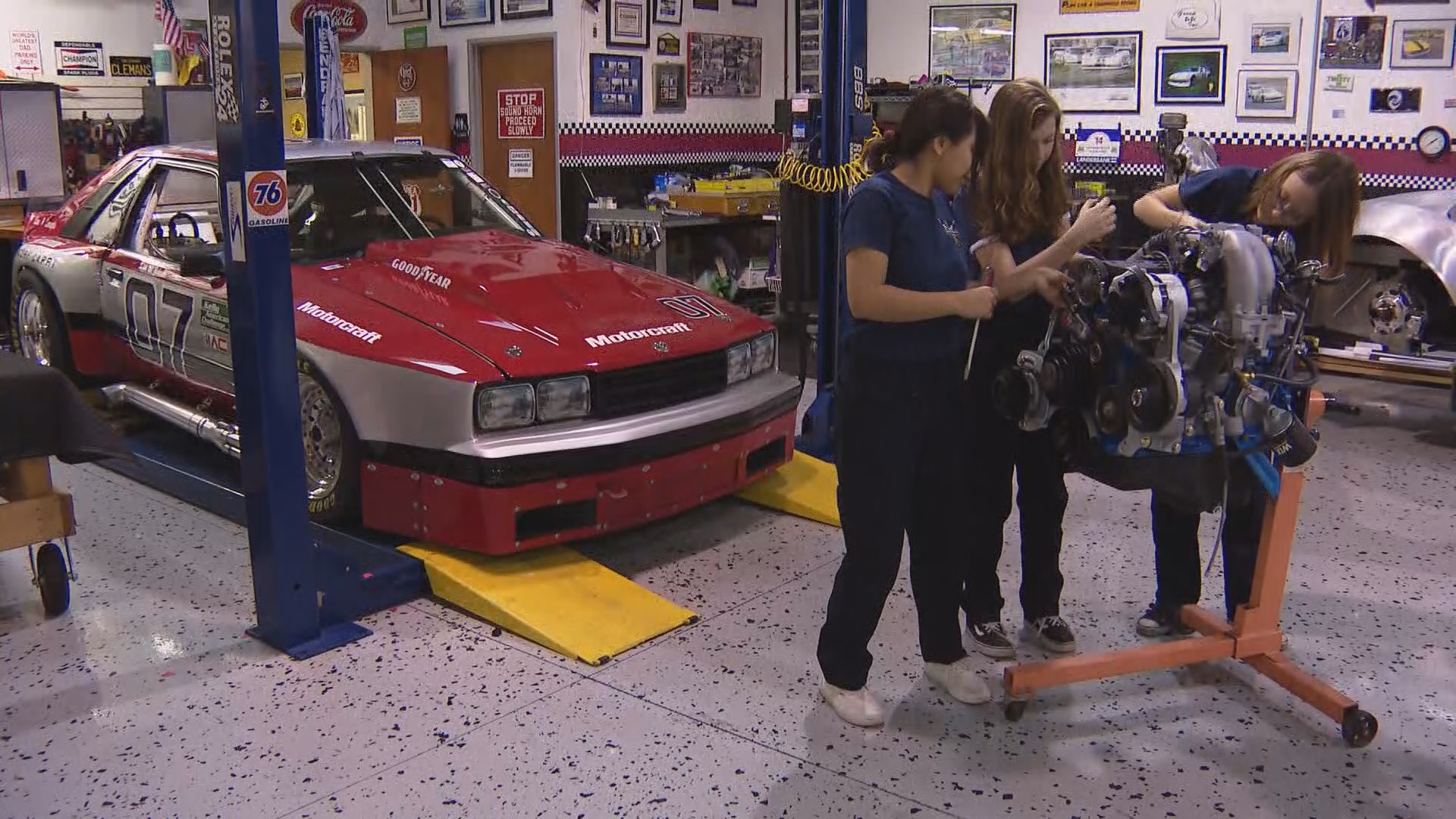 SAN DIEGO COUNTY, Calif. — More than a two million high paying jobs that require a STEM Education go unfilled in the United States every year and many of those jobs require rolling up your sleeves and getting your hands dirty. In this Zevely Zone, I went to San Marcos to meet an all-female team for high school students who are on career paths related to automobiles, engineering, robotics, or design. I met with the founder of Athena Racing, Loxley Browne. The only thing she loves more than fast cars Is teaching the next generation of girls how to get paid on and off a race track. "My father bought me a Mustang," said Loxley who grew up in Georgia and always dreamed of putting together an all-girl racing team.

So let's meet them:

"I'm Rosy and they call me Rosy Posy."

"I'm Leslie and they call me Paloma."

"I'm Emily and they call me Archer."

"I'm Adeline and they call me Green Bean."

Just to sit in the drivers seat on this squad, the high school girls had to drive fast and write a 750-word essay. Thirty girls tried out for the Athena Racing Team but only seven made it. "This is like the Olympian training for the girls who want to be the engineers, the designers and the drivers," said Loxely.

She says the automotive industry is mostly a man's world which exactly why Loxley named her non-profit program after a Greek Goddess. "Athena is the Greek Goddess known for wisdom, strategy and courage," said Adeline.

It takes some courage to say I want to take that engine apart and then put it all back together. The girls were in a large garage working on an engine. "This is where the turbo charger is," Izzy told me. She says she's one of the only girls in her auto shop class and the boys often tune her up. "They pick at me all of the time about it but I'm the one on the track, said Izzy.

In January, the new program is investing in seven Mazda Miatas so that girls can push the cars and themselves to the limit. Loxley and the girls moved from the garage into a meeting room. "Each one of us comes up with different places where we can go," said Loxely. The team loves to race but they are also learning how to park it in board room and make a budget for their racing season. "Okay girls who is going to be a CEO at this table okay show us that muscle?" said Loxley.

These days if you want to put some muscle into a muscle car, you master science, math, and technology. "I want to be an automotive engineer when I get older," said Emily. Loxley then added, "This is what I wanted when I was 16 years old, so I put this program together specifically for those girls who are geeks and nerds to do the things that most people don't think girls would love to do. We are creating renaissance women who are going to be able to do anything years from now.

So, just a warning guys, five years from now these are the faces you'll find waiting for you a the finish line. Athena Racing empowers young ladies who are the "nerds," the "game-changers," the "status quo demolishers."

Their intensive one-year scholarship program gives them hours in the classroom coupled with track time where they will learn a multitude of skills that will benefit them throughout life. As their knowledge and experience blossom, the students experience competition on the home track as well as traveling to regional races.

RELATED: A Chick-Fil-A record: Rancho Bernardo man eats at Chick-Fil-A more than 100 days in a row