'A Little Red Monster in Quarantine' book to benefit children living in poverty and inner-city youth. 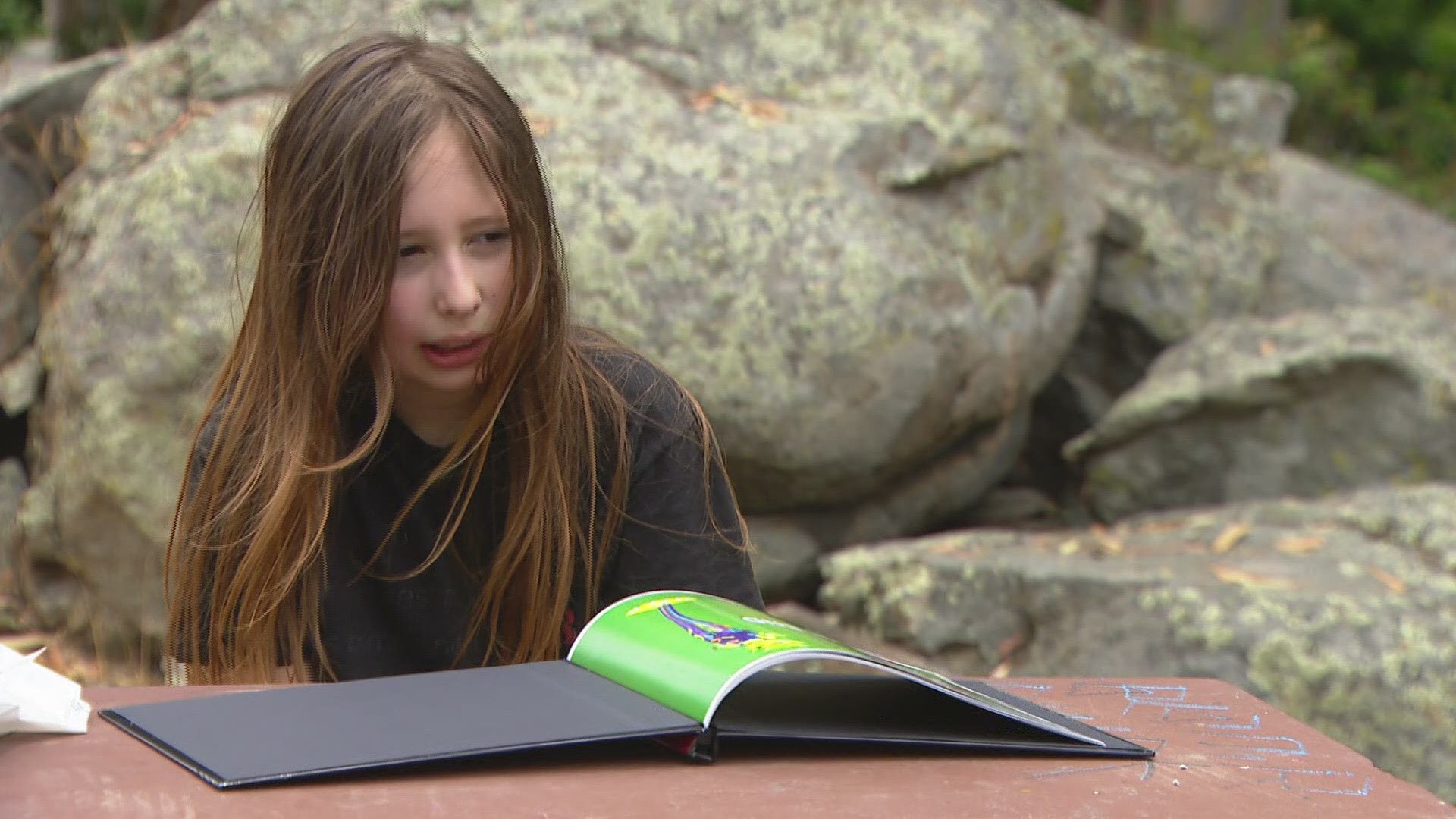 VISTA, Calif. — A 10-year old boy with autism put pen to paper during the pandemic's stay at home order.  In this Zevely Zone, I met a fourth-grader from Dana Point who is raising awareness and money for those in need.

Genius comes in many forms. Ramses Sanguino is a gifted ten-year-old with autism who can speak many languages. "I think it's eight. English, Spanish, Russian, Greek, Chinese, Japanese. The last two are Hebrew and Hindi," said Ramses.

Ramses' mother Nyx says as a young boy her son memorized every country in the world and then the periodic table. "He doesn't communicate in a way that we do," said Nyx.

During our interview, the fourth-grader was drawn in by the park's surrounding trees.  Using his hands we watched him make signals and communicate with what he was seeing.

"He analyzes everything by numbers and shapes so he is making with his hands what he is seeing in his brain," said Nyx. "He has been doing that since he was a baby."

Nyx says mothering a brilliant mind like that can be challenging.

"[It's] really hard, I am not going to lie. I had like four panic attacks this morning," said Nyx.

Which is why during the COVID lockdown, she was so proud of Ramses when he suddenly claimed his little brother, Eros, inspired him to write a book called 'A Little Red Monster in Quarantine'.

"I just feel worried about the other people," explained Ramses who read his book to me, "There once was a little red monster quarantined in his house."

The moral of his story? Wearing a mask may be confusing for all of us and especially his little brother, but for the little monster and main character of his book, "In that moment he understood that by staying home he was saving lives. He was a hero."

Staying healthy for yourself is noble. The gift of life is a reward Ramses can explain in almost any language.

All proceeds will benefit children living in poverty and inner-city youth.

You can purchase 'A Little Red Monster in Quarantine' on Amazon.