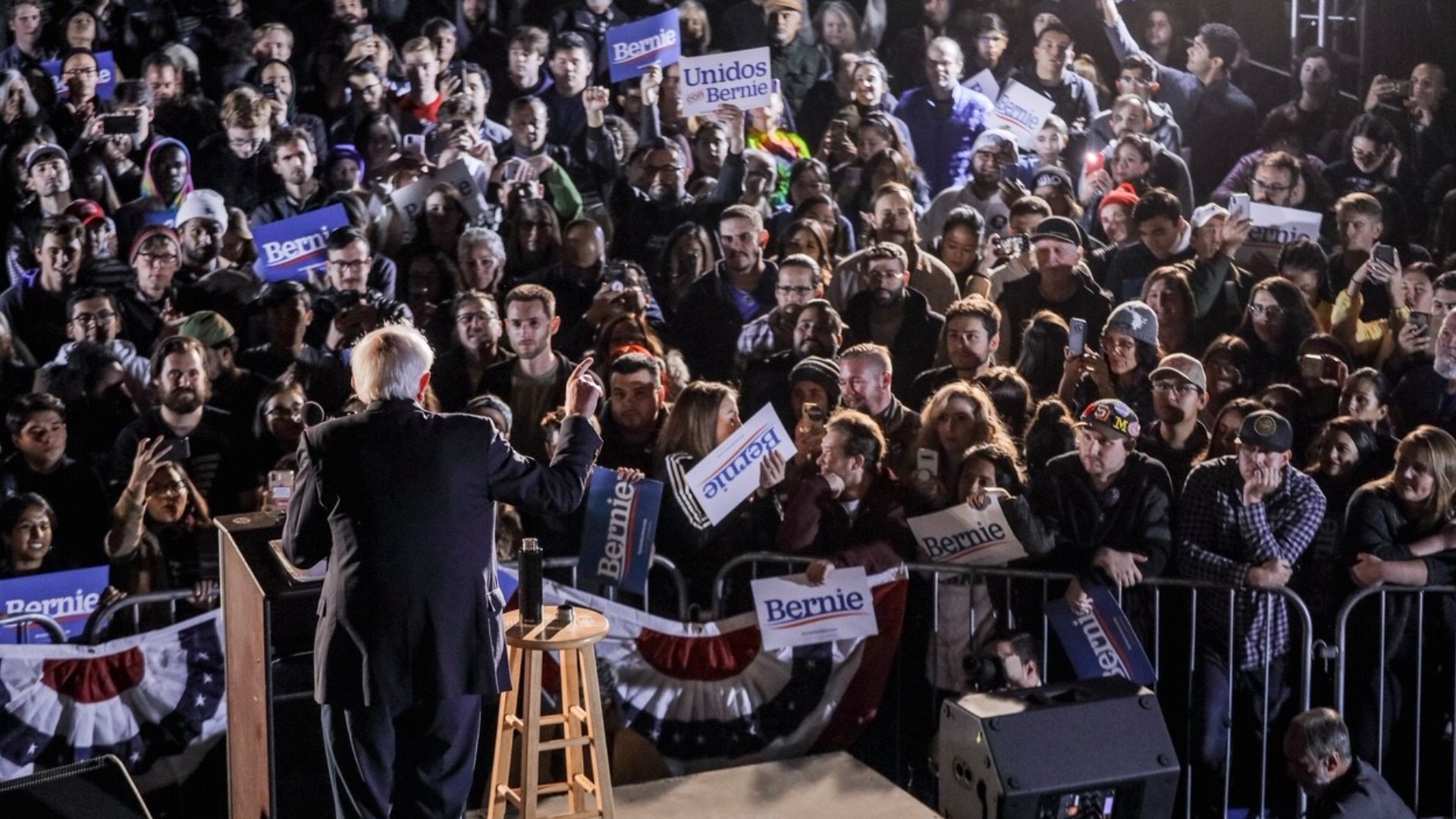 TEMECULA, Calif. — Senator Bernie Sanders may have dropped out of the 2020 Presidential Race but the memories from his campaign will never fade for a Temecula photographer. In this Zevely Zone, I met the man who captured the senator's every move on the campaign trail.

The number of pictures he took doesn't seem possible in such a short time.

In 2019, just about the time when America was just starting to "Feel the Bern," Bryan was laid off from his job and decided to take a drive.

"I heard there was a Bernie Sanders' rally in Los Angeles and I had my camera gear and I had everything in the car so I said 'well, I don't have any work today, I am going to go see Bernie Sanders'," said Bryan.

He couldn't believe the size of the crowd or his luck, the picture he took of Bernie Sanders went viral.

"Was there a moment where you thought 'That is the picture'?" I asked.

Bryan told me, "Yeah. It was the photo of him in front of this massive crowd of people. Just that perfect shot."

The very next day, Bryan followed Bernie to San Diego.

"You were stalking Bernie Sanders?" I asked.

Bryan laughed and said, "Yeah, I was the paparazzi."

Then suddenly he was employed after being offered a job to be Bernie's official presidential campaign photographer.

Bryan grew up in a conservative household in Temecula, so what did his father say when he informed him that he was going on a road trip with Bernie Sanders?

Credit: Bryan Giardinelli
Bryan likes to shoot from a ladder

Bryan said it's nearly impossible to describe the whirlwind of it all; 21 states, 185 cities, a half a million screaming people at rallies with full access.

"I was with the guy every day," said Bryan.

His favorite moment was shooting hoops with Bernie at a bar in San Diego's Gaslamp.

"He is a really good shot. He is really, really good at basketball. He could go up against some of the best. The guy has got some skill," said Bryan.

Bryan traveled the country, met thousands of families, and said America is filled with a lot of good.

"Absolutely. This country is the best place in the world," said Bryan.

"What you see is what you get with Bernie Sanders. He's just a genuinely good person," said Bryan. "I'm not a Republican, I am not a Democrat, I am an American. I am someone who want to see the things we were doing come to fruition."

RELATED: 'Background checks' are a new hobby when watching television

Bryan said he always addressed Sanders as Senator Sanders and not Bernie, not because he was told to do so but because Bryan felt Sanders deserved his utmost respect.