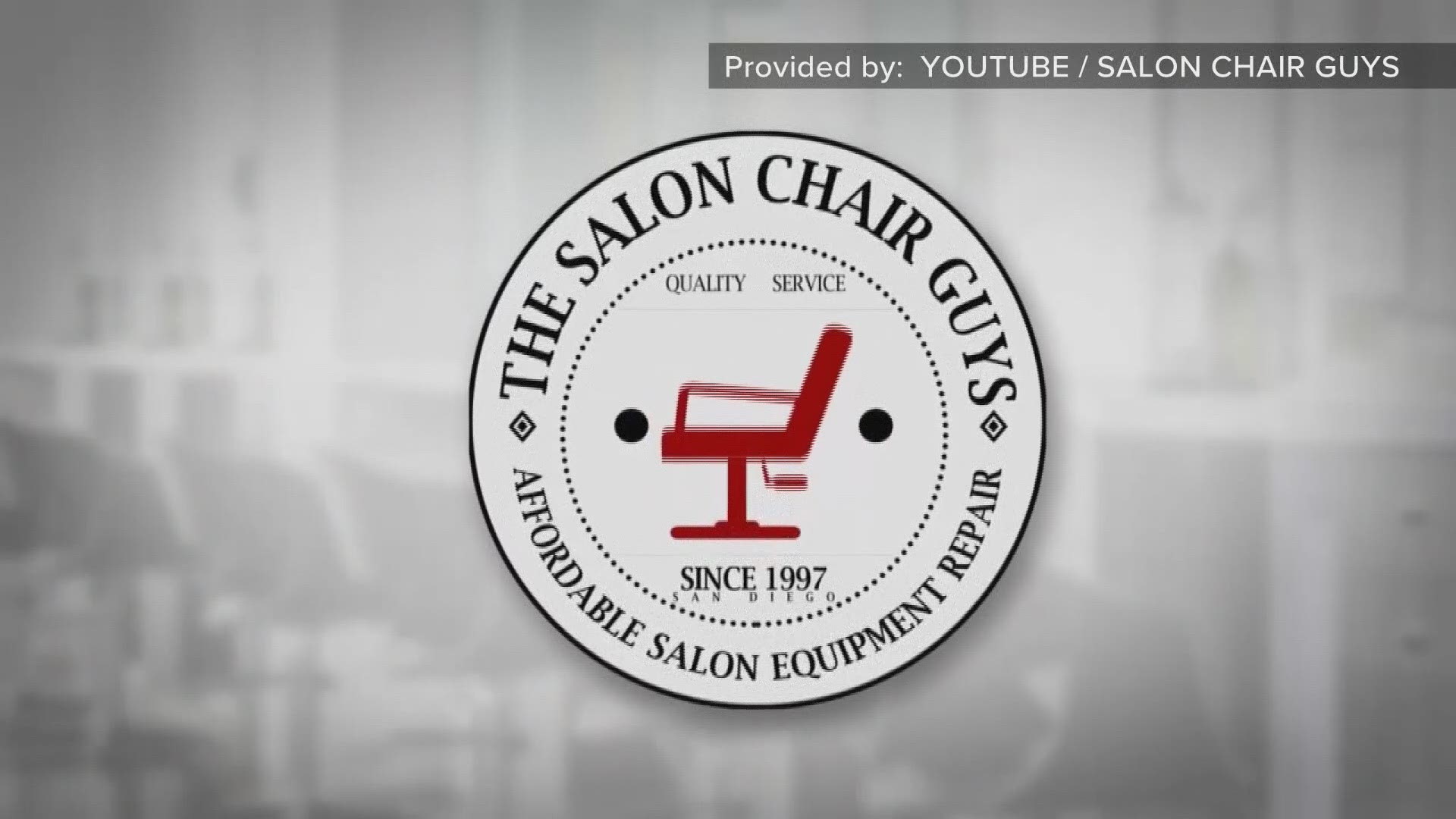 LA MESA, Calif. — If you really want to create change, you lead by example. In this Zevely Zone, I went to La Mesa to meet "The Salon Chair Guys".

Back in the 1990's, a hairstylist by the name of Danny Larry discovered there were big bucks to be made in the barber business shining up old salons. Danny Larry teamed up with his son Daniel who then combined forces with his best friend Brian Moses and together they're very proud of their black-owned business.

When it comes to salon equipment and service, The Salon Chair Guys have been the go-to for salon and barbershop owners throughout Southern California for decades. For those following the Black Lives Matter movement, they offer this advice to other African Americans who want to someday own their own business.

"Do it. If you think about it you can do it," said Brian Moses. "It's great to be someone who can work for themselves and do what you would like to do and do something that you enjoy doing and then be able to provide for your family."

The Salon Chair Guys have nearly a thousand customers between San Diego and Los Angeles one of which is located in La Mesa directly across the street from where two buildings burned during the rioting.

"We watched them break the windows downstairs and we could hear them breaking the windows next to us," said Kim Creekmore, owner of the salon Cultivate. Kim says the signs of unity that are posted in front of the burned down businesses say it all. Those signs read "La Mesa Strong" and "Black Lives Matter".

"I am so proud of people for people for getting out and fighting or equality I mean the fact they have to fight for equality is beyond me," said Kim. The stylist has been a longtime customer of The Salon Chair Guys and supporter of the company's non-profit organization.

"Love your Chair is our non-profit it has allowed us we've been running that for three years it's allowed us to get stylists and barbers involved in the community and give back," said Brian. Hundreds of children in need have received free hair cuts and backpacks along with encouragement for success.

Just like an old barber chair that can take apart then rebuilt to be better than ever, Brian Moses believes in America.

"Yes, I do believe in my heart that change is possible. But you just have to be open to change," said Brian.

Brian says along with salon restoration they sell products for use as a cleaning detergent - to remove dirt, organic matter and product build-up in advance of a disinfectant. The non-toxic cleansers, likewise, are environmentally safe and do not contain harsh chemicals that damage chair fabric, vinyl and leather.

If you'd like to learn more about The Salon Chair Guys and their non-profit organization Love Your Chair go to thesalonchairguys.com/about-us.