Bonsall ballerina will dance at the Royal Ballet School in London

Keliah Peterson danced for social justice when a boy in Jacksonville, Florida made a plea for help 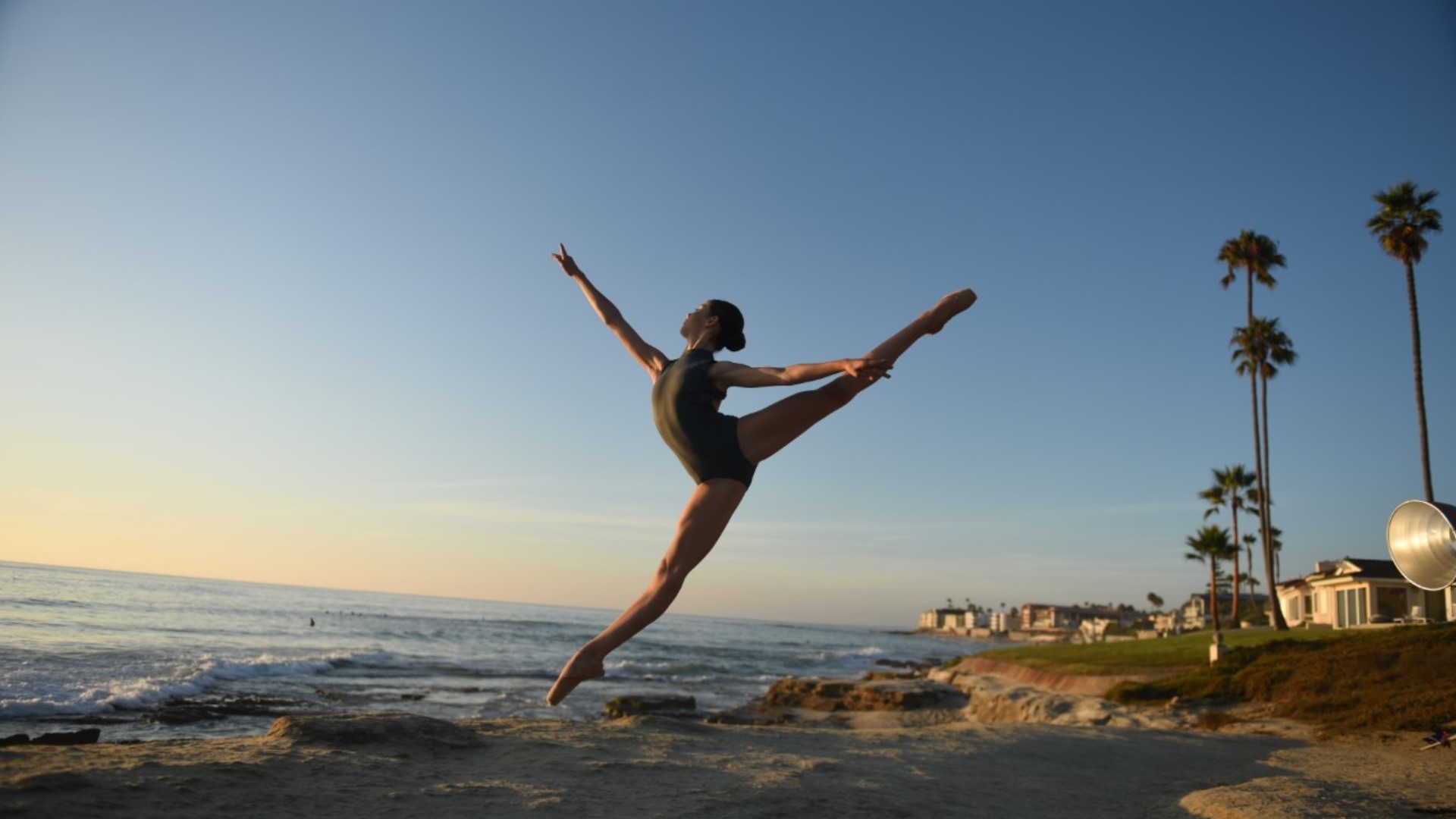 BONSALL, Calif. — When a 12-year-old boy in Jacksonville, Florida made a cry for social justice, a ballerina in Bonsall stepped up. In this Zevely Zone, dancers are sharing through their voice without speaking a word.

Keedron Bryant shared a heartfelt message on Instagram with a song that in part included: "I am a young black man, doing all that I can."

When ballet dancers from around the world saw the post they poured their hearts out in support.

"I just want everyone to be treated equally and get to do what they love," said 14-year-old Keliah Peterson.

She is a ballerina in Bonsall on point to someday become a professional.

"How hard is it?" I asked mesmerized by her moves.

"Dance is extremely challenging," she said.

In February, as an 8th grader, Keliah danced her heart out at a Los Angeles audition and was awarded a short-term scholarship to the Royal Ballet School in England.

"It was exhilarating. I was so happy because the Royal Ballet School is my dream company," said Keliah.

Casandra Infante, the co-owner of the North County Academy of Dance, said it's not often London comes calling.

"We love Keliah. So Keliah is enthusiastic and has been since she was little. It's one of the best in the world and so to have a little tiny dance studio from Bonsall have a kid get some kind of acceptance there - yeah, we are pretty excited," said Casandra.

Keliah's mother Hope is excited too, but the thought of her daughter stretching her legs across the pond?

"Are you ready for her to move to London?" I asked.

"Oh no, I'll never be ready for her to move to London," said Hope.

Yet as a mother, Hope said seeing her daughter express beauty on the inside and out is all she could have ever asked for.

Keliah participated in the video by dancing her emotions. Bonsall may be quaint but there's nothing small about the dreams or compassion of Keliah Peterson.

"Dance is one of those things where you get to express yourself through movement instead of words," said Keliah.

The 14-year-old said there's a freedom in dancing and that freedom is for everyone.

Keliah hopes to earn a full scholarship to the Royal Ballet School and someday dance professionally for a ballet company.