Noah Baird is a child actor with a new passion for shaping mini-surfboards. 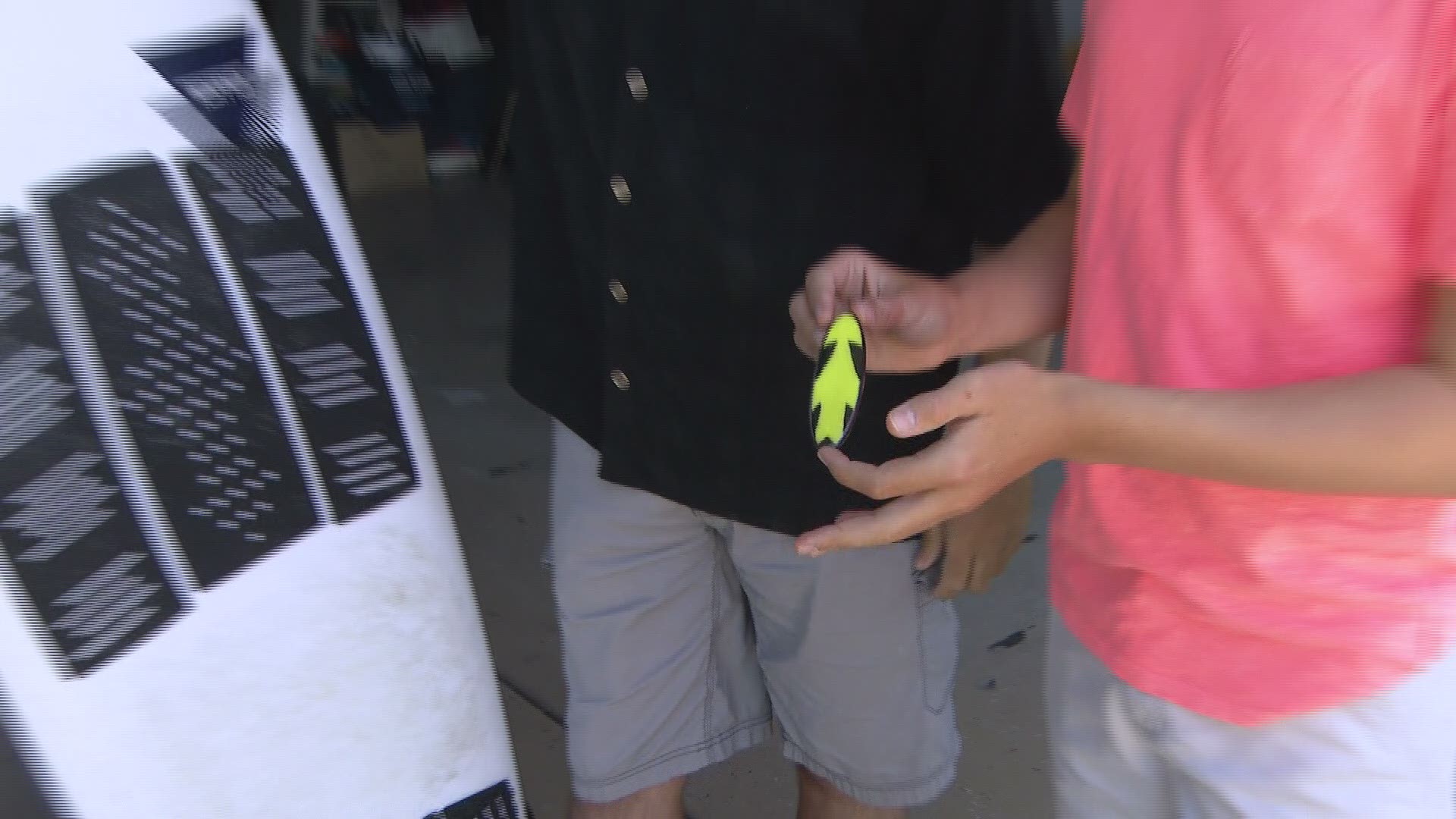 CARLSBAD, Calif. — How would you like a new custom surfboard shaped exactly how you want it for $15? In this Zevely Zone, I went to Carlsbad to meet a boy offering that deal to anyone who wants it with one catch.

"Almost more than anything in the world," said the 14-year old boy.

When Noah isn't in the ocean, he's dreaming about it and surfing with his fingers on tiny surfboards.

Noah's father, Daniel grew up surfing in Solana Beach and says his son has been bitten by the bug.

"Now he's the one who drags me out all of the time and says 'can we go? We are going, right? Can we go'?" said Daniel.

No, you can't paddle out every hour of the day, so Noah started his own business building what he calls Minishredders.

Just to be clear, Noah is making real surfboards but really small. Real fiberglass. Real resin. It's a real surfboard. It's a Minishredder.

Noah even approached the top surfboard shapers in San Diego and asked them how to craft the very best boards.

"You need to pay attention to how you cut the fiberglass, how you lay it how much resin you put on because you do sand all of that and how you make the rail," said Noah.

Imagine your favorite surfboard of all time in the palm of your hand.

I first met Noah three years when we profiled his acting career. He used to live in New York where he starred on Broadway. His most recent project is providing the voice of Boyd for Disney's DuckTales.

Noah's love for the ocean made me reminisce about all of my San Diego summers skateboarding and surfing every day.

"Any chance you'd take little Jeff on one last epic ride?" I asked.

I cut out a picture of me when I was a boy at the beach. Noah pasted the cut out to one of his Minishredders and away I went surfing a double overhead wave tarp in his garage.

"Yeah," I screamed from deep inside the barrel of the wave.

You know what they say: catch a wave and you're sitting on top of the world.

It takes Noah four days to handcraft each board. If you'd like to learn more about Noah's company or order your own custom board go to his Instagram page at www.instagram.com/minishredders.official.