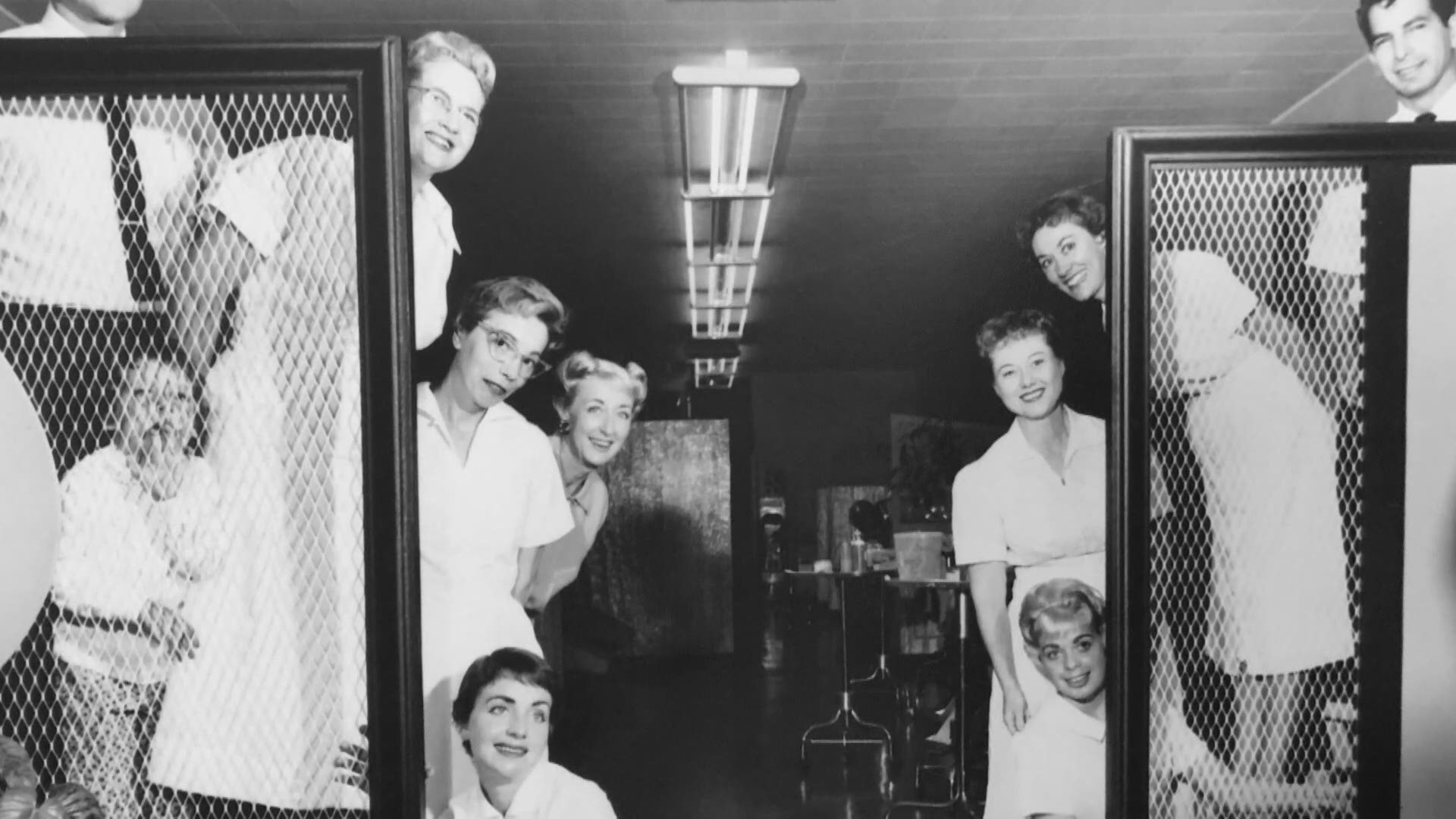 CARLSBAD, Calif. — It takes guts to be the family member that changes their look 150 times.

At Salon Adair in Carlsbad, hair styling is all in the family.

"This is my great grandmother, Phyllis Adair. Maxine Sullivan was my grandmother. She owned Maxine's Backdoor in Redlands, and this was my mom, and I didn't even know she was in the picture until I blew up the picture at Costco and said 'who is that little girl?' and said 'that's my mom,'" said Chelsea.

Chelsea is now a mother herself with four children and a salon of her own.

Chelsea has appeared on TV shows like The Look: All Stars.

She has also flown to the Hamptons to work on Fergie.

"Are you nervous when you do that?" I asked.

"It was little nerve wracking," she said. "I worked Coachella before, so I had had a little experience and had to to calm the rest of the team down."

Chelsea changes her look almost every month, like when she made Mix Master Mike from the Beastie Boys stage-ready.

"He was actually the first celebrity I got to work on," said Chelsea.

"Here is Keith Urban," she said.

To which I said," You look different in every picture."

Chelsea said she's had at least 150 different looks and said it's not uncommon for her clients to enter her shop and walk right up to her and say "have you seen Chelsea?"

Chelsea said she didn't open her own salon to play it safe.  She recently dropped ten pant sizes and 80 pounds.

"You know, if I change, my clients don't fear change. It makes them realize there is more than one look they can have," said Chelsea.  "I lost my mom about 10 years ago and her famous last words to me were 'please don't open your own salon.'"

However, she did just that, and now her 8-year-old daughter is following in her footsteps.

Sorry, Mom, but it looks like four generations of beauty is growing to five.

"Maybe I did make her proud," said Chelsea.

Her salon at Poinsettia Station in Carlsbad has won numerous awards.

Chelsea said no one has to be a one trick pony. You can learn more here.