The man called "Cab" forged his legacy by turning pools and half-pipes into canvases for his skate artistry. 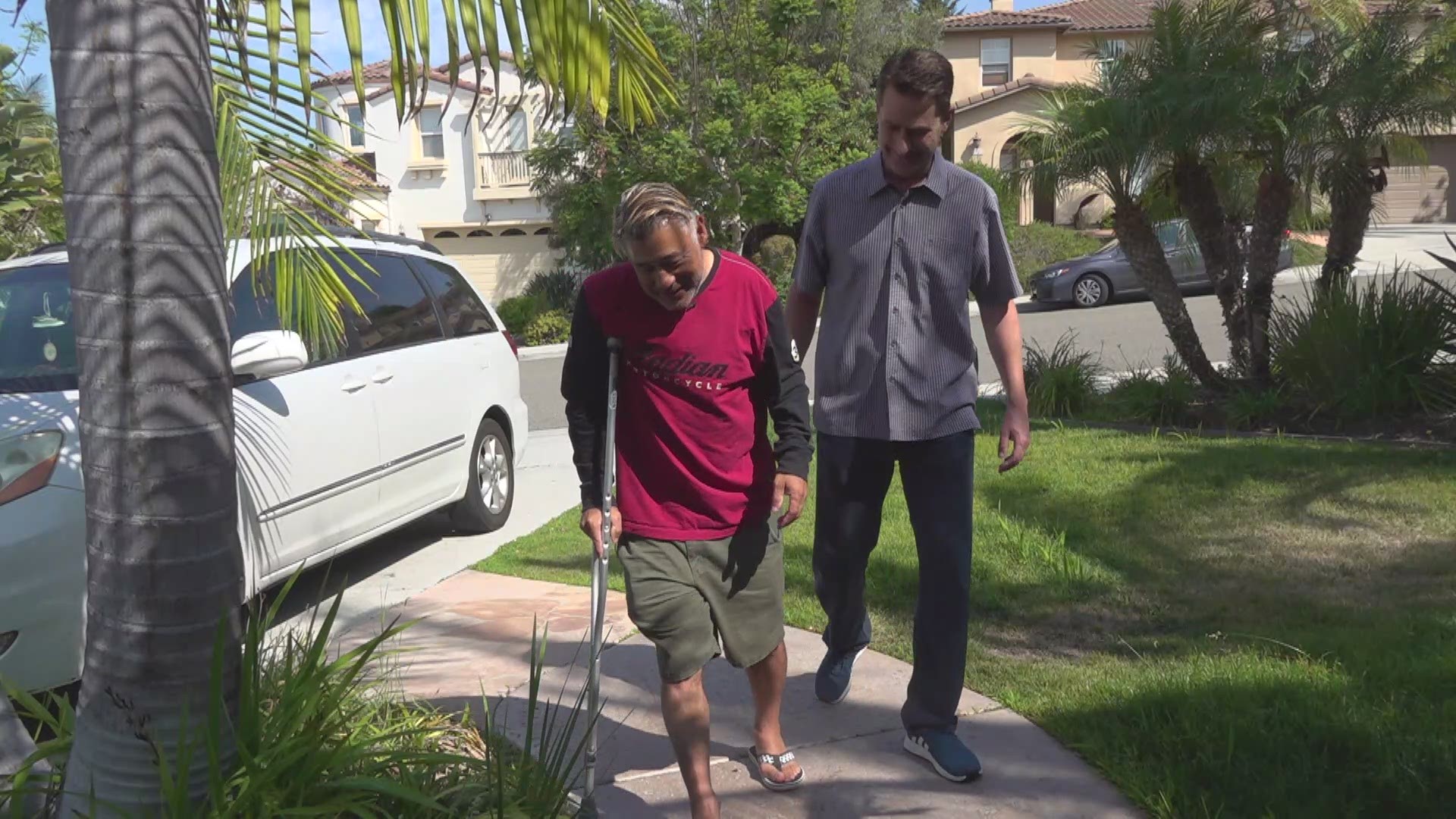 SAN DIEGO — What's even cooler than a brand-new motorcycle? How about a skateboarding icon taking his passion from four wheels to two. I went to Carlsbad to visit the home of Steve Caballero who was limping on a crutch when I met up with him.

"Yeah, I am healing up here," he told me, as we walked into his home which is also a museum of memories.

In his early 20s, Caballero became the world champion in both street and vert skateboarding.

You may have heard of Caballero – a legendary skateboarding icon and original member of the famed "Bones Brigade," the man called "Cab" forged his legacy by turning pools and half-pipes into canvases for his skate artistry.

Over the years, he has also become well-known for his extraordinary artwork.

"I am pretty sure I wore your shoe," I said while surrounded by Caballero's own shoes.

"Oh, yeah the Vans Half CAB. That was another unique opportunity that was presented to me - one of the first signature skateboarding shoes for Vans," Caballero responded.

"Star Wars" even teamed up with Vans to make a black Half Cab Darth Vader shoe and a white Yoda shoe.

Steve is skateboarding royalty and he still pals around with Mike McGill and Tony Hawk.

"It's amazing, you know. It's cool - I go over there for Halloween, Fourth of July. Tony invites me to movie premieres," said Caballero.

Caballero is a father of three now in his 50s and recipient of a lifetime achievement award.

"The awards keep coming?" I asked.

Caballero loves riding motorcycles almost as much as he loves skateboarding and he recently broke his leg going too fast which freed up time for his artwork.

Indian Motorcycle asked Caballero, along with four other world-renowned artists, to design a limited edition tank cover for their FTR 1200 Artist Series. The tank covers were recently unveiled at an international motorcycle event in Biarritz, France called Wheels & Waves.

"I was blown away when I got that call from Indian saying that they picked me as one of the artists to represent them and the company," said Caballero.

Art has always been a hobby for Caballero but taking things to the next level is in his DNA.

"My inspiration is Evel Knievel. He was the epitome of courage," he said.

Caballero's has an impressive collection of memorabilia that includes hundreds of Evel Knievel items.

"Is that an Evel Knievel pinball machine?" I asked.

"It is," Caballero responded as he showed me his Evel Knievel bike.

I have watched both Evel and Caballero launch their bodies in the air. It takes a special person to jump when they don't know exactly how they'll land.

"I think I have a little loco in my head, a little bit," said Caballero laughing.