Childhood garage band in Pacific Beach is all grown up

The Go Heads started off as a elementary school talent show act a decade ago. 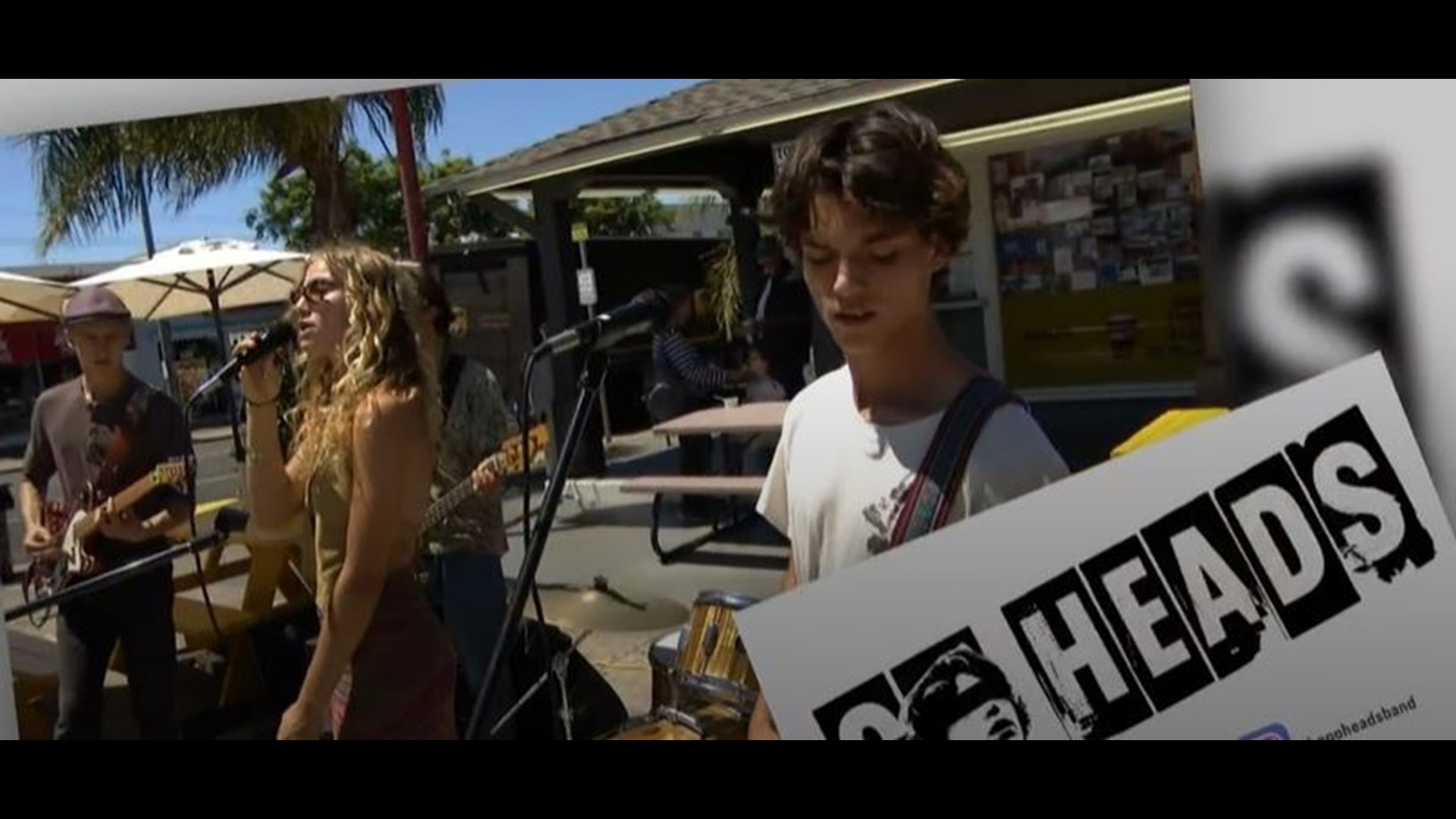 SAN DIEGO — Some of the biggest bands in the music business have broken up, so what does it take for a band to stay together on stage for more than a decade?

In tonight's Zevely Zone, I went to Pacific Beach to meet The Go Heads, a childhood band that's all grown up. What started out as a third-grade talent show act, has evolved into the sound of Pacific Beach. If you don't know who they are, it's time you go ahead and get to know The Go Heads.

"It gets commonly mistaken for the Goat Heads, The Go Getters, The Go Aheads, so we need to really annunciate when we say this name," said band member Evan Sandler.

Evan's dad Dave Sandler manages the band that's made some changes but never broken up.

"I just they enjoy playing music," said Dave. "I can't believe it's come to this point what started as a simple talent show act at an elementary school turned into some talented musicians."

"These kids have worked together for so long and know each other so well they've learned to communicate their musical ideas instinctively. It's like they can finish each other's sentences, but instead of words, it's with their music," said Dave.

Three of the band members are in college now, but the same song they played during our shoot called "Girly Girl" they played as children. The band was originally named Dr. Jekyll and Mr. Frostie which was why they organized the jam session at Mr. Frostie in Pacific Beach.

What began as a variety show act at Pacific Beach Elementary School when the members were around 9-years-old has evolved into a strong up and coming band.

The Go Heads have officially been together just over 10 years; the members now between the ages of 17 and 19 released the culmination of all those years together in their first 12-song LP entitled, "The Suspect."

"I think it's mostly due to the fact that we all went to the same high school," said Drew Tolley. The four boys in the band all graduated from Mission Bay High, where lead singer Brianna Eckenrod is still a senior.

"I am just so proud I have no words," said Brianna's mother Donna who attended the jam fest with Peg Reali. Peg has contacts in the music industry in high places.

"I think so and they would think so too, yeah," said Peg who plans on sharing what she's hearing with music promoters. "This is good dancing music," said Peg.

The album was produced by Andy Tolley, the drummer's father.

"They came in and they literally nailed, they nailed everything almost on the first take," said Andy. As the kids have grown, so has their music.

"We've seen these kids since they were in elementary school. These kids deliver," said Brianna's grandparents, Beth and Jim.

"I want to take this as far as we can," said band member Noah Kapchinske. If the sweet taste of success comes calling, The Go Heads might just be waiting at an ice cream shop in Pacific Beach.

"That is probably why we stayed together so long because we all just in it to have fun and to make music with our friends," said Noah.