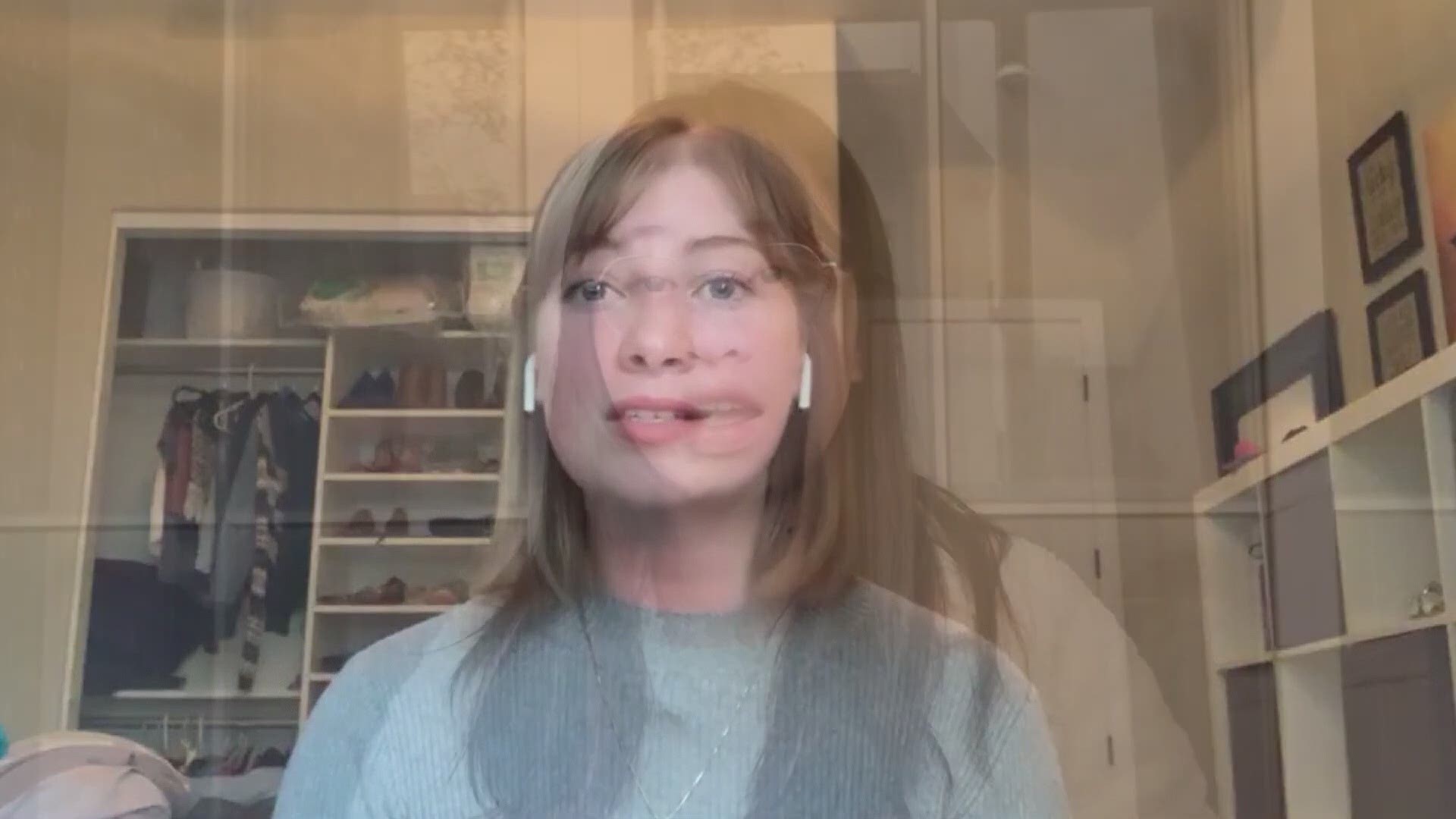 SAN DIEGO — Children in the United States and China  are teaming up to sing about unity. In this Zevely Zone, Jeff is in Scripps Ranch to meet makers of a video that's being shared across the world.

In a virtual world, the voice of a child is stronger than ever. During these times of uncertainty, Chamber Bravura has teamed up to collaborate with members of the collegiate choral programs at NYU Shanghai and NYU Steinhardt to perform Flashlight, a song with an uplifting message of hope for the community and the world.

"From China, from New York, Seattle, Washington here in San Diego," said Nick Aguilar who is a junior at Scripps Ranch High School.

Chamber Bravura, a San Diego choir, made the video that's spreading faster than any virus. "It's in LA, it's in Arizona, we're like how far it it going to go?" said Marina Sterling who is a sophomore at Scripps Ranch High School.

The song is called Flashlight. It was in 2015 by Sia Furler, Sky Montique, Christian Guzman, Jason Moore and Sam Smith made popular by Jessie J the 2015 film "Pitch Perfect 2."

"I think the message is getting through the dark times I mean having a flashlight, you don't just carry around a flashlight for no reason, it serves a very important purpose," said Savannah Ashley who is a freshman at Belmont University.

Students wanted to shine a light on first responders, health care workers, and anyone looking for hope so they teamed up on several Zoom calls.

"There is a silver lining in everything so whether it is the coronavirus or whether we can't even see anybody  there is always just a silver lining at the end of the tunnel," said 17 year old De Leon Boudreaux.

The group is comprised of students in middle school, high school and college students representing 10 states as well as 14 different cities across China. The group wanted to spread a message of hope and gratitude with the world to thank our medical professionals, first responders, and essential workers worldwide.

It was through music, performers discovered their similarities outnumber their differences.

"We were talking about school and what home life is like with the quarantine going on and yeah we are really similar," said Marina Sterling.

Students say it doesn't matter where the virus started, what's important now is uniting as one.

"In the words of Martin Luther King everyone is the same we are all man you and me we are all have blood we all breathe the same air," said De Leon Boudreaux.

Chamber Bravura is an internationally recognized a cappella choir. Membersrange in age from 10-18 years old. They have performed in Carnegie Hall, Lincoln Center and all over the world.