Cowboy Jack putting smiles on faces all over the county

Cowboy Jack once played at the Grand Ole Opry in 1989 and was introduced by Porter Wagner. 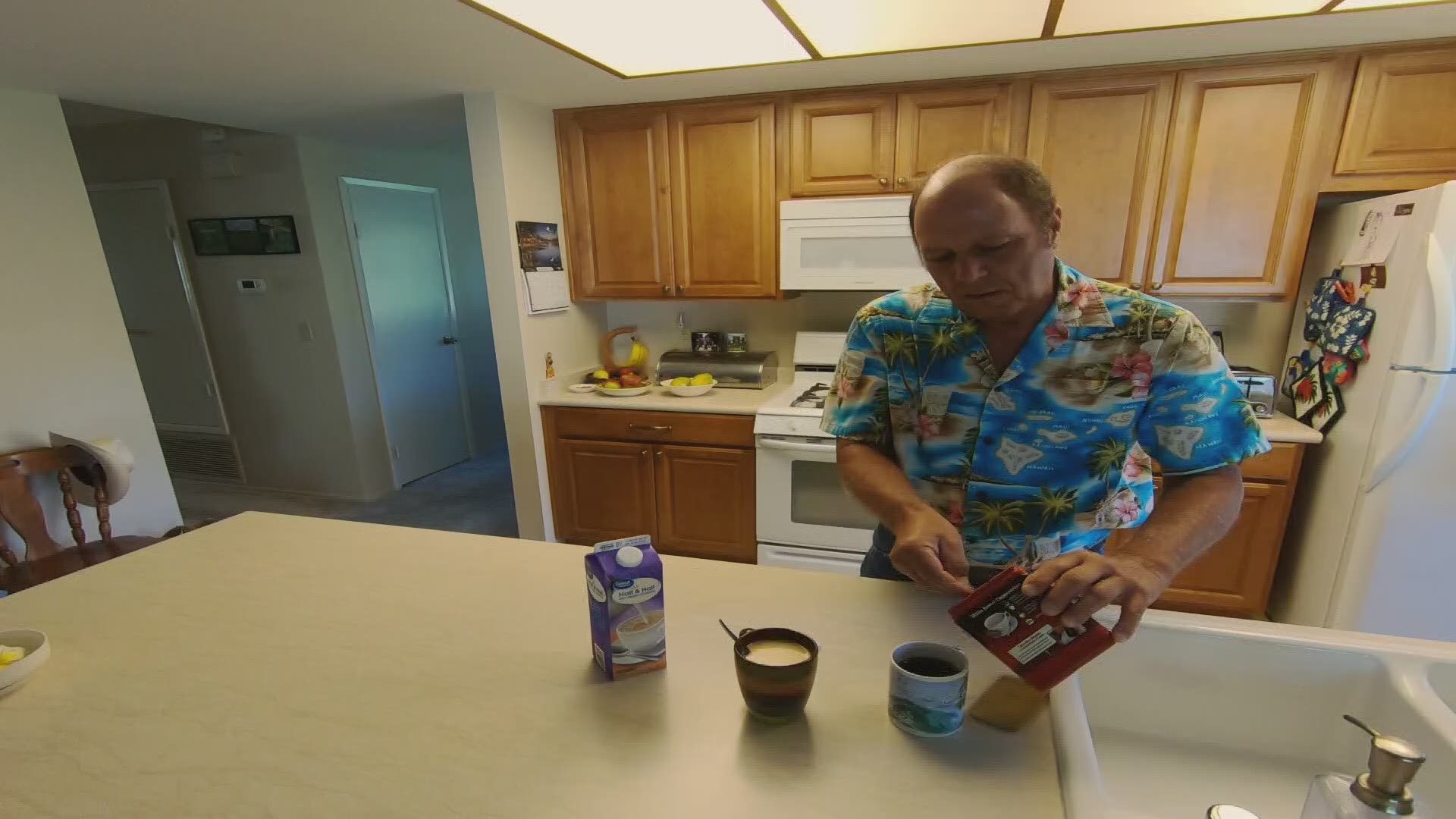 VISTA, Calif. — You never know when a cowboy might save the day... Could be at a boring party or at a retirement community. In this Zevely Zone, I went to Vista to say good morning to Cowboy Jack.

His name is Jack Johnson and his morning starts with a quick cup of coffee. "Here is looking at you," said Cowboy Jack with a wink as we sipped coffee at his kitchen table.Then it was out the door and off to work.

"Hey, everybody, good to see ya," says Cowboy Jack to a room filled with seniors.  The toe tapping fun on this day takes place at The Montera in La Mesa.

Born in Hawaii and raised as a well traveled ‘army brat’, Jack Johnson began his entertaining career while pursuing a college education. He spent summers working fairs across the country as a card trick magician. In the early seventies, he began playing guitar, harmonica, ukulele and singing in coffee houses and fairs up and down the coast of California.

"Whew man, when I came in I saw the lizards panting away," joked Cowboy Jack before launching into another country classic with his guitar and harmonica. "A lot of the ladies are here because of him," said Mercedes Margritz, the Executive Director at The Montera. Mercedes said nothing beats a hoedown from the heart. "I am not a country girl but I love when he's here, he's makes me dance and he makes me dress like a cowgirl," said Mercedes.

Cowboy Jack once played at the Grand Ole Opry in 1989. After Porter Wagner introduced him, Jack sang “Truck Drivin’ Man” and a Hank Williams, Sr. song, “There’s a Tear in My Beer”. With such a resounding response from the audience of 4,400 this inspiration drove Jack to put together a tribute band covering songs from Hank- the legendary pioneer of country music.

At this event he sang some Johnny Cash, "I fell into a burning ring of fire." "Who doesn't love Johnny Cash? I get up and sing along with him and dance," said Kellie Shearer. For the residents happy hour has never been happier.  "It just makes them laugh. It makes them feel young. It brings back them to being young," said Karina Perez. "They are happy, they are enjoying what they are seeing the way he is interacting."

Who says a cowboy can't stake his claim in a beach town? Cowboy Jack has done just that and wraps up this concert with a John Denver classic.

Pretty cool to see a great guy offering a little assistance...  to assisted living.     Jack graduated from the University of California at San Diego with a bachelor’s degree in Sociology.

To learn more about Cowboy Jack or have him play at an event go to his website.