Coyote Peterson discusses being stung by a murder hornet

Coyote Peterson was famously stung by a murder hornet. So, what was it like? 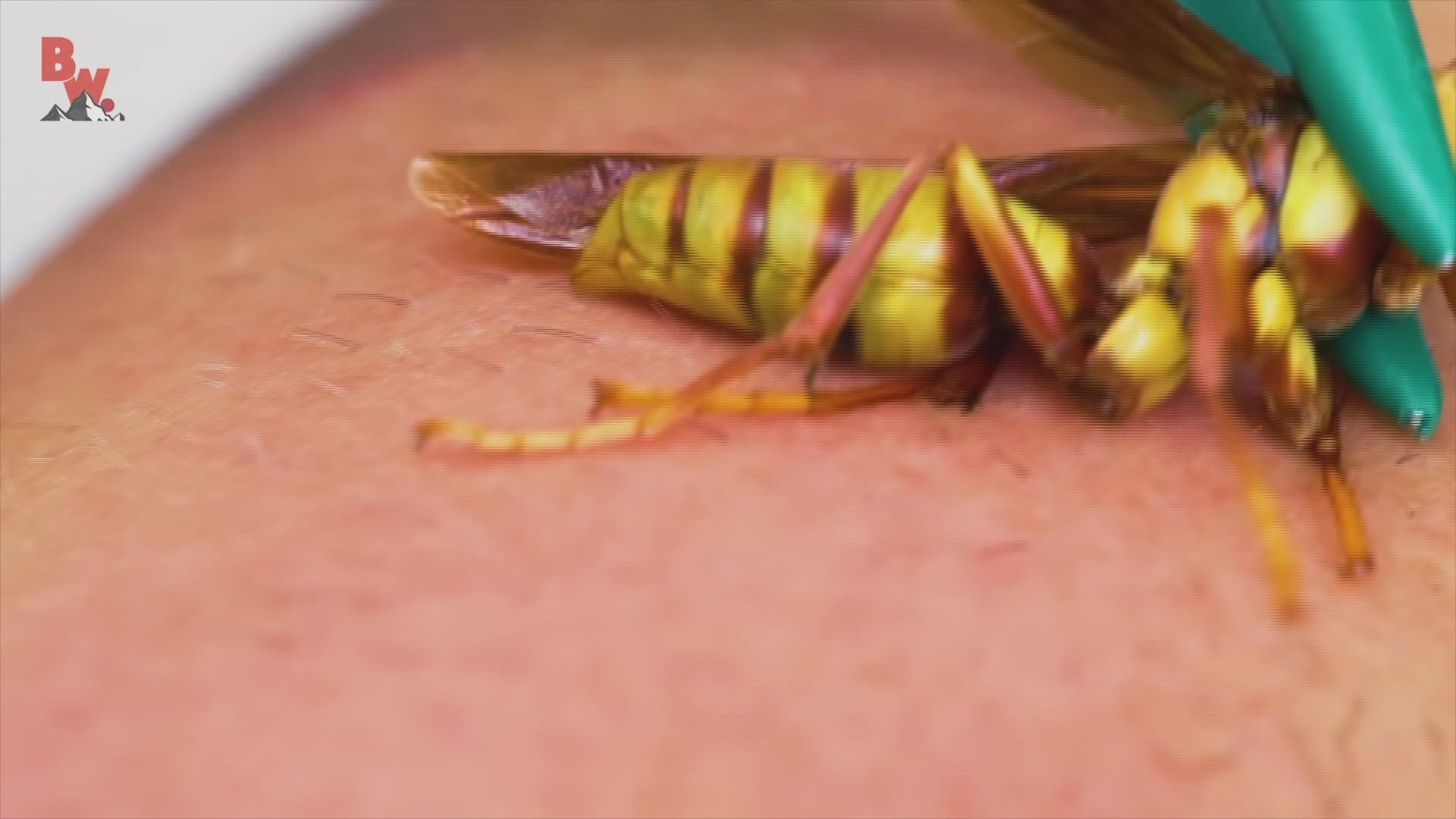 SAN DIEGO — Twenty million people have watched the insect known as the "murder hornet" sting a host on Animal Planet. In this Zevely Zone, I had an important question for Coyote Peterson.

But first, let's discuss the viral video. If you haven't seen it, Coyote Peterson was famously stung by a murder hornet.

"How many people have viewed that video?" I asked over video chat.

Coyote told me, "I'm not [sure of] the views at this point, but I think it's somewhere to the tune of 20 million views though at this point."

I told him, "When I saw that, my whole family gathered around and then for a week straight, everywhere we went we said 'you've got to see this,'."

Coyote laughed and said, "I mean, if you are going to get stung by something as crazy looking as a giant hornet, it's going to get a lot of attention."

Coyote said the murder hornet was an important step in what he calls his climb up the ISPI, or the "Insect Sting Pain Index."

I asked him, "How many bites and stings have you survived?"

"I've been bitten or stung by things well over 500 times in total at this point," said Coyote.

Yes, he still keeps showing up to work.

"That's right," said Coyote. "I absolutely love my job. If we are finding a way to educate people and dispel a lot of the myths and fears surrounding creatures that we are afraid of. I am doing a good job at my job I would say."

Parents everywhere are seeing summer plans disrupted by the cancellation of summer camps, so Varsity Tutors has teamed up with Animal Planet’s Coyote Peterson to offer a free "Wildlife Creature Camp" for kids, ages 5-18. The camp includes other cool enrichment-based classes like foreign languages, chess, theater, coding, Minecraft, how to be a detective, photography and more.

"Getting the chance to work with Varsity Tutors has been a wonderful experience and it's great we are able to bring kids education and entertainment during the summer months," said Coyote.

It's a great opportunity to ask Coyote Peterson whatever's on your mind. He couldn't see it, but on my back during this interview was a spider as big as a hubcap.

"If you discover a spider on your body should you just calmly brush it away or freak out?" I asked.

Coyote told me, "I think in most instances, people would freak out but the right answer is staying calm is always going to get the spider off of you faster."

Coyote told me, "Stay calm in every instance."

If you'd like to see the Varsity Tutors lineup for the rest of its Virtual Summer Camps, you can check it out here.

RELATED: VERIFY: What 'murder hornets' are and what they're not