The Carlsbad dad has added parody songs from Styx, Bon Jovi and Neil Diamond to his collection since News 8 introduced him to viewers in March. 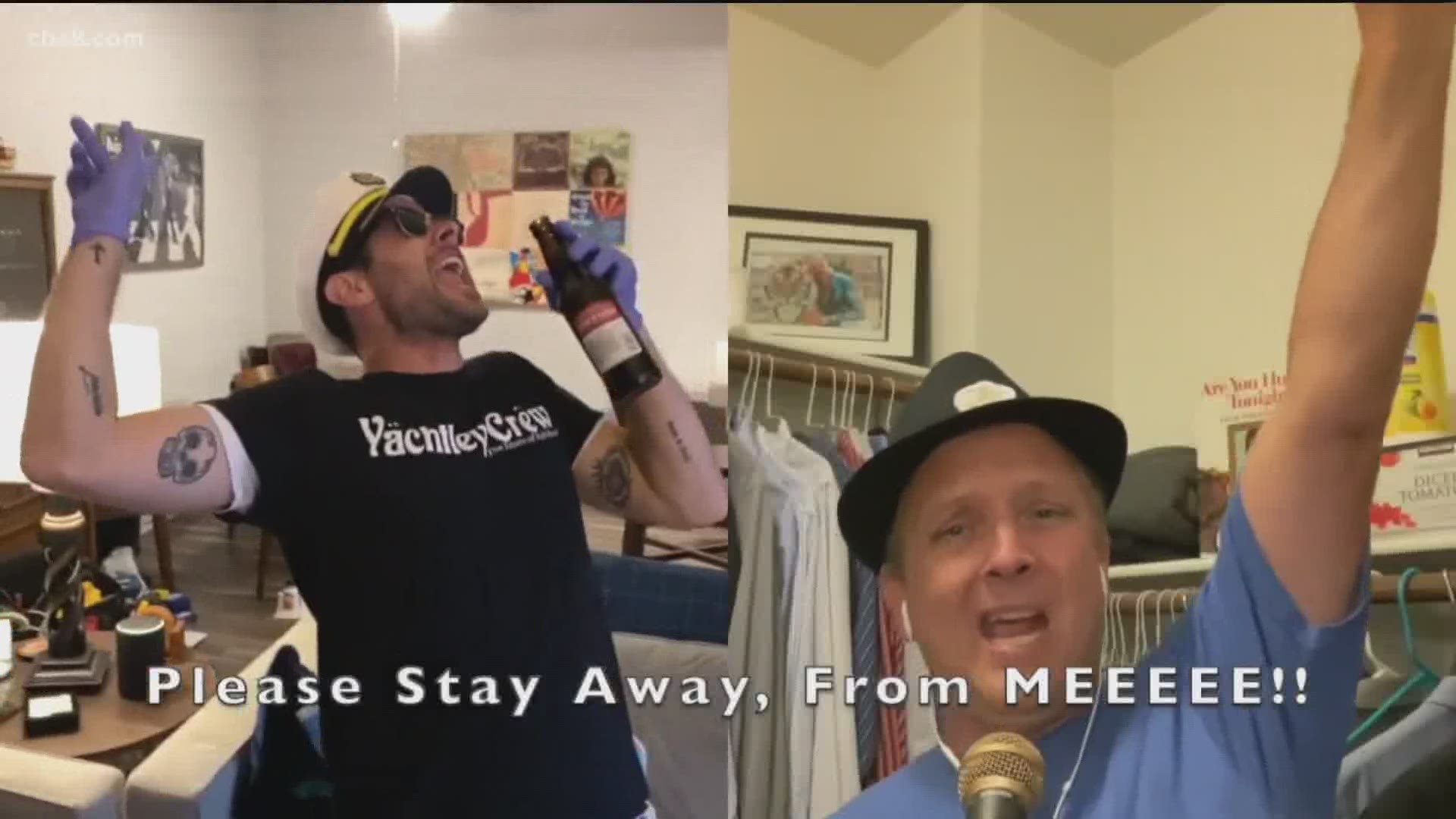 CARLSBAD, Calif. — A telematics executive stuck at home during the coronavirus could have just phoned it in and put his feet up, but instead, he became the "Crisis Crooner." I first introduced you to Chris Maddox in the Zevely Zone in March and since then?

"I've been approached by the San Diego Union-Tribune - I was able to get on the front page of the paper. I've been in multiple publications locally, online here and in print and up to and including Inside Edition doing a small piece on me. So I am going viral while trying not to go viral," Maddox said.

National television isn't bad for guy who started off singing "Les Mis" in his closet. His song "I Seem To Clean" is a parody for our time of "I Dreamed A Dream".

Chris belted it out, "Social distancing is fine, the kids are good they are inside gaming."

The Crisis Crooner took his show on the road to his backyard which he calls COVID Cove. He polished his act like a like diamond, finishing what Neil Diamond started with "Hand Sanitize", a parody of "Sweet Caroline."

This stay-at-home hit machine then teamed up with Philly Ocean from Yachtley Crew. They turned the Styx classic "Come Sail Away" into another parody hit. It goes like this, "I'm staying away,  away from all my friends and my family."

The Crisis Crooner even wrote a Bon Jovi parody song about walking his dog Pepper called "I Walk the Dog".  Yep, he crooned that one too, "Cooped up inside that's where I've been I've met my whole family and met them again now I walked the dog five times today  I went outside it feels great."

The Crisis Crooner is asking people to send donations to the San Diego Food Bank and unemployed musicians who perform at the Belly Up. If you'd like to see his next hit go to his YouTube page here.