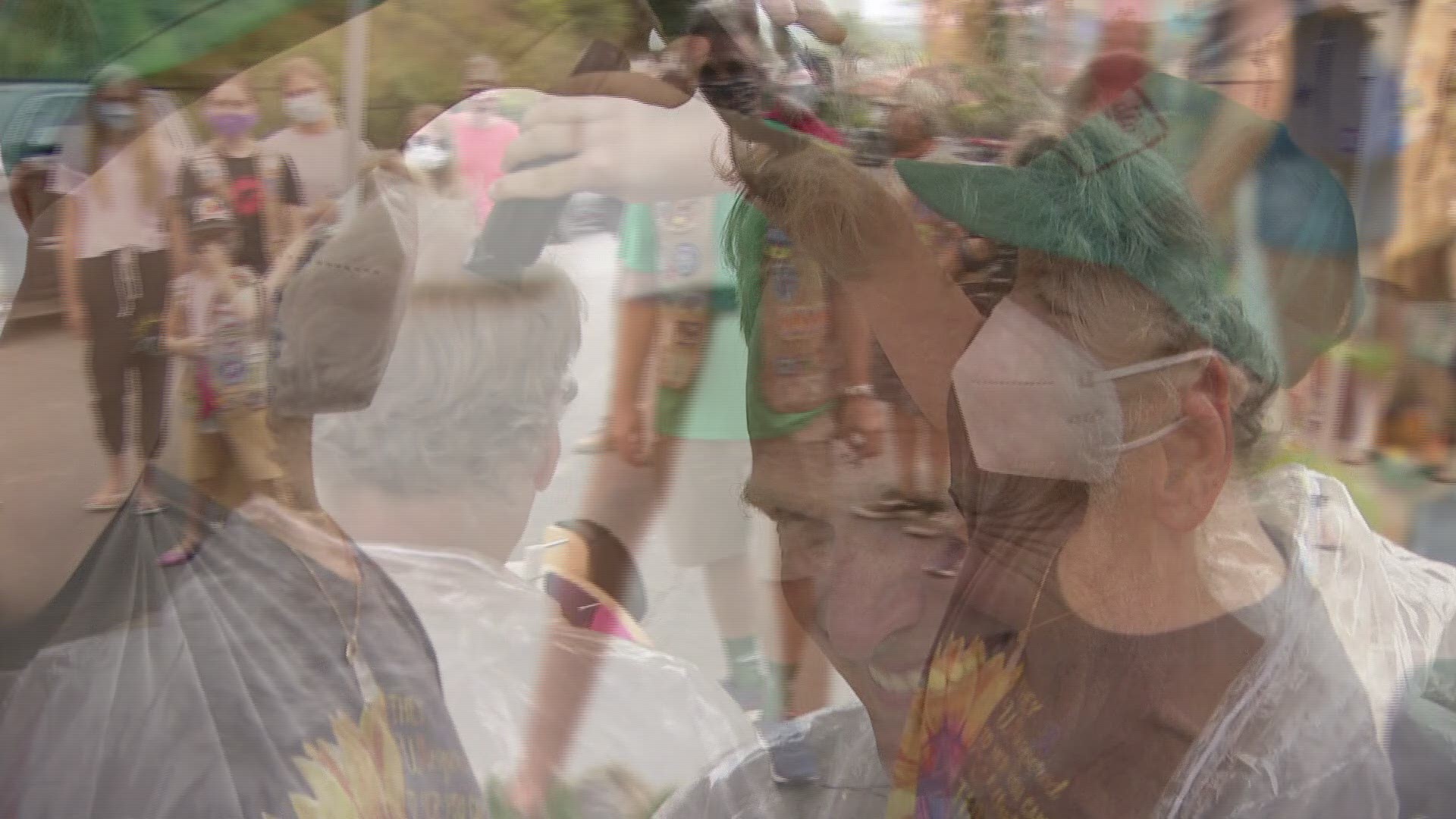 CARLSBAD, Calif. — Dads and daughters are teaming up to support a 14-year-old girl fighting cancer in Carlsbad. In this Zevely Zone, I shared Mo's message and some really bad hair cuts.

"She keeps telling me 'beautiful,'" said Mike Fischer, who received a buzz cut down to the scalp.

Before 14-year-old Morgan Fischer loses her hair fighting cancer, her father and all of his friends wanted to beat her to it.

"Well, it's pretty awesome," said Morgan. "I want to help other kids - that they know the symptoms make sure they are educated on something like this."

Morgan thought she had the flu, but night sweats and a bad cough were symptoms of Hodgkin's Lymphoma.

Morgan's parents, Kate and Mike, said their daughter was a fighter even in the womb when she was diagnosed with a rare bone disorder called hypophosphatasia.

"She is my hero for sure. I mean, that little girl has such a strong heart," said Kate.

"We were told to abort her, to not even have her, [to] which we said 'It's not our call. It's a higher power's call," said Mike.

Her parents responded, "She is totally a miracle. We should say we should buy a lottery ticket because she is one in a million kids, really."

That is just one of many reasons why so many people are supporting her.

Morgan and her dad are members of the Ecke Family YMCA and one of the largest father-daughter camping groups in the country called Bear Nation. Mo's Warriors include buzz cuts for dad, then their daughters donating their hair for cancer wigs.

Hair stylist Heather Stoltnow, from Hair We Go, volunteered her time to style the girls and cut the ponytails that will make cancer wigs.

"Last week was a pretty rough week and this next week may be harder, but you just do it one day at a time," said Morgan.

That just happens to be Mo's message for any sick child watching this.

"I'd tell them just be strong and you can get through it, one day at a time," said Morgan.

Morgan's goal is to be cancer free by Christmas, which be a gift for the whole family - that may include a comb for dad.

"My wife is shaking her head. This can't be good," said Mike with a bald head.

"Yeah, not good, not a good look for you, buddy," said Kate.

Morgan is raising money for the American Cancer Society and Relay for Life. Please click here if you'd like to make a donation.