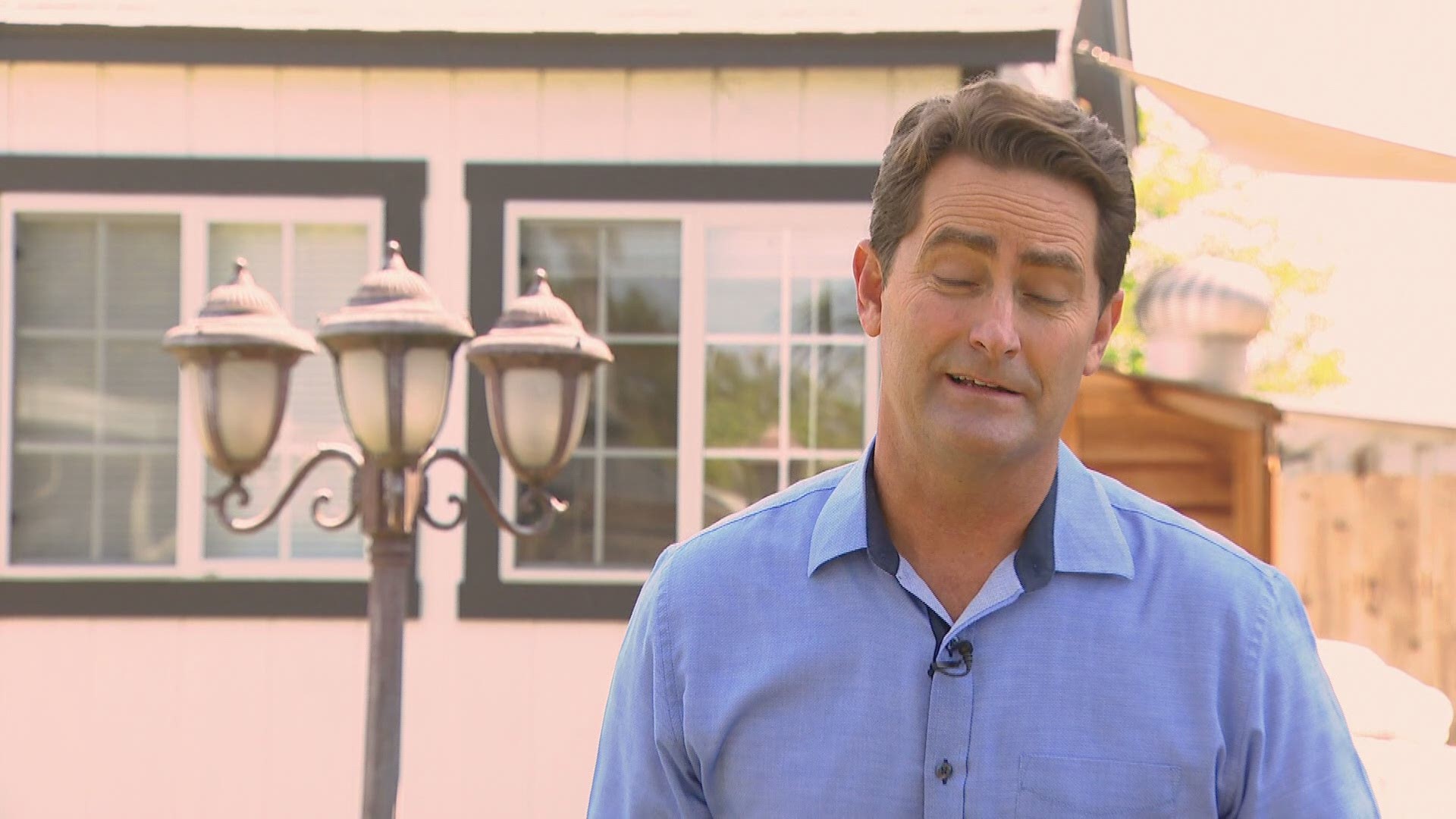 SAN DIEGO — These days with social media platforms such as TikTok, people can become famous overnight. In this Zevely Zone, I went to Clairemont to meet the DeafBlind Potter. Kelvin Crosby, 33, lives with a rare genetic disorder called Usher Syndrome Type II which affects his hearing and vision. Kelvin was born with a hearing impairment and slowly throughout his life became legally blind.

Throughout his journey, Kelvin revisited the pottery wheel many times and it helped him grieve through the stages of vision loss. He started encouraging others to experience the healing power of the wheel, which led him to become the DeafBlind Potter. His company is on a mission to support other individuals with disabilities through pottery.

"Go big or go home," said Kelvin from his home ceramic studio. Kelvin believes his life is a lot like a lump of clay, in the right hands with the right attitude, he can shape his destiny in a work of art.

"We are going to make a vase. My favorite thing to make," said Kelvin. "I really didn't think that being an individual with a vision loss and a hearing loss would give me a chance to tell my story in a way that would empower other people."

Kelvin says his vision impairment is a lot like trying to see through a sheet of wax paper.  "I can no longer see pictures, I can no longer see my wife," said Kelvin who has been married for 10 years.  He has a video that shows people what he can and cannot see.

We met two of Kelvin's friends at his studio. Last Fall, Michaela and Natalie Harding shared Kelvin's story on TikTok. "We filmed our first TikTok posted it and didn't really think much of it," said Natalie.

The sisters were hoping for a couple of hundred views, but hundreds of thousands of people showed they truly cared about Kelvin.

"He just amazes me what he can do. Nothing stops him," said Kelvin's mother Cherri. "I couldn't do it with eyes and I ask him, and I ask him how can you do that and make it and he just feels it. He sees with his hands. He says he sees better without eyes than with eyes."

RELATED: Social media for the blind and vision-impaired

The DeafBlind Potter company has become the definition of a cottage industry. Kelvin is making trademark coffee cups and selling them online. DeafBlind Potter mugs always have three signature rings.

"The one on the top is joy, the second on in the middle is perseverance, and the one bottom one is character," said Kelvin. To fill those cups, Kelvin has even launched his own coffee brand.

"I drink a lot of coffee to keep going and keep moving," said Kelvin with a big laugh.

The life lesson? Just because you can't see something, doesn't mean it isn't real. Kelvin can't see his art but finds hope in every piece of pottery he makes.

"Even though I can't see them, I am always finding that every piece I make has joy in it and perseverance," said Kelvin. "The best way I can describe it is that it feels humbling knowing that my struggles are helping so many different people's lives. I don't need eyeballs to see, and I don't need ears to hear I can still run a business."

If you'd like to support Kelvin's journey and purchase a mug or custom piece of pottery, click here.