'Holiday Helper' enlists help of San Diego Sheriff's to hand out $30,000 in cash to families in need

Deputies from the San Diego County Sheriff Department handed out anonymous gifts from the local businessman. 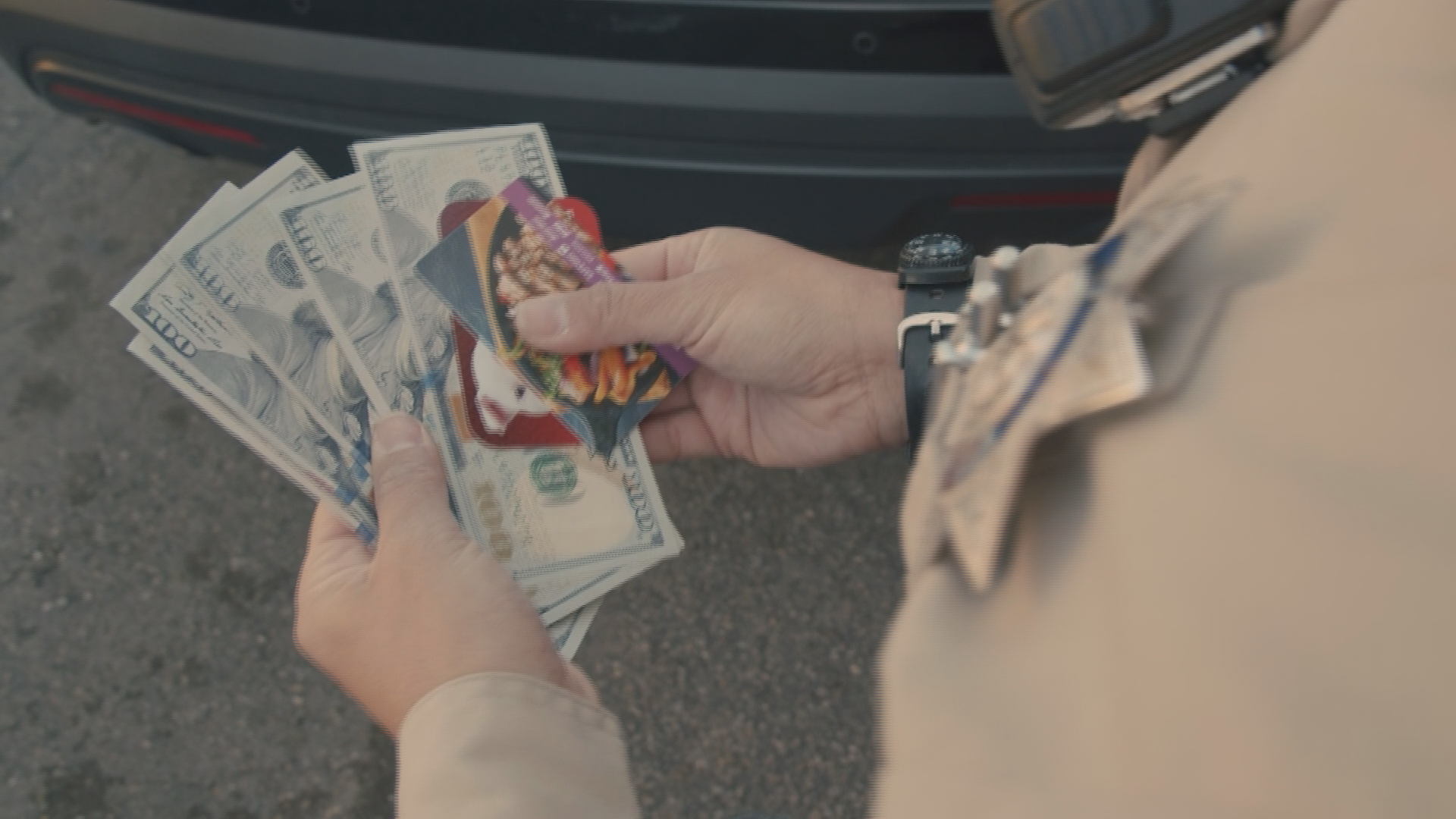 SAN DIEGO COUNTY, Calif. — The next time a deputy from the Sheriff's Department knocks on your door, it may just be the best news you've received all year. In this Zevely Zone, I met some of the families surprised by the "Holiday Helper."

"We wanted to give you this," said Deputy Roland Garza from the Sheriff's Department.  "Oh my god!" said Tiffany Smith, a single mother receiving $500 in cash. "Are you serious?" exclaimed Tiffany in tears.

"Yes, very serious," said Deputy Garza. He and other deputies fanned out across the county last Saturday passing out holiday cheer. A successful businessman who calls himself the "Holiday Helper" asks the deputies to spread the cash every year.

"I thought they were bringing me a turkey and I come out and it's money like he held it up and I thought it was 100 and it was 500 and I said I don't make this much in a week," said Tiffany.

This is the sixth year the anonymous donor deployed deputies to pass out money. Thirty thousand in cash was handed out all over the county. Many families have lost loved ones to COVID this year, other families are battling cancer. With so many parents unemployed, just imagine getting ready to pay for your groceries when a deputy suddenly met you at check out and said, "We want to pay for this."  Another family stepped up and heard these words, "Can we go ahead and pay for that one?" said a smiling deputy.

Deputy Debbie Stiesmeyer, Deputy Casey Dow, Sergeant Heather Bruton and Deputy Gregory Kogle are just a few of the deputies who helped out.

Here are just a few of the reactions. "Oh, my goodness," said one man. "Oh my gosh," said another woman in tears.

"It feels great to be a part of it because people are struggling due to COVID and being laid off," said Deputy Blanca White. Deputies spend most of their time talking to people. When they respond to take a crime report, they hear about domestic violence and burglary victims. School resource deputies often hear on campus when a student in need. Volunteer chaplains in the department also know the needs of people in the community.

"We heard about your story," said a deputy to one family in need.  Along with wads of cash, children received gifts and adults Target gift cards for whatever they need.

"Do you guys want to come receive teddy bears?" asked another smiling deputy passing out bears from the non-profit group Bears for Badges. "I wish we could give you guys a hug," said one deserving family trying to respect the boundaries of social distancing.

As for Tiffany Smith, she's a hotel housekeeper raising her 12-year-old son Dreyden and baby girl Eden. "I've never had anyone do that for my family before," said Tiffany. She recently moved to San Diego County from Flint, Michigan. She told us after paying the rent, her bills, and the babysitter she is left with little to no money. "I just really don't have enough for it all so it really did a lot for us and that is why I am emotional about it. I am just really happy it happened," said Tiffany.  With tears running down her cheeks, Tiffany told us she would be able to afford Thanksgiving dinner and Christmas gifts for her children this year thanks to the wonderful gift.

"Thank you whoever it was," said Tiffany.

The Holiday Helper donated $30,000 in cash and an undetermined amount of grocery and gift cards. The Holiday Helper has been known to strike before Thanksgiving, Hanukkah and Christmas and only asks that his identity never be revealed.