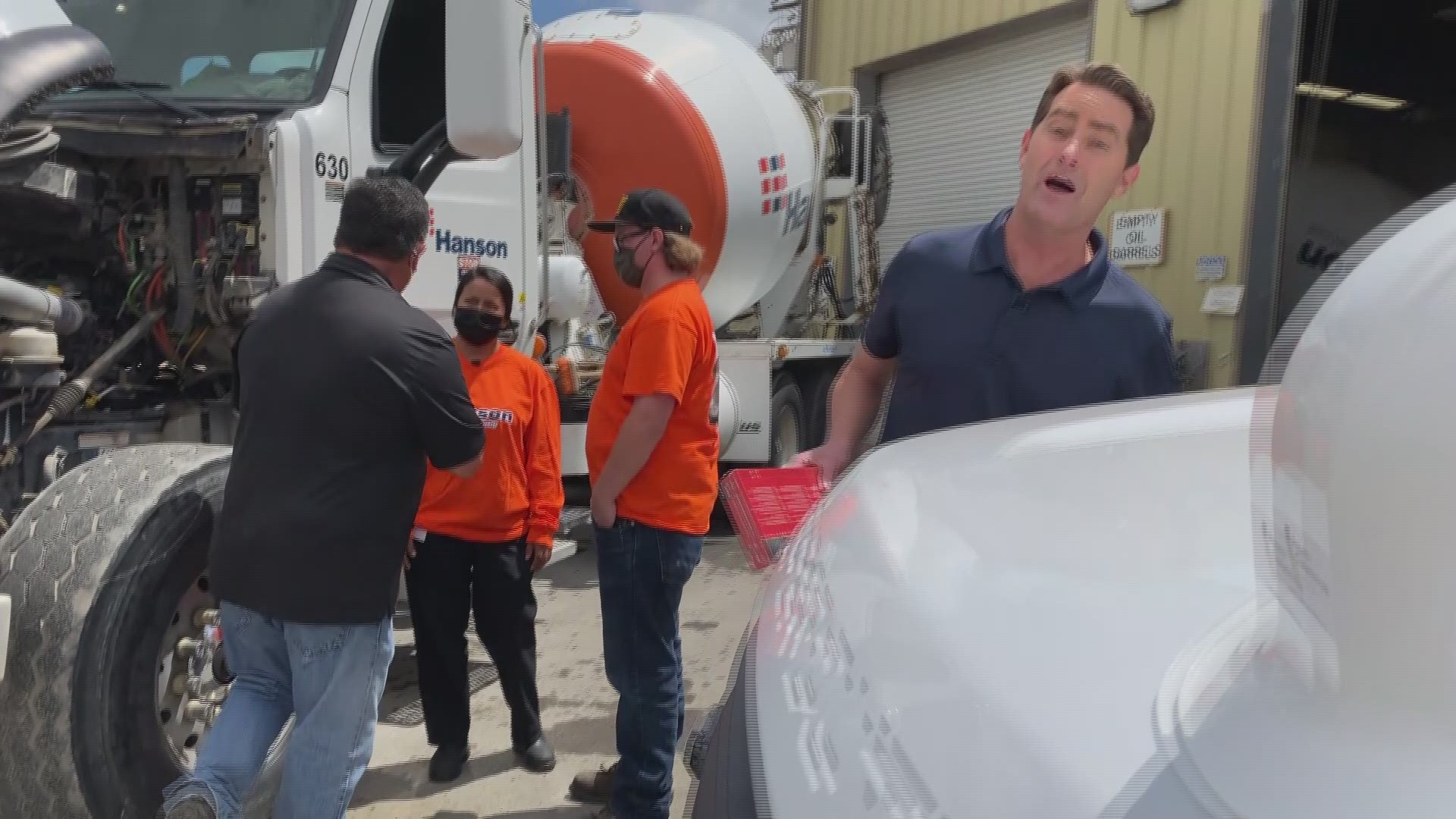 SAN DIEGO — If you like to work on engines, a mechanic shortage is creating opportunity for young San Diegans.

In this Zevely Zone, I met the next generation of workers ready to roll up their sleeves. The Coronado Bridge and some of San Diego's biggest construction projects were built with products made by Hanson Aggregates.

The company turns big rocks into little ones to make the concrete and asphalt. But none of that happens without diesel engines.

Mike Charest, a fleet manager at Hanson Aggregates is getting to know two of his new mechanics in training; Sayra Martinez and Jack Schwinkendorf.

"This is an exciting day, yeah, it's a great day," said Charest.

Sayra and Jack attended Palomar College and they're ready to work.

"It's something that I want to do," said Jack who started working for Hanson Aggregates on Monday along with Sayra.

Thanks to the non-profit organization, Project Cornerstone, both students were given free tools to jumpstart their careers.

Project Cornerstone specializes in workforce development in the construction industry. Crystal Howard, from Project Cornerstone, teamed up with Dennis Sprong, from Snap-On Tools, to give three students $6,500 worth of free tools to start their careers.

"I couldn't believe it, I was amazed," said Sayra.

"They have the drive and the ambition to succeed," said Sergio Hernandez, who is an associate professor in Diesel Mechanics Technology at Palomar College.

Sergio could not say enough about the free tools.

"It's like a doctor without a stethoscope, how can they be a doctor? They have to have their own tools. So, it's a great way to springboard them into the industry," said Sergio.

Jack and Sayra will start at about $45,000 a year, but Sergio has former students who are making $50 an hour.

"Yes, those are definitely students who have been in the field, they are seasoned and yes, they are making $50 an hour," said Sergio.

"It's definitely something you can go far in," said Jack.

According to Hanson Aggregates, a lot of longtime mechanics are retiring these days.

But computers play a big role in modern mechanics. So let it be known, a four-year college degree isn't the only road to success.

"If you don't want student loans, if you want to be debt free, if you want a rewarding career and are up to the challenge. You definitely have to become a diesel mechanic," said Sergio Hernandez.

"Honestly, it's going to be really fun, I am going to be working at a company where it helps to build our community," said Sayra.

"They say, if you love what you do you never work a day in your life. That is very true, I don't feel like I am going to work I got up excited for my first day yesterday and today," said Jack.