Doubletake is a boy band who bills themselves as the ultimate "Boy Band Tribute Show" on the West Coast. 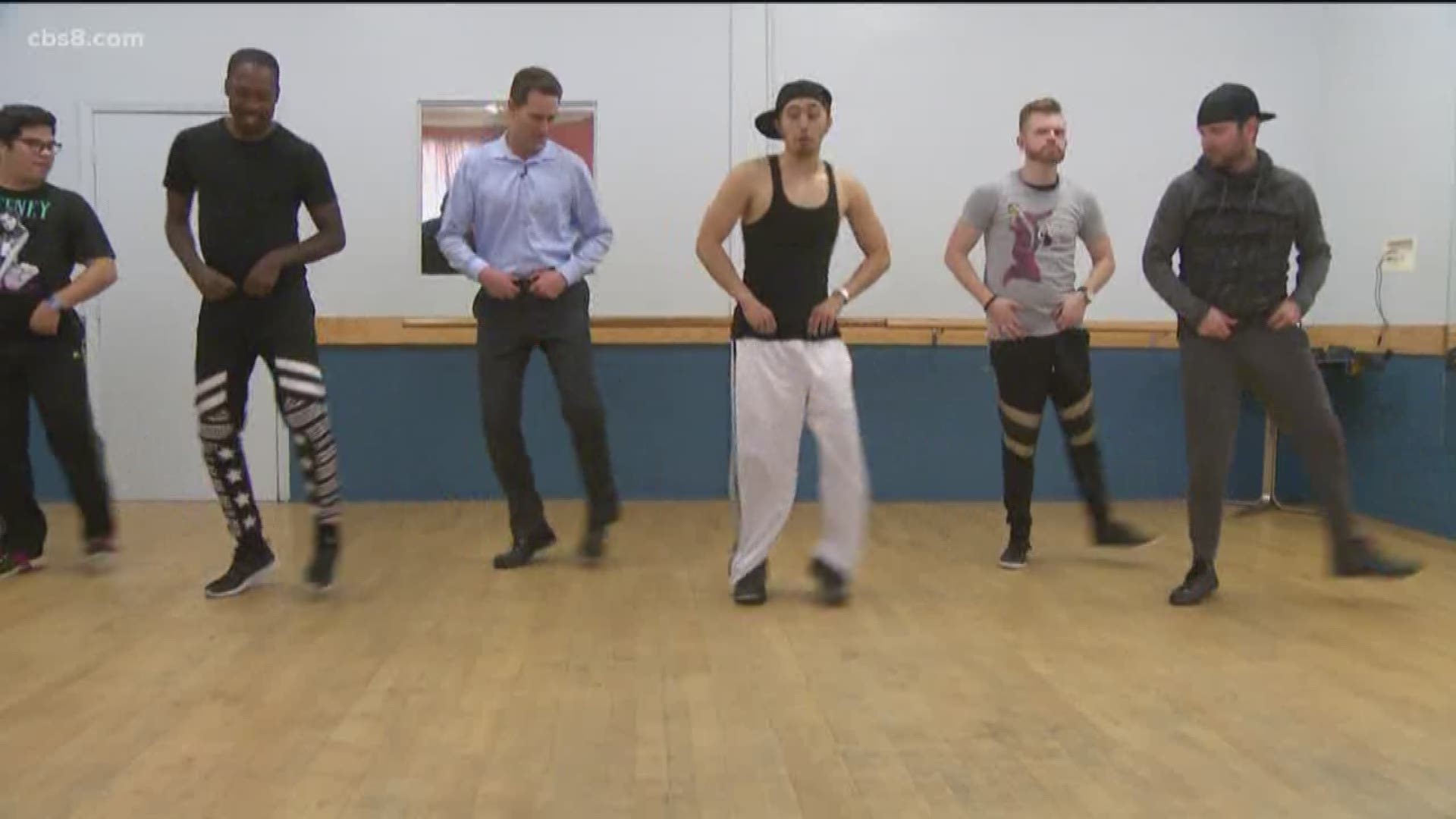 SAN DIEGO — I set up stories in the Zevely Zone every day. Some stories take 10 minutes to set up. Some take a year.

The music group I am featuring in the Zone Tuesday is called Doubletake. It took more than a year to get these five handsome, talented men in a room at the same time.

Doubletake is a boy band and they bill themselves as the ultimate "Boy Band Tribute Show" on the West Coast.

I count them up. There are five boys in the band. Chris, Kyle, Brett, Tym and Rehyan.

"It's crazy," they tell me referring to the screaming ladies who love their act and at times can't take "no" for an answer.

"I'm not single, but she really wanted me to be, so she asked her friend to come and talk to me and I said, 'I'm sorry I'm taken,'" says Brett while describing their last show.

Doubletake has a sizzle reel that shows synchronized moves that are fast but at rehearsal, this boy band warms up slowly.

"Oh yeah I see what you are doing," I said as we start to groove to the blaring music.

Each member of Doubletake dances with a look on their face that says, "Yeah that's right. You're welcome."

"And then you could add something like this to the show," I said as I do my signature dance move that I stole from the '80s hip hop group Kid 'n Play.

"Yes!" they respond as all five members immediately and easily mimic my very best dance.

Doubletake takes one look at my dancing skill, laughs, then says they'd possibly be open to adding a sixth band member if he had the "the right stuff."

Yep, we break into a synchronized move made famous by every boy band that's ever stood on a stage. Honestly, I'm holding my own, but just barely.

Before I put in an application, I have to ask, "Do you guys have day jobs?".

They respond, "Uh, yeah. Most of us are actors from North Hollywood so we all have day jobs."

The more time we spend together the more apparent it becomes I am out of my league. These are five accomplished musicians. The choreography and music take you back in time with actual boy band singing, dancing, costumes and more.

I step off stage and watch them deliver songs by NKOTB, NSYNC, Backstreet Boys, 98 Degrees, Boys II Men and more.

They've had to say "bye, bye, bye" to a few band members over the years and say they are sort of like Destiny's Child.

"The group has been around for a few years and we just did a little rotation, so Brett is our Beyonce," said Kyle.

I'm just worried Doubletake will break our hearts and break up like every other boy band.

"Who is the Justin Timberlake of the group," I ask, "The one who is going to bail on the band first?"

Collectively they answer it's Chris.

"Why me?" Chris responds.

"Because you can dance," they say.

"Yeah, that's true," Chris responded with that 'You're welcome' look again.  To which Brett said, "I'm already Beyonce so I can't be Justin."

The best way to keep this boy band together?

Doubletakes next gig is on Thursday, May 16 in Brea, California. More information can be found here.