Drive-Up Comedy delivers laughs to the comfort of your car

The shows throughout San Diego and Los Angeles are now called Drive-Up Comedy. 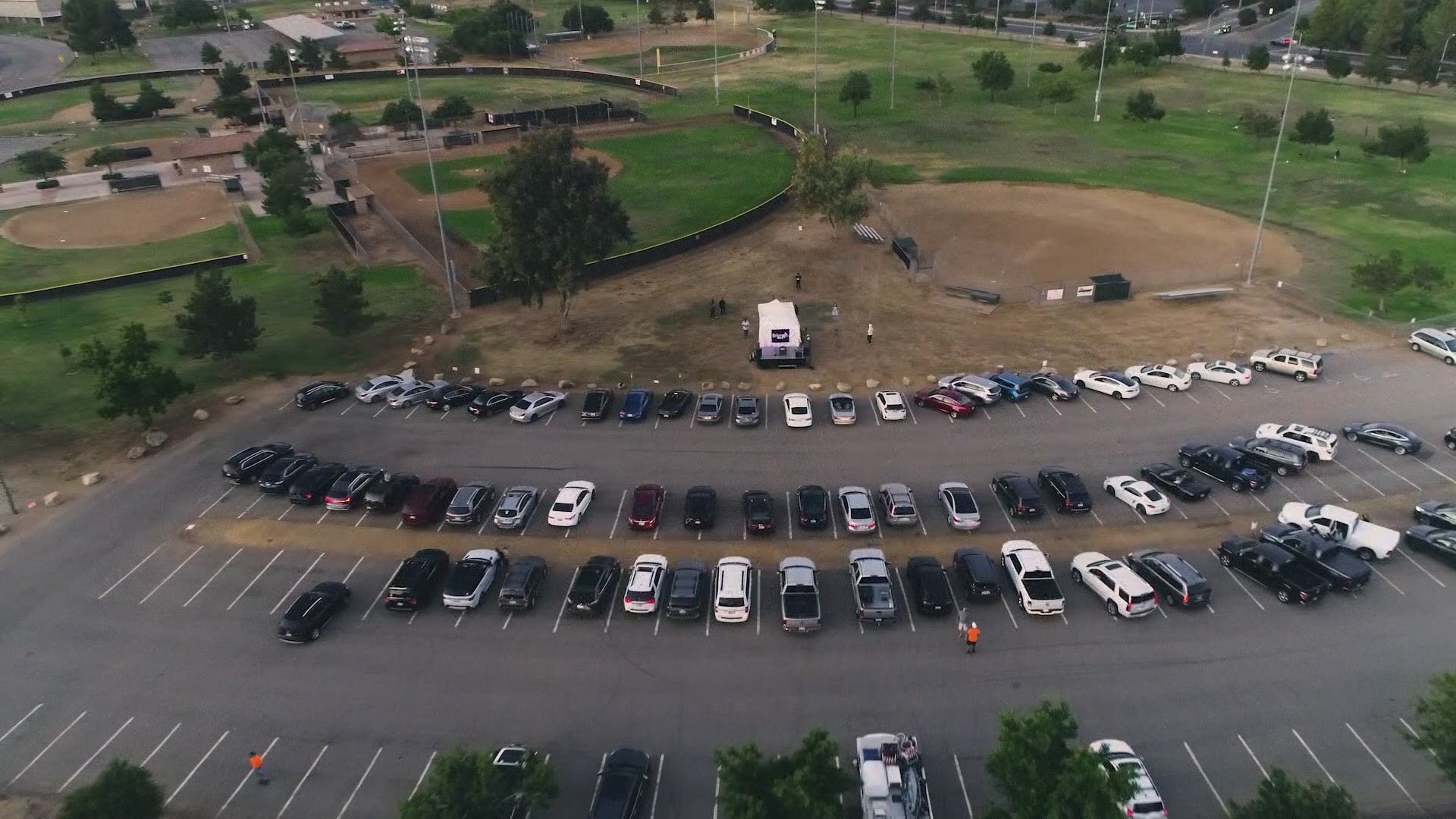 ESCONDIDO, Calif. — These days with the pandemic, sometimes it's nice to take a drive to clear your head, but what if that drive could end with some 90 minutes of laughter? In this Zevely Zone, I visited Kit Carson Park in Escondido to take an inside look at Drive-Up Comedy.

It was a video I saw online that caught my attention.

"What's up Escondido? Are you ready to have some fun??" yelled the host of the last Drive-Up Comedy event on July 18.

Instead of delivering punch lines, comics have been hit hard by depressing headlines about shut down comedy clubs.

He and two other local comedians are keeping the mics open by opening parking lots.

The shows throughout San Diego and Los Angeles are now called Drive-Up Comedy.

"I was never excited about the Zoom shows because I don't think there is energy being transferred at all, you know what I mean?" said Chris. "But with this, I can see people in their cars, I can see people and how they are reacting. People have their windows rolled down and they can laugh and have a good time."

In July, Adam Ferrara, the host of "Top Gear'"was the headliner and on Saturday, August 15, Matt Rife will headline. Chris said Rife is best known for his appearance on America's Got Talent and being Kate Beckinsale's ex-boyfriend.

"We were probably both turned on by the same woman at some point, you know what I mean," joked Chris.

The jokes are funny, but COVID-19 isn't.

"Nobody is getting out of their vehicle without a mask," said Chris.

"Even down to the comics, we are wiping down the mics. We are changing out the mic stands. I mean we are taking every precaution possible so even the most skittish person should feel safe," said Chris.

The show has a public announcer system, but spectators can tune in to hear better by turning their car radios to 106.9 FM.

Chris is waiting to hear if he landed a role on NCIS but until then, he's happy to park it here.

"Yeah, I went from a CBS TV show to just to being a parking attendant in a bright orange shirt potentially getting hit by Hummers or a Prius and stuff like that," said Chris.

I asked Chris what people should do at Drive-Up Comedy when they like a joke.

The next Drive-Up Comedy show is on Saturday, August 15 at Kit Carson Park. Tickets are $40 per carload. Five dollars from every ticket sold will be donated to the Boys & Girls Club of Escondido. For more information go to https://www.driveupcomedy.com/