More than 25,000 young history enthusiasts in grades 3-5 from 49 states participated in the inaugural bee. 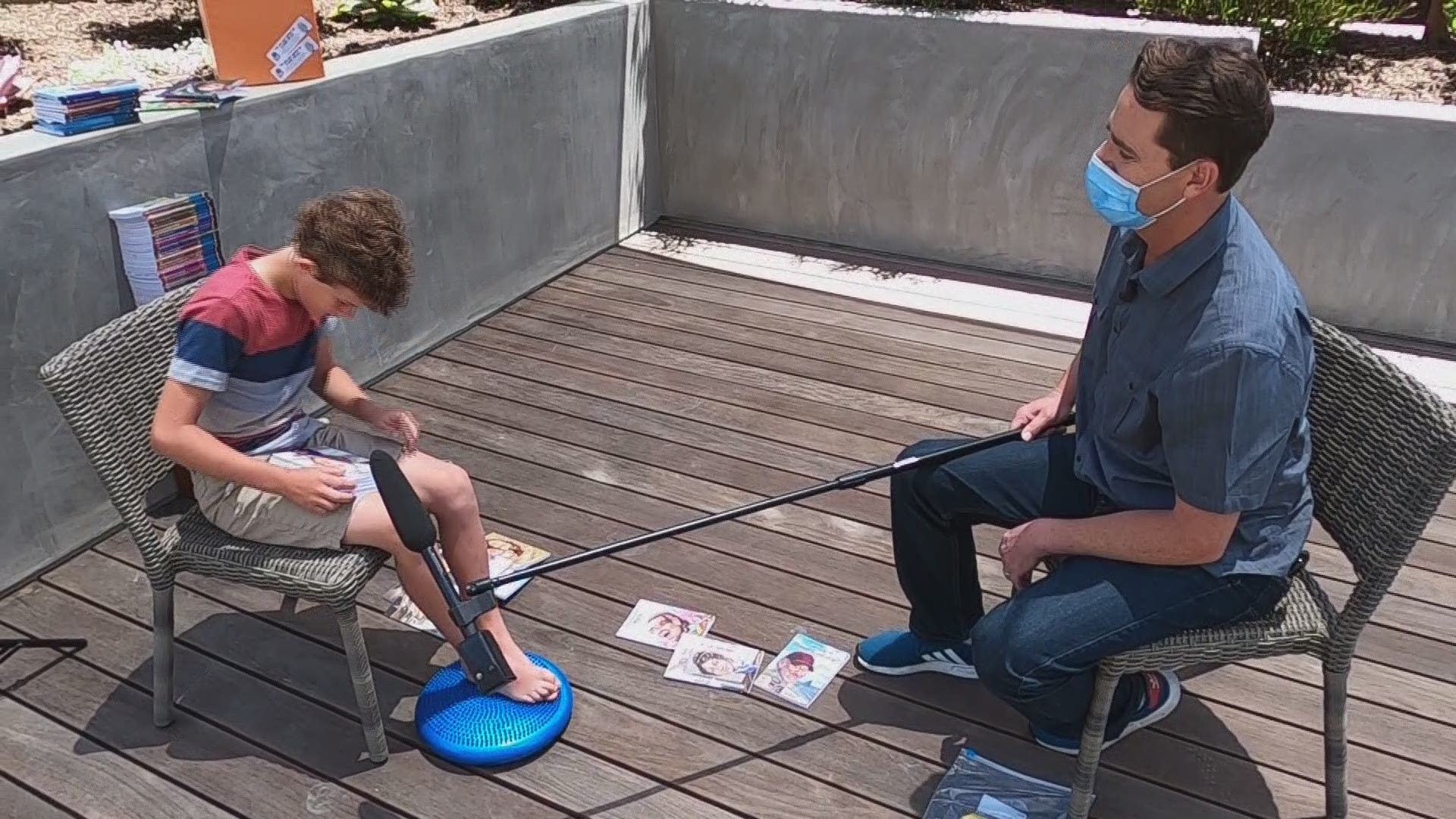 ENCINITAS, Calif. — More than 25,000 students competed in the 'Who Was?' History Bee and a North County 11-year-old came out on top. In this Zevely Zone, I went to Encinitas to meet the champ.

The 11-year old is showing me his collection of books from the 'Who Was?' series. Quade has read every single book.

I asked him, "How much do you love history?"

Quade's eyes lit up and he said, "I love it so much it is definitely my favorite subject."

Not only did Quade read 250 books, but he also hit the books hard. He showed me his fact file binder.

Quade's parents Jay and Carrie watched their son prepare to compete against thousands of other students in the 'Who Was?' History Bee.

"He just absorbs this stuff like a sponge. He loves it right? So it's a thing that you do when you really love something it's going to stick," said Jay.

One of Quade's heroes is Albert Einstein and it was genius of Quade's parents to surprise their son during a skit with a banner that told him he was one of the Bee's ten winners.

"What I was really so happy about as a parent was to see his true humility and grateful for having that opportunity and it was a proud parenting moment," said Carrie.

And the schools win too. Each champion's school wins a 50-book Who Was? Library! The ten champions have also each won $500 to be used as a donation to a first responder organization, hospital, nonprofit, or other institution of their choice.

More than 25,000 students from 49 states participated in the inaugural bee. The national competition is for young history enthusiasts in grades 3-5 to test their knowledge of the world's greatest figures and events.

I asked Quade why he loves history so much.

He told me, "The part that is like - oh my goodness look at what these [people] have done. I want to be like these guys where they did these amazing things in history that changed the world."

The next time you worry about the next generation, ask yourself if you are smarter than a 5th grader? This kid's knowledge is one for the history books.

For more information on the competition, visit www.WhoWasHistoryBee.com.