Father stays close to his daughters with reading program from jail 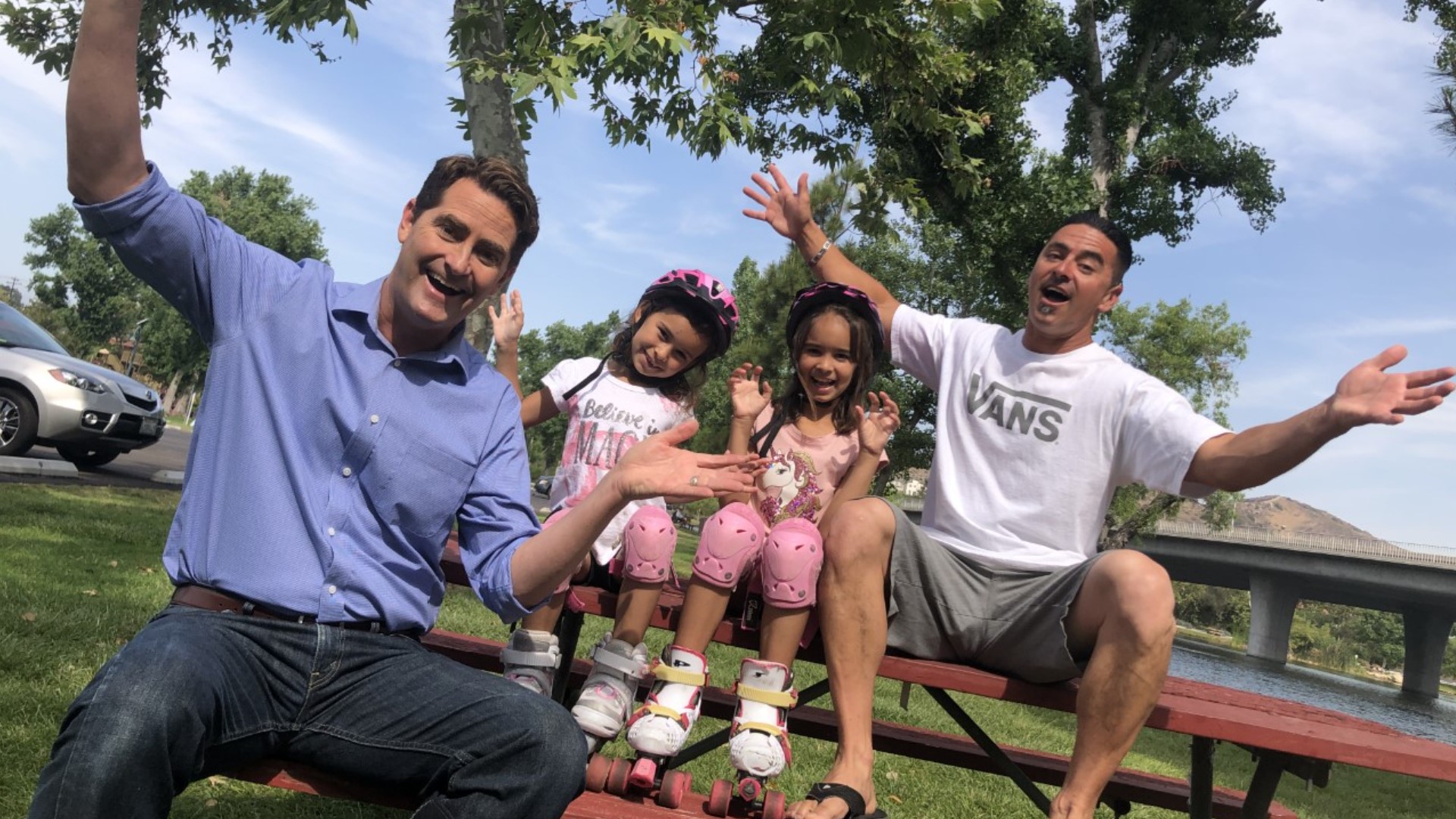 SANTEE, Calif. — The power of reading creates a special bond between parents and their children, but what happens when mothers and fathers are sent to jail? In this Zevely Zone, I went to Santee Lakes for a Father's Day redemption story.

"A day in the park here in Santee Lakes," said Kory Russell. This Father's Day, Kory will enjoy the gift of fatherhood with his two daughters Danny and Kaelie.

"A couple of years ago, I was in a pretty dark place," said Kory. Substance abuse led Kory to a string of commercial burglaries, but even when he was behind bars, he still stayed connected to his girls.

I watched a handout video made by the San Diego County Sheriff's Department and a non-profit program called Reading Legacies. It showed Kory reading to his daughters from the East Mesa Detention Facility.

"Hi girls, it's read a book with daddy time again, okay, are you ready?" said Kory in the video.

The San Diego County Sheriff's Department teams up with a non-profit program called Reading Legacies which allowed Kory to read bedtime stories from the East Mesa Detention Facility. Kory credits a Sheriff's counselor who guided him to go through the reentry programs including Reading Legacies and Thinking for a Change. He says his counselor was tough but fair.

Kory says those two programs sparked the change in him because he wanted to start over and never come back.

As for reading to his daughters, "This allows them to hear my voice and see my little antics that makes daddy, daddy. Haley, you go first, catch daddy's kiss, good job girls I love you," said Kory in the video.

For parents in jail, reading to loved ones is a way to stay close.

"It was really nice because it was like knowing that he was here with us," said Kory's 7-year-old daughter Kaelie.

Kory served 18 months and during that time he found sobriety.

Sheriff Bill Gore often reminds us, inmates will someday be released into society.

"It's not about punishment it's about making them valuable members of our community again. Just because you are incarcerated doesn't mean you are no longer a father or a mother," said Sheriff Gore.

I have met Sheriff Gore on many occasions and have always been moved by his compassion, not only for his deputies but people trying to turn their lives around.

Since Kory's release in 2018, he's become a foreman in the construction industry.

"He works hard each day to help the family stay nice and healthy," said Kaelie.

I asked the sisters what they were getting for their dad for Father's Day.

"We'd rather not tell. So, if dad watches the news he would know," said Danny.

Kory would tell you; his gift is the freedom to be a father.

"Father's Days are spent the way they are supposed to," said Kory.

"I just appreciate that he is always here by our side," said Danny.

"I finally became a hero to them again and that makes me proud. These girls are my reason for everything," said Kory.

RELATED: 'Holiday Helper' enlists help of San Diego Sheriff's to hand out $30,000 in cash to families in need

WATCH RELATED: Viral father inspires many with 'dadvice' on Youtube