Andrew Daugherty will release 'Beneath' right before Halloween 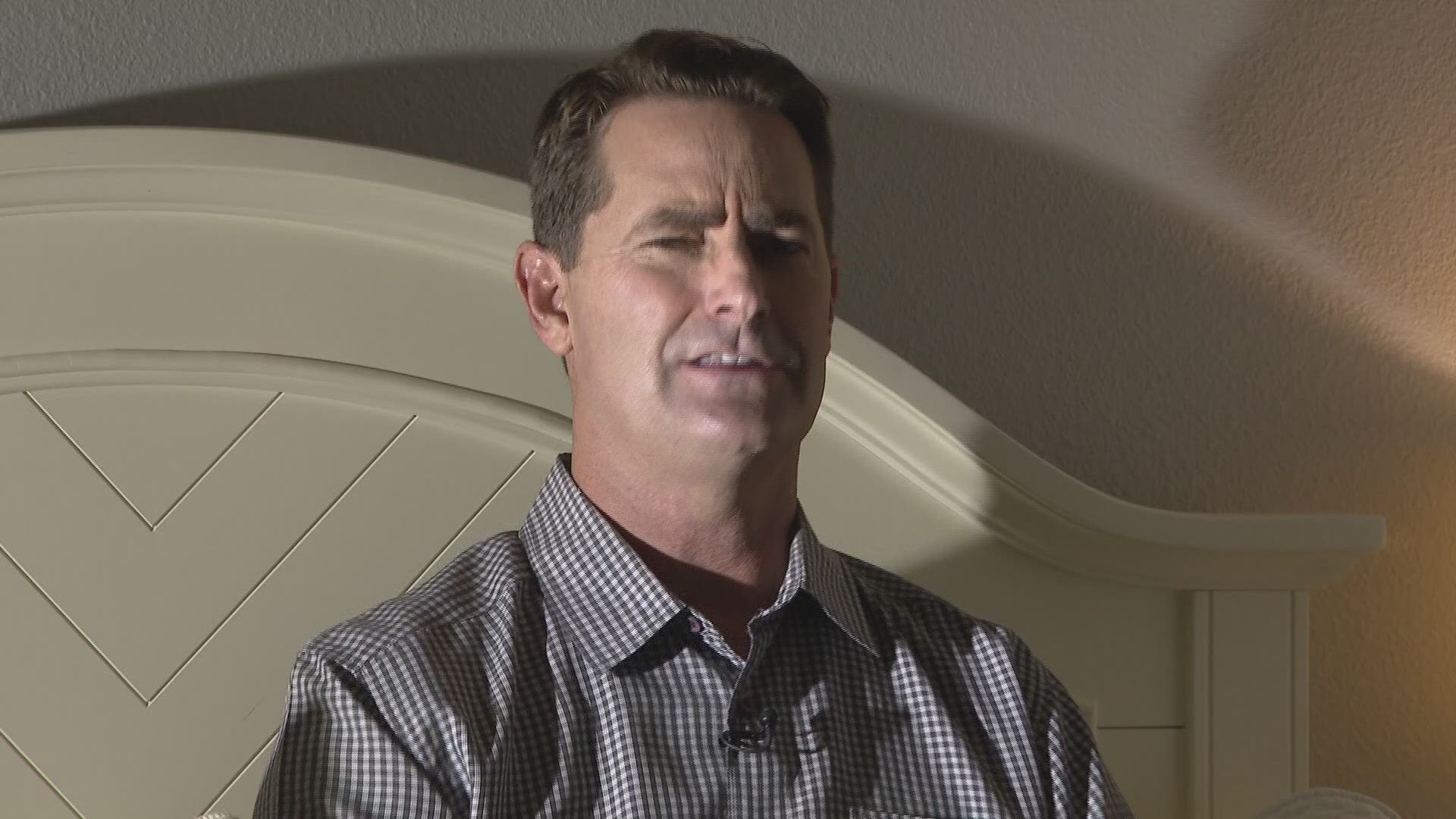 SAN DIEGO — When the pandemic forced a filmmaker to move back home with his parents, the 28-year old decided to shoot a horror movie with his mom and dad.

In this Zevely Zone, I dared to find out what was 'Beneath" this fantastic film shot on a $200 budget. The short film begins with a woman lying in bed in the middle of the night.

She whispers, "There is someone down there. Under the bed."

"This is is the mask that was used for the film," said filmmaker Andrew Daugherty.

When the pandemic shut down New York City, Andrew moved back home with his Point Loma parents and asked them to star in his homemade horror movie.

"The film is about a woman who discovers that there is a presence lurking under the bed while her husband is sleeping," said Andrew.

Andrew's parents Trish and Ned are the film's only two actors. What did they think when their son came to them and asked them to shoot a horror movie in their bed?

"I was right on board with it," said Trish.

"I wasn't reluctant to do it but I had a lot of questions about logistics and how we were going to set things up," said Ned.

The two-parent have never done any acting in their entire lives. The film was shot over two long sleepless nights. Trish was sure there was someone under the bed. She had the guts to go look.

"Yeah I don't know if I would have done that in real life I might have sent him down there first," said Trish.

Poor Ned, it was then his turn to go look under the bed.

"There's nothing down there," said Ned in the movie.

RELATED: Joey Travolta teams up with filmmakers with disabilities in Kearny Mesa

The Daugherty family is taking the pandemic very seriously. They haven't been to a store since March.

I asked them "Trish and Ned this is starting to sound like a horror movie, your children moved back home with you and they never leave like never?"

Trish laughed and said, "That's not true, I love being with my boys. It's the only good thing about COVID is that we have the opportunity to be together."

Along with Andrew, his brother Brian, an engineer, moved home as well during the pandemic.

Andrew shared behind the scenes pictures from making the movie and storyboards.

I told him, "This movie is really suspenseful and really well shot."

He told me, "Thanks that means a lot it was a lot of fun working on it."

But was it fatal? I wanted to know if Andrew's parents survived what was 'Beneath'?

"I think I am going to leave that up to the audience to decide," said Andrew.

His dad chimed in with, "Who knows there may be a sequel."

To learn more about Andrew's movie-making click here or to watch his short movie called 'Beneath' go to dontlookbeneath.com