The firefighter and bomb squad member says his wife is the real hero. 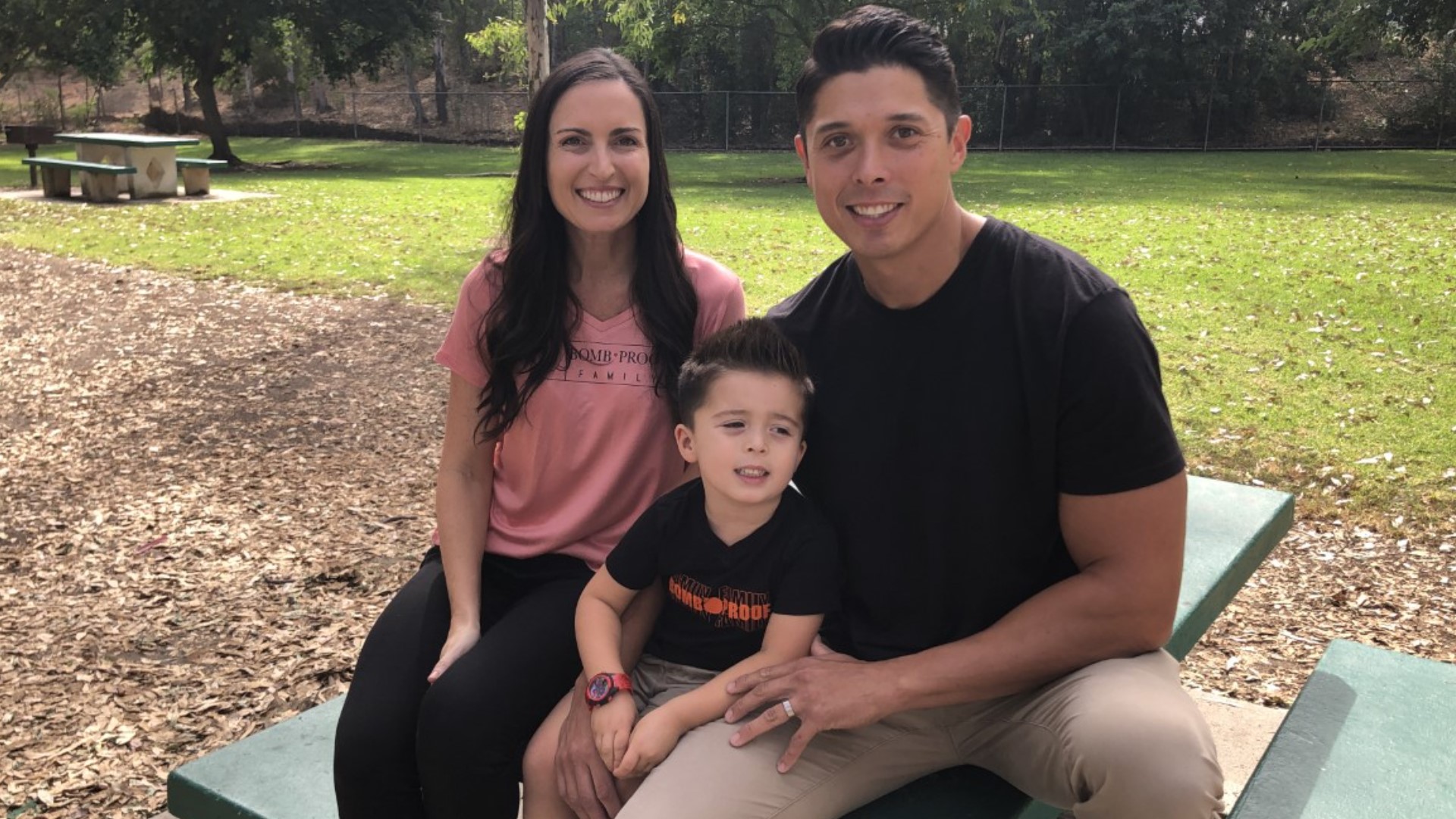 LA MESA, Calif. — Sometimes on the other side of a terrible storm comes a beautiful rainbow. In this Zevely Zone, I met a San Diego firefighter who calls his wife the real hero.

"Nobody wants to be a part of this club. It's heartbreaking. It's heart-wrenching," said Kim Morrison.

Kim is a teacher and her husband, Mark, is a San Diego firefighter.  Like many young parents, they wanted to start a family and thought it would be easy.

Six years ago, Kim suffered the first of two miscarriages and is just now sharing her story.

"It's absolutely hard, and not a lot of people do [talk about it] because they feel embarrassed. That is absolutely not what should be happening," said Kim.

The Morrisons discovered one in four pregnancies end with the loss of a child.

"So many people keep this a secret. They never talk about it and it's like anything else if you bottle it up, it will eat you inside," said Mark.

On Mother's Day, Mark decided he'd write a book for the mother of the children they didn't have.

"It's all due to her unyielding resolve through some of the worst possible things that you could imagine suffering through," said Mark.

The children's book is titled "Whirlwinds to Rainbow: The Story of Us." The book explores loss and serves as a springboard for families to discuss pain and perseverance after miscarriage or during infertility.

Families who suffer a miscarriage often call their next child their rainbow baby and for the Morrison family, that was their three-year-old son, Logan.

"He is everything I wished for and more. He was worth the wait. He was worth all of the struggles and heartbreak and tears," said Kim.

RELATED: Children's book written for anyone who has lost or loved a pet

Yet, after Logan's birth, Kim and Mark tried for a little sibling and suffered a third miscarriage.

"It doesn't get any easier, but you get stronger. That is the one thing that I share with people is nothing gets easier. The loss of a child  - no matter how young - it's the worst," said Kim.

Mark is a part of San Diego's bomb squad, which is why "Bomb Proof Family" has become the Morrison's mantra. Mark may be the firefighter, but he says Kim is the real hero.

"Absolutely. I say that with zero hesitation every single time," said Mark.

If you've ever seen the beauty of a double rainbow, it won't surprise you to hear Kim and Mark plan to try again.

"I want an exact copy of him, but I would like a little girl," laughed Kim while holding Logan.

Oct. 15 is Infant Loss Remembrance Day. Mark and Kim hope their book helps other families heal and have important conversations. The story paints the woman/mother as s hero who perseveres and shows strength even when she is sad.

If you'd like to learn more about their children's book, "Whirlwinds to Rainbow: The Story of Us" click here.