Rhonda Don says "Lefty" was her father's favorite player so meeting him was a dream come true. 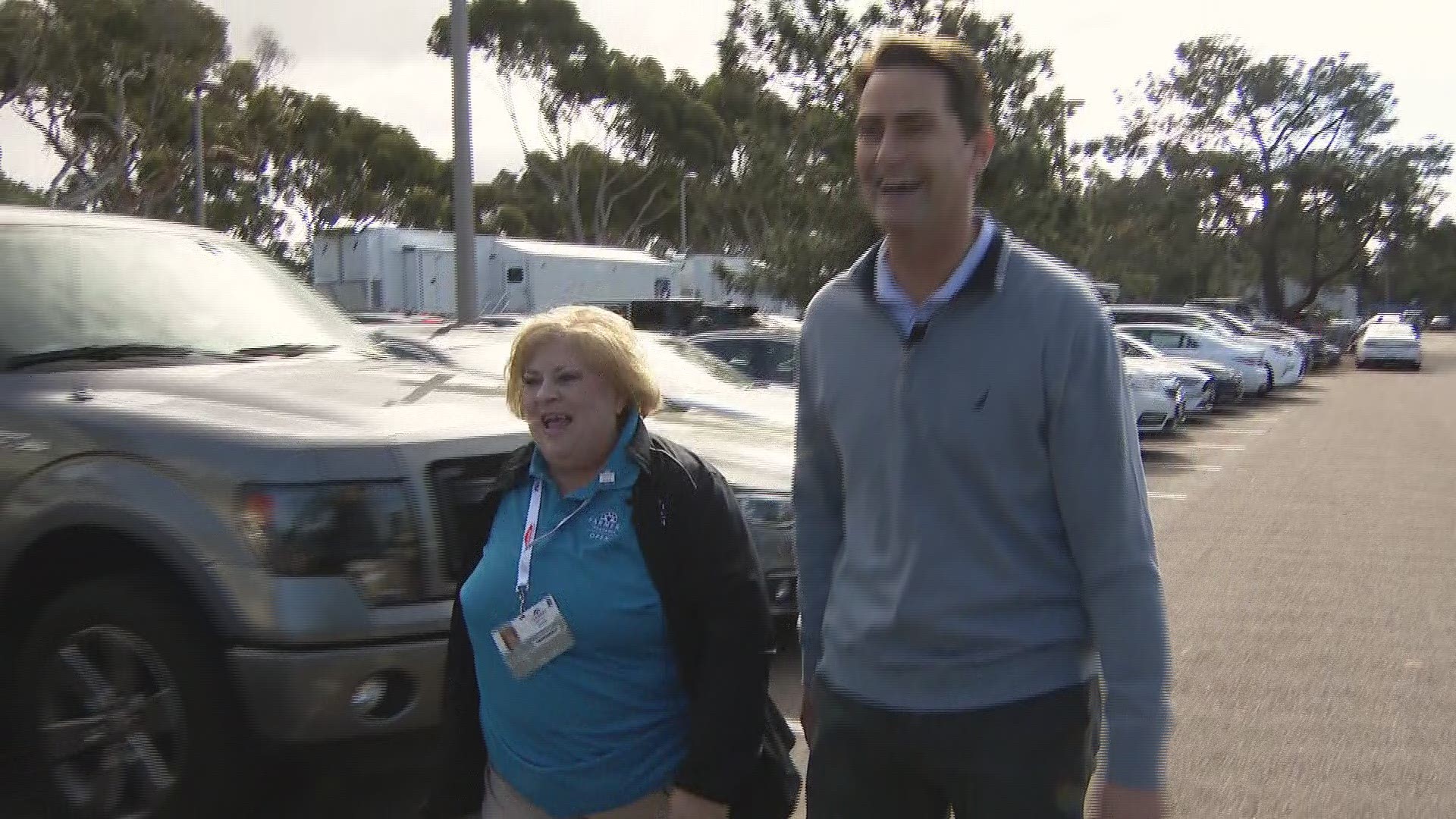 "We should tell people how much you make," I said to Rhonda Don.

The volunteer responded with a big smile and said, "I make $0."

Rhonda drives the pro golfers where they need to go in her van.

"Do you get star struck?" I asked.

She told me, "Yes, seriously star struck. If I have to pick up Rory McIlroy, I'll die."

"Tiger Woods got into the van in front of me, I was like, 'damn it. So unlucky.'"

I asked her, "What about Phil Michelson?"

She told me, "I have not met Phil either."

Phil was Rhonda's father's favorite player. Her dad was once a marshal at the course.

RELATED: What you need to know if you’re heading to the Farmers Insurance Open

"It was then called the Andy Williams San Diego Open," said Rhonda.

She doesn't know how to hit a golf ball, but she can sure drive a van.

"I have not hit anybody yet. That's a good thing," she said laughing.

Driving is the easy part, it's the directions that get in the way.

"I picked Francesco Molinari up at the airport. I drove him all the way back up here and missed the turnoff to the golf course," she said.

Rhonda admits, she has missed a few turns.

"Yeah, it was a bogey. It was more like a double bogey," she said laughing.

Rhonda was a Charger Cheerleader in 1974.

"Do you still know some cheers?" I asked.

She responded, "Yes, but none that I am willing to perform ha, ha."

Just when I thought she lacked team spirit she offered to show me a Charger bolt tattoo on her chest.

Rhonda pulled part of her shirt down and there it was.

And wouldn't you know, the very next person our San Diego native picked up was Mr. San Diego himself.

"Hi Mr. Mickelson, I just wanted to let you know that you were my dad's favorite golfer," she said to Phil.

He responded, "Thank you very much."

Rhonda then said, "I'm really happy to have you today."

Away they went. Next up, Tiger Woods.