Former sailor Bob Couey wonders what happened to a boy and girl evacuated from Saigon in 1975. 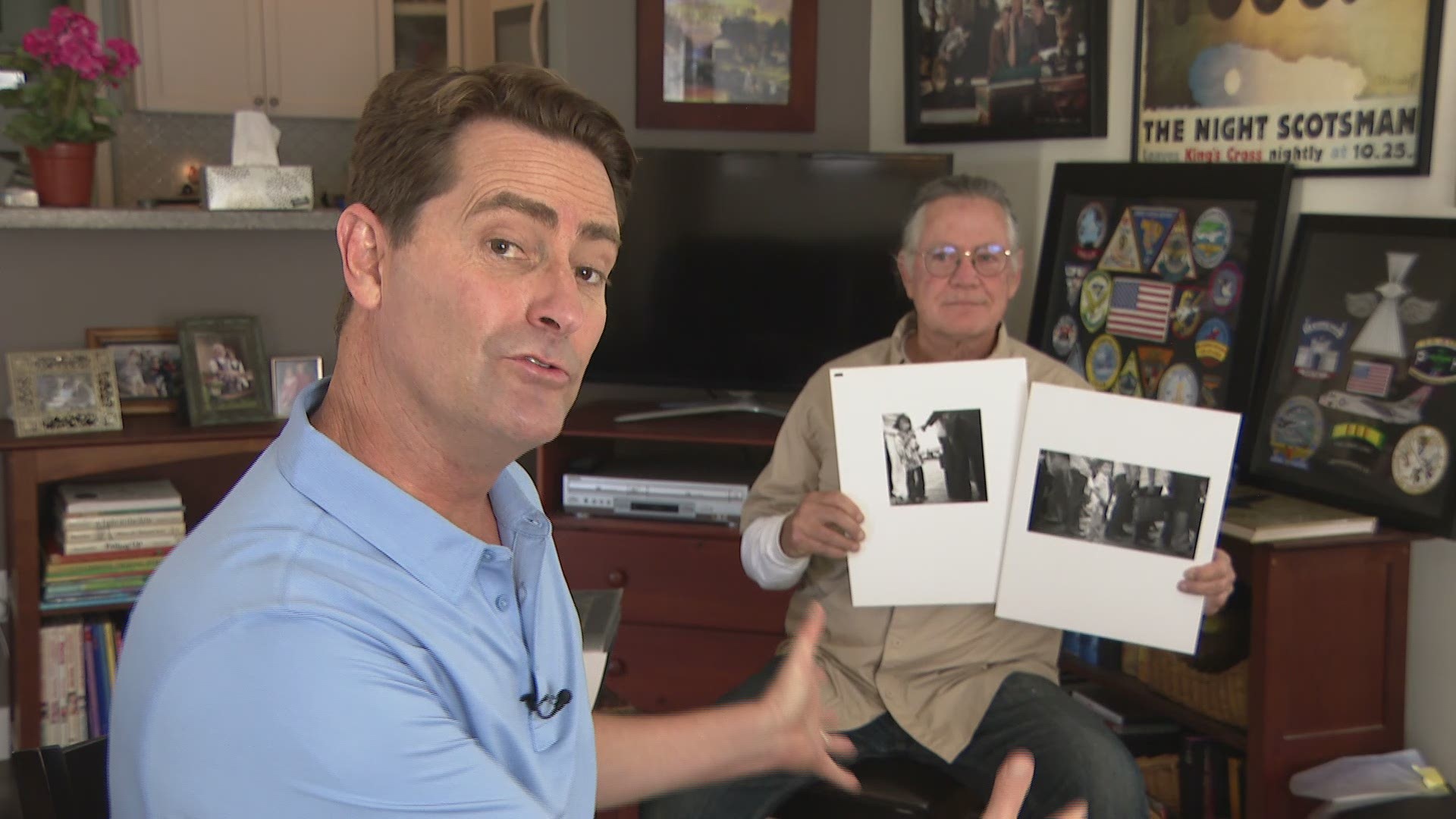 SAN DIEGO — When the Vietnam War ended, more than 50,000 refugees came to San Diego. In this Zevely Zone, a former Navy photographer is sharing pictures of two children that he hopes will bring him closure. On April 29th and 30th of 1975, the Vietnam War was ending. Navy photographer Bob Couey could feel history was about to be made. "Totally, I totally knew. Grabbed my camera went up the ladder," said Bob from his home in Oak Park.

In 1975, Bob was aboard the USS Hancock when Saigon was evacuated. "And you hear 'Clear the flight deck' and still when I say that the hair goes up on my arms," said Bob. Of all the pictures Bob took that day, the pictures of two children stay with him. "These are the two kids I was talking to you about," said Bob holding the pictures.

More than four decades have passed but Bob still wonders what happened to that one little boy and one little girl. "Did they make it? Did they make it to the US?" asked Bob. He said he only took one snapshot of the boy and one of the girl out of respect for their predicament. "Because they looked so bewildered and kind of freaked out by the whole thing," said Bob.

The Fall of Saigon occurred in 1975. Communist troops from North Vietnam attacked Saigon and sent Vietnamese from the south scrambling for safety. Over a period of time, more than 50,000 refugees arrived in San Diego and were bussed to Camp Pendleton for shelter and food. Eight hundred Marines and civilians set up one thousand tents at Camp Pendleton. It's possible the children Bob wants to identify were sent to another part of the United States.

Last summer in the Zevely Zone, we profiled several Vietnamese families who moved to San Diego after the war. "It was dark when we got off the bus," said Trang Nguyen who was 10 years old when she arrived at the tent city.

News 8 interviewed Trang in 1995. "I remember wondering where are we going? Why is it taking so long?" said Trang who didn't speak English.

Bob is wondering if someone in San Diego could identify the two children in his pictures but he knows it's a long shot. "It was totally chaotic, and it really got chaotic when they started pushing helicopters off the back because they realized they did not have enough room," said Bob. Even when helicopters were pushed off the flight deck to make more room for more evacuees, Bob and other sailors entertained the children to ease their panic.

"A lot of guys were blowing up surgical gloves and blowing them up like balloons, there was a lot of compassion," said Bob who is part of a family with three generations of Naval service.

Bob suspects the children are probably in their early 50's now. He would love to meet them and ask them these questions; "Did they start families? Did they go into a profession or a trade or something? It would be really cool to find out," said Bob. The former Navy sailor is hoping someone in San Diego can solve the mystery. "Things like that stick with you," said Bob.

Vietnamese refugees were sent to eight states in America, but the majority came to California.  If you recognize the children in the picture, send me an email at ZevelyZone@kfmb.com.