What started off as a tooth infection led to a stroke, sepsis, and a $2M medical bill. Andru Clarke shares GoFundMe page asking for help. 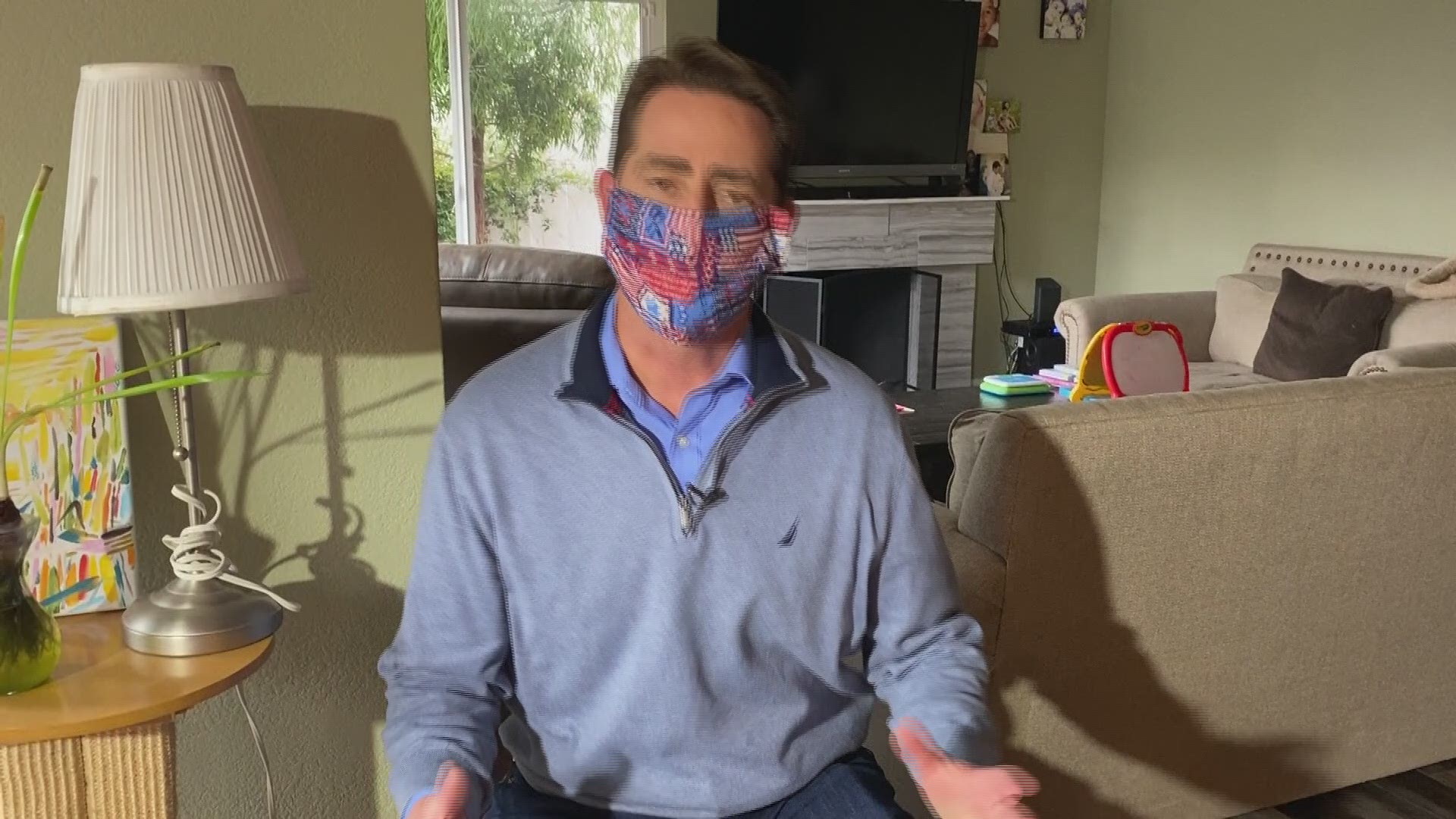 SAN DIEGO — Some challenges in life are too big for one family to handle and the community's support is the only way to make a difference. In this Zevely Zone, I went to Emerald Hills to meet a husband and father with a Go Fund Me page he hopes will convince you to join "Dru's Crew".

"I love running. I love jumping. I loved it. It was a huge part of my life," said Andru Clarke who ran track at UCLA.

After graduating from college, Andru spotted Sarah in a restaurant and immediately thought, "Yes! She was beautiful and poised," said Andru.

Life was filled with nothing but love for Andru and Sarah until two years later.

The 44-year-old husband and father assumed he'd make a full recovery, but a stroke and sepsis followed.

"A five percent chance of living," said Andru to which Sarah added, "They actually read him his last rights."

In fact, Andru died three times on the operating table.

"I died three times and was resuscitated," said Andru.

Those miracles should have meant a return to their three daughters, ages 25,4 and 2. But the cruelty of health complications started stealing from Andru piece by piece.

"They ended up having to amputate my left leg. My left arm below the elbow and all of the toes on my right foot, and the tips of my fingers on my right hand," said Andru.

Andrew is a talented accountant, who hasn't worked in two years.

"It's not that I just can't work, I am incurring huge bills on top of everything," said Andru. His medical bills have totaled two million dollars from a hospital stay that because of COVID prevented him from hugging his children for seven months.

"He doesn't have two hands and he doesn't have to walk because he is in a wheelchair, but he has another hand and that makes him sick," said his 4-year-old daughter, Amyrah.

Finally, in February, Andru was allowed to come home to what mattered most; his family.

"I mean I am here for a reason and I am going to stay here," said Andru with tears in his eyes.

In his mind, the former UCLA track star can still run and jump, but it's a marathon that he needs to finish now.

"I want to see my girls grow up and I want to have the 50th Anniversary with her," said Andru while holding Sarah's hand. "I am going to be here."

RELATED: New Skateboard: Thanks to News 8 viewers, a young man is on a roll

If you'd like to help Andru financially with the most challenging life experience imaginable and help him defy the odds, please watch this video, or visit his GoFundMe Page by clicking here.

"Thanks for helping us, thanks for taking care of my pop," said Amyrah.