Fresh air may be the future for local theater

The Greeks performed outside so why not San Diego's teenage stars? 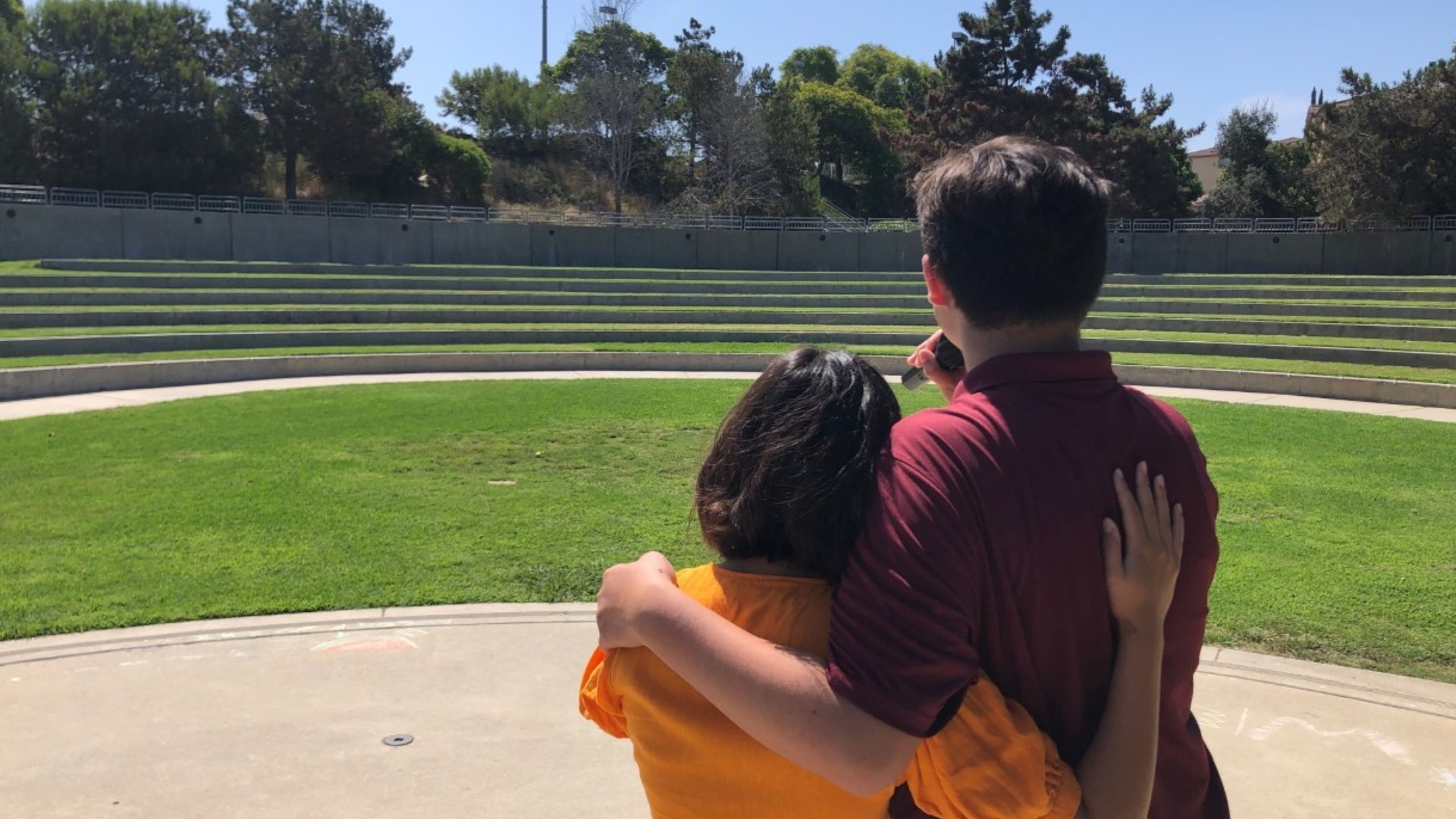 SAN DIEGO — Instead of breaking a leg, COVID-19 has broken the hearts of a lot of teenage actors. In this Zevely Zone, I went to Carmel Valley to see how local teenage theater stars are improvising during the pandemic.

Standing side by side on the stage of an empty outdoor amphitheater, sister and brother, Chloe and Ethan Cruz demonstrated how the future of theater could take us back to the very beginning. They are singing a song called "When You Believe" from the production 'Prince of Egypt.'

The words are prophetic for the times.

"Many nights we pray with no proof anyone could hear. In our hearts, a hopeful song, we barely understood," they sang.

Roxane Carrasco, the Theatre Department Chair at the San Diego School of Creative and Performing Arts says theater originated in the great outdoors with the Greeks.

"Sure did in an amphitheater so we are bringing it back!" she said.

Roxane said March 13th was the toughest of days. Due to COVID concerns, the school canceled "In the Heights", a musical written by Lin Manuel Miranda. Ethan Cruz was all set to step into his first leading role but the curtain never went up.

"I was very excited. It was very disappointing and we all just kind of looked at each other and said what now? " said Ethan.

Theater is being forced to do what it does best -- improvise -- by diving deep into the craft of acting with online master classes.

"It's challenging and we are heartbroken sometimes but this is temporary and that's what I keep saying, it's temporary," said Roxane.

The school is also flying in stars from Broadway to keep students inspired.

"When I watch other people perform I am just like, I need to be that, I need to," said Chloe Cruz.

The crowds may be missing but the passion for performing is waiting on center stage.

Perhaps the lyrics of the song say it best, "Who knows what miracles you can achieve when you believe?"

The San Diego School of Creative and Performing Arts is the only performing arts school in the San Diego Unified School District. 1,400 students attend the school.