How many Trick-or-Treaters are you expecting to knock on your door this year? Jeff went to Bressi Ranch in Carlsbad to meet the Pirates of Peppertree Way. 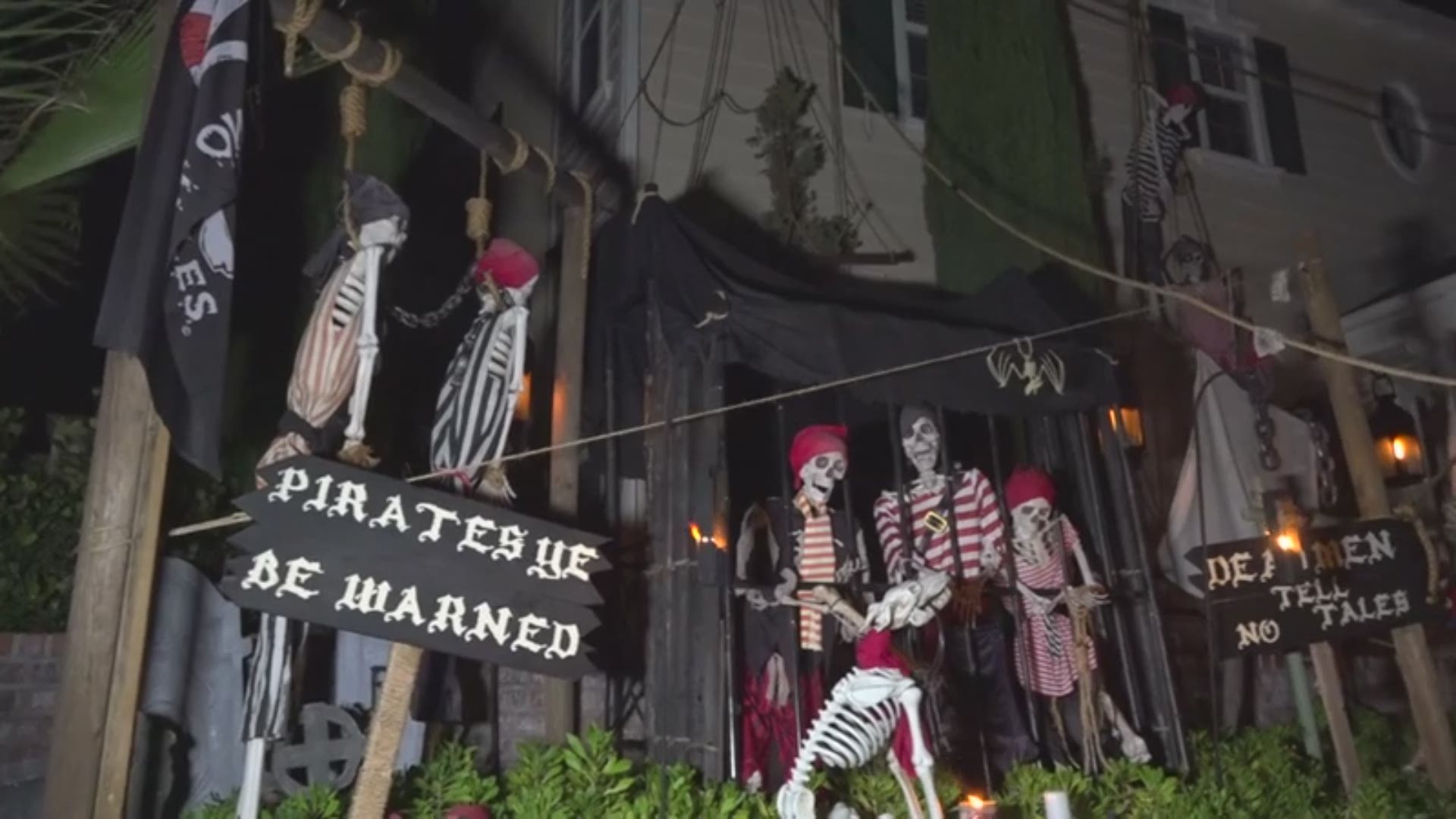 How many trick-or-treaters are you expecting to knock on your door this year? What if you had to put the candy bowl away after 2,000 visitors came, but they still kept coming? In this Zevely Zone, I went to Bressi Ranch in Carlsbad to meet the Pirates of Peppertree Way.

Sometimes television can't capture the scale and extravagance of a story but to hear it from the looky-loos.

"This is amazing, I've never seen anything quite like this," said Toni Thompson who was driving by with her husband Pete. They came to see several blocks of homes decorated for Halloween. This all started 14 years ago. "Yo, ho, ho, it's a pirate's life for me," sang about 15 of the original pirates. Every great tradition needs an instigator and it was Tamara Bailey who first approached her husband Ron. "She says I have an idea, and that's when I usually run, her ideas are good but I know they are going to be a lot of work," said Ron. Tamara then said, "This is what Halloween is all about getting to know your neighbors getting to see the kids and that is the spirit of Halloween for us."

Around here, even reporters get decorated. Tamara put a pirate hat on my head and insisted I keep it forever. "That is backwards, let's get it on right," she said with a laugh. "I'm off to the next house," I said.

Refuse to set sail on this street, you might as well walk the plank. "Ha, ha. We'd be ostracized. Ha, ha, ha," said Jen and Mike Kurisu with their two sons dressed up as pirates of course. The Kurisu family buys two thousand pieces of candy and gets cleaned out every year. "What this is this is community, this is collaboration, and this is caring you see here are The three C's that make up a something of what a neighborhood should be," said Mike.

There was one family that refused to participate in this event and thank goodness when they moved away. George and Agnes moved in with their children. "We don't shy away from a challenge, the German engineering right here," said Agnes and George Strehlow. When they were shopping for a house, the real estate agent had to warn them this was the crazy pirate street with huge crowds.

A repeat performance of this? You'd end up a dead man. The Pirates of Peppertree Way say they do this for the community and in the past 14 years no one has stolen their decorations.