Joey Travolta teams up with filmmakers with disabilities in Kearny Mesa

"Carol of the Bells" is taking home awards. 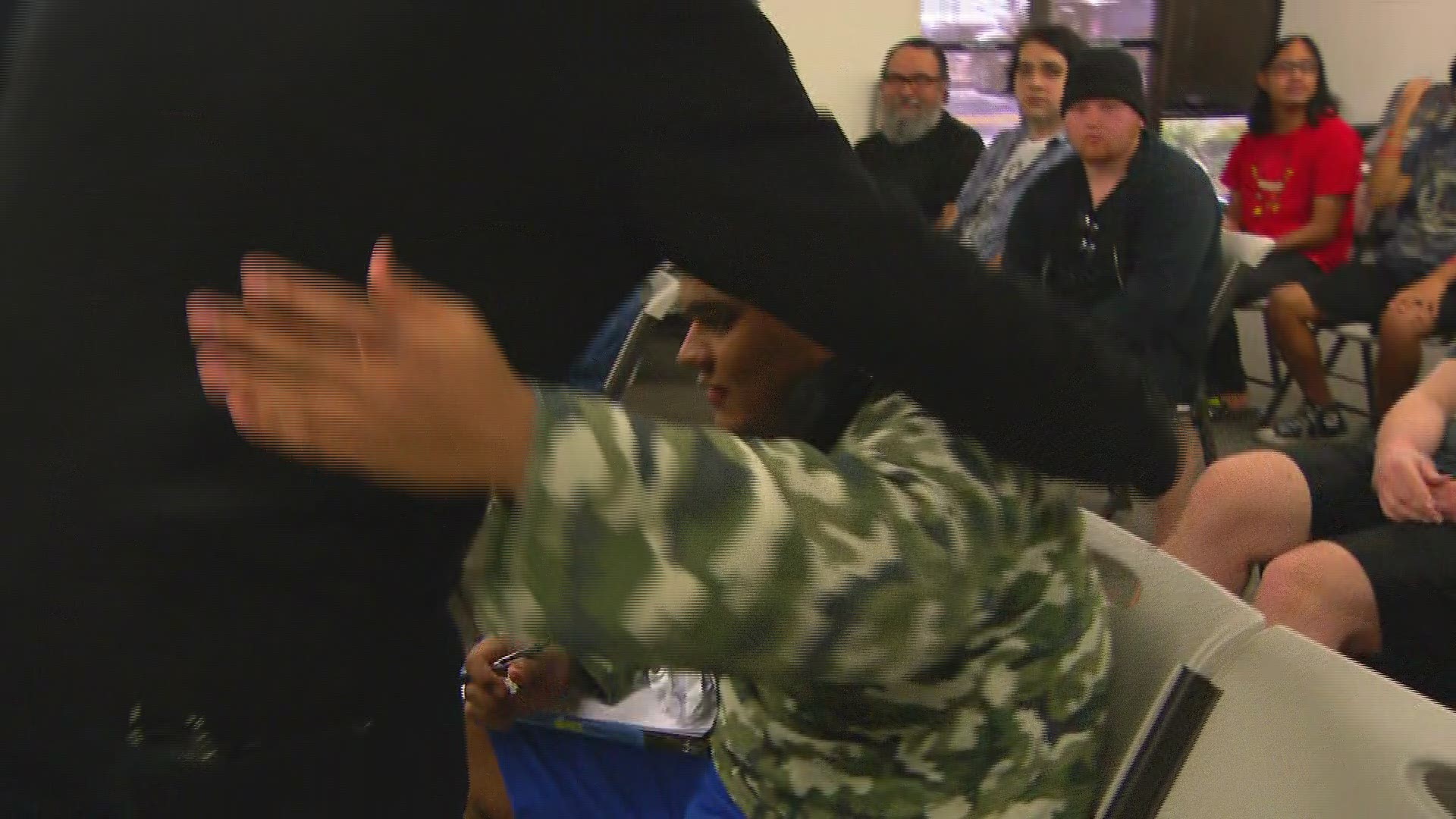 "That would be Joey Travolta," said one student.

Joey responded with a handshake and said, "Hey, how are you?"

Growing up a Travolta may make you famous, but Joey says he and his brother, John, were taught a valuable lesson by their father.

"The message was inclusion. Everybody was welcome at the table. Everybody had a place in our home. Two of my friends growing up were special needs," said Joey.

Joey said often times, he stood up for his friends when no one else would.

"Nobody would pick on them," said Joey. "I would step in or do whatever and two of them became my best friends all through life."

Joey became a special education teacher and eventually transferred his passion for those who are challenged into movie-making with his non-profit organization called Inclusion Films.

Joey walked into a room at Options for All where two students were working.

"We are doing good," said Eric Apparito and Marissa Garcia, who were both production assistants on Travolta's latest film.

"I didn't even know the guy until that trip, so meeting him so learning so much about him and his brother, John Travolta, was a huge opportunity for me," said Eric.

Carol of the Bells is Travolta's first feature film with developmentally disabled actors and crew. It stars RJ Mitte from Breaking Bad.

"RJ Mitte was very friendly. He was very polite with all of the people that got to volunteer at the site," said Marissa.

Joey added, "70% of the crew was neurodiverse, so I am showing that not only can they work, but we made something of value."

Inclusion Films was started in 2007 by the veteran filmmaker. The mission of Inclusion Films is to teach filmmaking to individuals with developmental disabilities in six dedicated production studios through California.

In addition to  workshops, they travel the country doing short film camps for children and teens with autism. The production team that has been trained by Inclusion Films is available for hire - where they work side-by-side with veteran filmmakers. One of the goals of Inclusion Films is to continue to seek out employment opportunities in the film industry for individuals with developmental disabilities.

"That means more to me than anything - that the people love it," said Joey.

Options for All is a filmmaking studio in San Diego - one of seven statewide that Joey partners with.

"20% of the population has a disability and they have parents and they have brothers and sisters and aunts and uncles and grandparents, so it's a market that is underserved," said Joey.

This means new careers can be launched for anyone who desires bright lights on the big screen.

Carol of the Bells had its theatrical release in December and it releases for sale on March 3.