Joshua the Jedi: Blind surfer shows off his skills

The 39-year-old surfer is 100% blind. His friends started calling him "Joshua the Jedi." 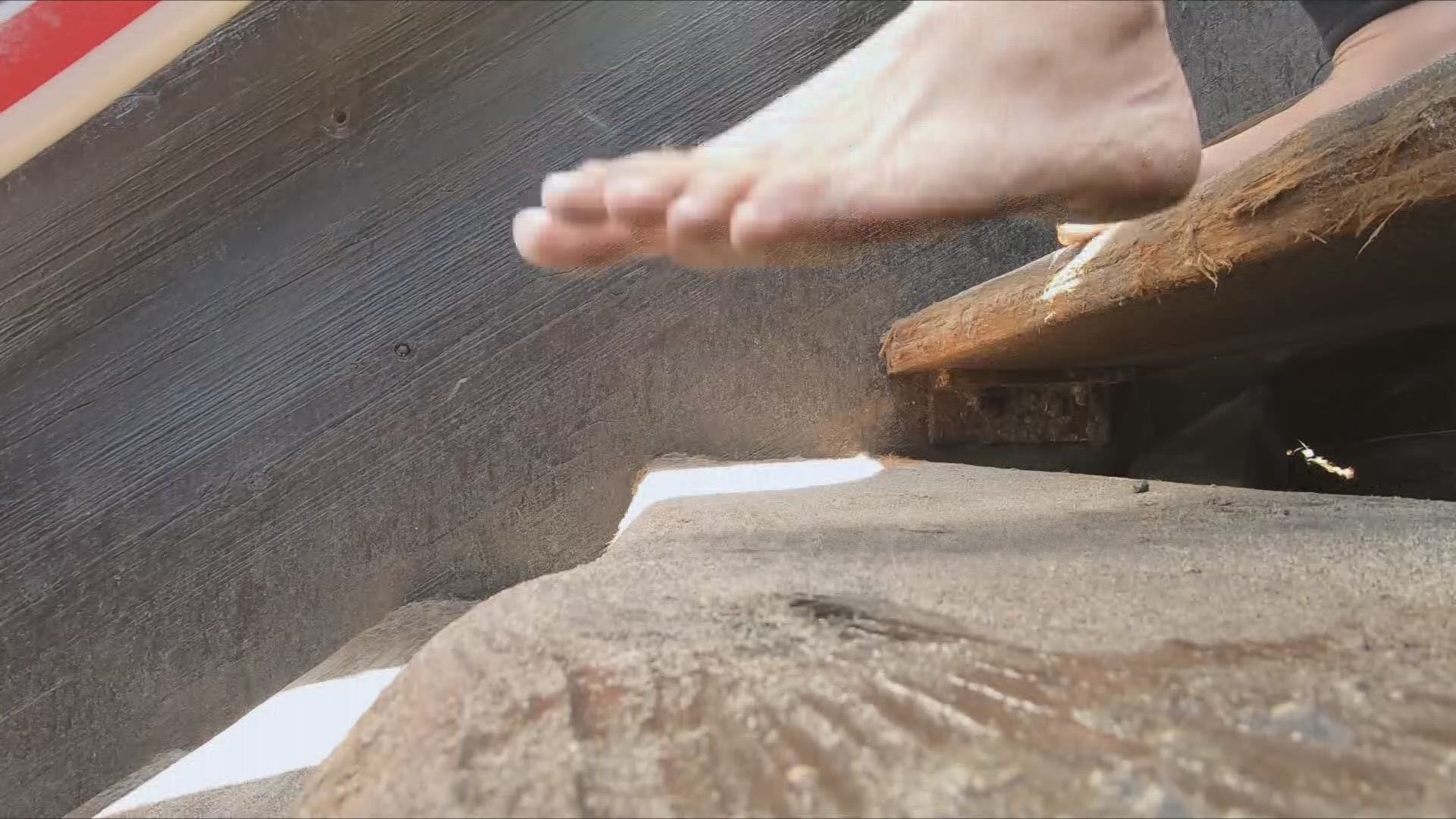 ENCINITAS, Calif. — Swami's Beach in Encinitas is a crowded surf break and one of the best waves in California so you'd better bring your A-game if you plan to surf it... especially with no vision.

In this Zevely Zone, I profile Joshua Loya, the blind surfer.

For Joshua, just navigating the Swami's staircase is a challenge. The 39-year-old surfer is 100% blind.

"I thought that he had tremendous potential as a visually impaired surfer." said Coach Pat Weber from San Diego Surfing Academy who must have an eye for talent.

Joshua was the U.S. Champ in less than a year.

"Fire in the belly is just number one, just sheer will," said Weber.

His friends started calling him "Joshua the Jedi."

I followed the Jedi and Pat into a world of water where teamwork took over.

"Up!" yelled Weber as he told Joshua where to be and when to paddle.

He caught a wave and raced right by me.

"Oh, that was great," said Joshua as he paddled out for another wave.

I'm not sure if I could make it to the bathroom and back with my eyes closed but there was Joshua paddling straight into the surf.

"To the left, faster, faster, push up," yelled Weber telling Joshua when the wave was coming.

Joshua said there is one rule when you get video of him, don't be in front of him because he can't see me. I got a little too close on the next wave and his board clipped me.

As a toddler Joshua was mostly blind, but he lost all vision after a freak nunchuck accident at age 15.

"Let's talk about the Kelly Slater Surf Ranch," I said.

Joshua was the first blind person to surf Slater's famous wave and he said Slater was a class act and the wave felt like butter.

"What does surfing feel like to you?" I asked.

He responded: " Now. If I could sum it up in one word it would be: now. Because you can not think of anything else than what you are doing at this present moment."

As for our time in the water, I'm pretty sure there wasn't a dry eye in the line up.

"I don't know if I could do it, very courageous," said a fellow surfer Lisa.

"I think he is incredibly inspirational. He is my hero," said another surfer named Katie. "Watching him get to his feet is like... it takes your breath away."

Surfer Bob Norton put it best with tears in his eyes: "That was just so cool, I mean this sport is hard enough. I've been doing it 50 some years. I can't imagine closing my eyes. Makes me want to cry. That's incredible."

When I asked Joshua how he stays so positive he answered:

Joshua travels to surf contests and wants to defend his title. If you'd like to learn more about his surfing or make a donation for his expenses go to www.gofundme.com/f/adventuremind2019