In Tuesday's Zevey Zone, Jeff was invited to the McKinney Family YMCA in La Jolla to meet Cappie's Country Kickers. 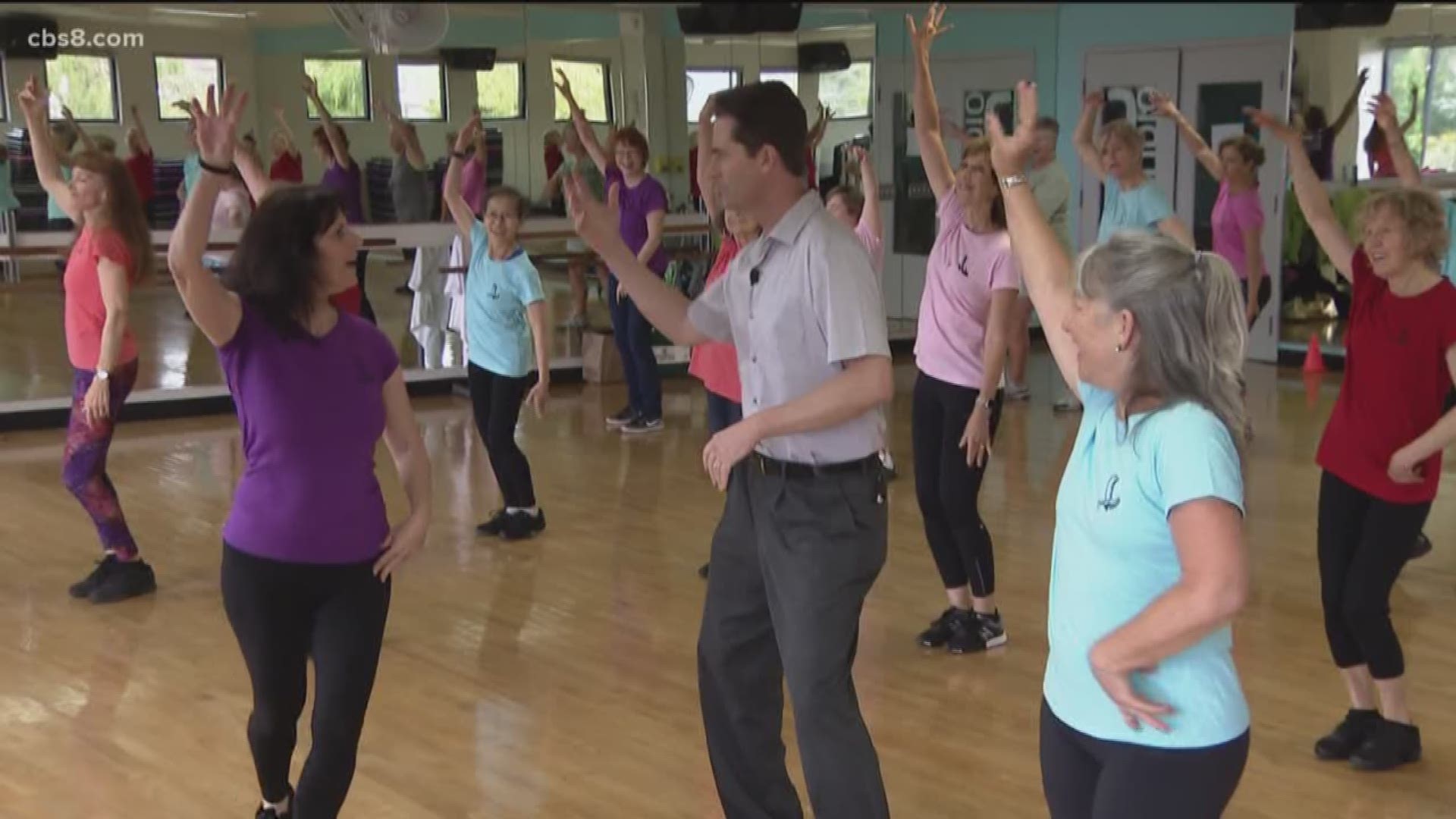 SAN DIEGO — When you dance with a group, timing is critical but that's not the case when your main objective is having a good time.

In Tuesday's Zevey Zone, Jeff was invited to the McKinney Family YMCA in La Jolla to meet Cappie's Country Kickers.

"Hi everybody, come on in. Quick. Quick. Pow wow time," said Cappie Geis, who is a dance instructor and a bundle of energy.

"Does everybody have a red banana?" Cappie asked.

Several dozen seniors are rehearsing for their annual performance at the San Diego County Fair. Cappie's Country Kickers have performed at the fair since 2002, but Cappie got into this game decades before after learning inspiring is way more important than instructing.

"Everyone is the same, everyone is equal, as long as they put it in their heart," said Cappie with tears welling up in her eyes.

Take a class with Cappie, the tears flow and so does the sweat.

"Cappie is wonderful and everyone is my family," said one student.

In fact, every student, we spoke to told us this class is more like a family.

"I've survived cancer three times, they have helped me through the hard times, dancing with my wig and a bald head it's been such a joy," said a student named Colleen.

Surrounded by lovely ladies, you'll find Barney Mann who just happens to be the only man to brave the dance floor.

Jeff asked the group, "Is Barney a ladies' man?"

Everyone laughs but then Cappie pointed to Barney's wife Sandy and said, "He's this lady's man."

Barney takes the class to support his wife who is fighting Parkinson's.

"He does enjoy the extra attention," said Sandy with a wink.

As you grow older, life's path can get a little crooked, but the students say there's something about line dancing that straightens you out. If life gets out of step, don't forget to dig in your heels.

"Keep on dancing, keep on dancing," said a smiling line dancer named Karen. Followed by these final words from Cappie herself,  "I love these people right here."

If you'd like to see Cappie's Country Kickers in action, they perform at the San Diego County Fair on July 3rd on the San Diego Showcase Stage.