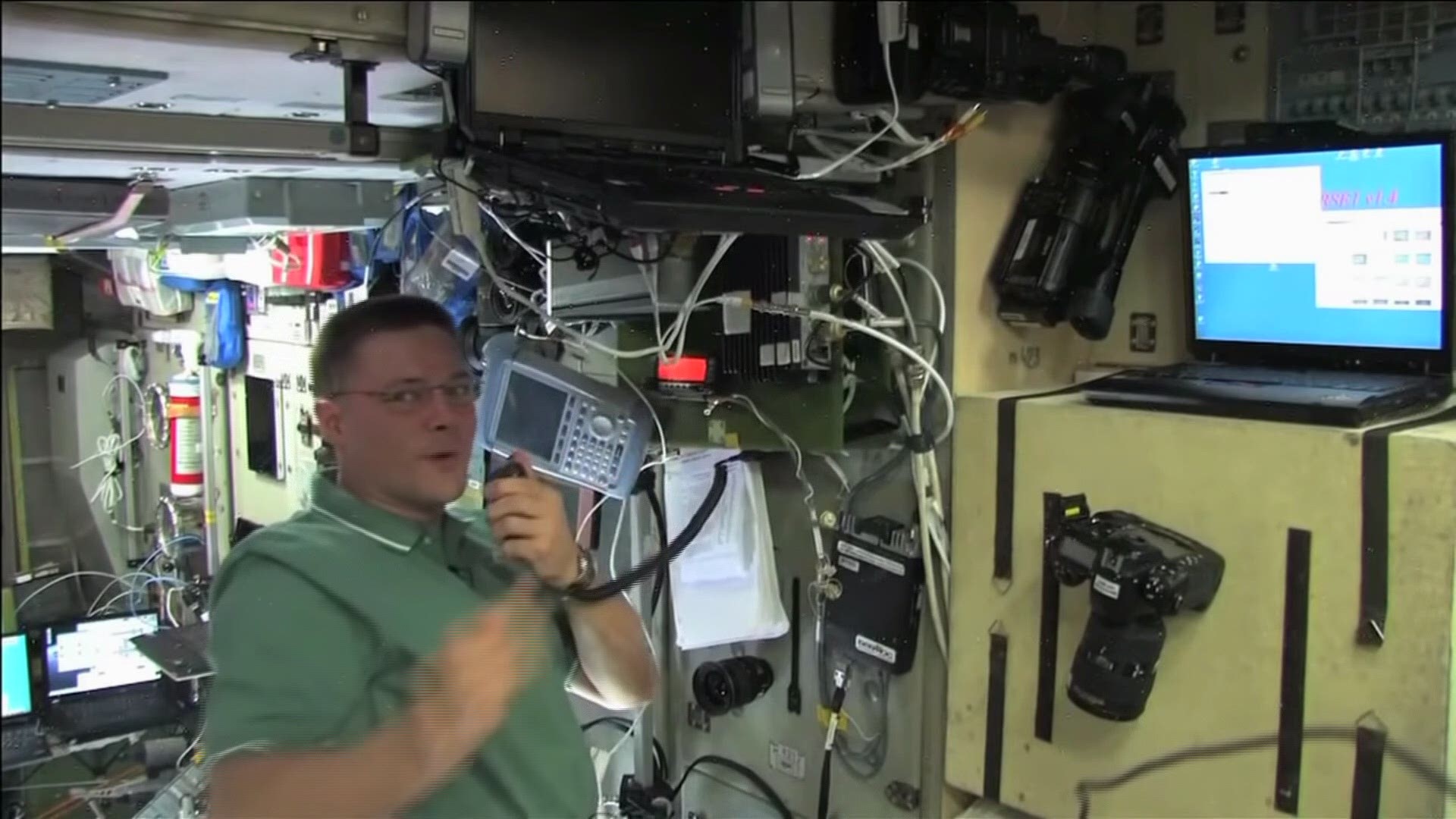 LA MESA, Calif. — The International Space Station may seem galaxies away, but students are learning it's soaring only two hundred and twenty miles over our heads. In this Zevely Zone, I went to La Mesa to find out how students are able to talk to astronauts.

I went to a garage filled with radio equipment and one very smart man.

I asked him, "Is this your man cave?"

Kerry Banke laughed and conceded, "This is my man cave yes!"

Kerry worked as a Qualcomm engineer for 14 years and now in retirement helps NASA build radios for the fun of it.

Kerry puts in 30 hour weeks building ham radio for NASA and how much does he get paid?

In 2016, News 8 aired a story on the program.  Students performed Q and A with the people in space.

"What do you miss most on earth besides your family?" asked on student.

Another asked, "What do astronauts dream about in space?"

The astronaut responded, "I don't dream very often but sometimes I dream about floating around."

Another student asked, "When you first arrived in the ISS was it what you expected?"

The astronaut responded, " It is very complex and the view of the earth is incredible."

After the radio contact, two students told us, "I want to be an astronaut, I want to be the President."

Kerry received his ham radio license at the age of 13 and all of these year later Space X 20 delivered his radio to the International Space Station. It's a special place where more than 200 people from 19 different nations have visited.

"There is no politics involved here. It is so cool from that perspective. We all have the same goal to work with the kids to promote science," said Kerry.

Maybe getting along with people from other countries isn't rocket science after all.

"Yeah and that's what a retired Qualcomm engineer does for fun," said Kerry.

If your school is interested in the ham radio program ARISS go to www.ariss.org