'Little Ninja' encourages everyone to wear a mask... or else

The 12-year old martial arts world champ supported her grandmother's COVID-19 fight by asking everyone to wear a mask. 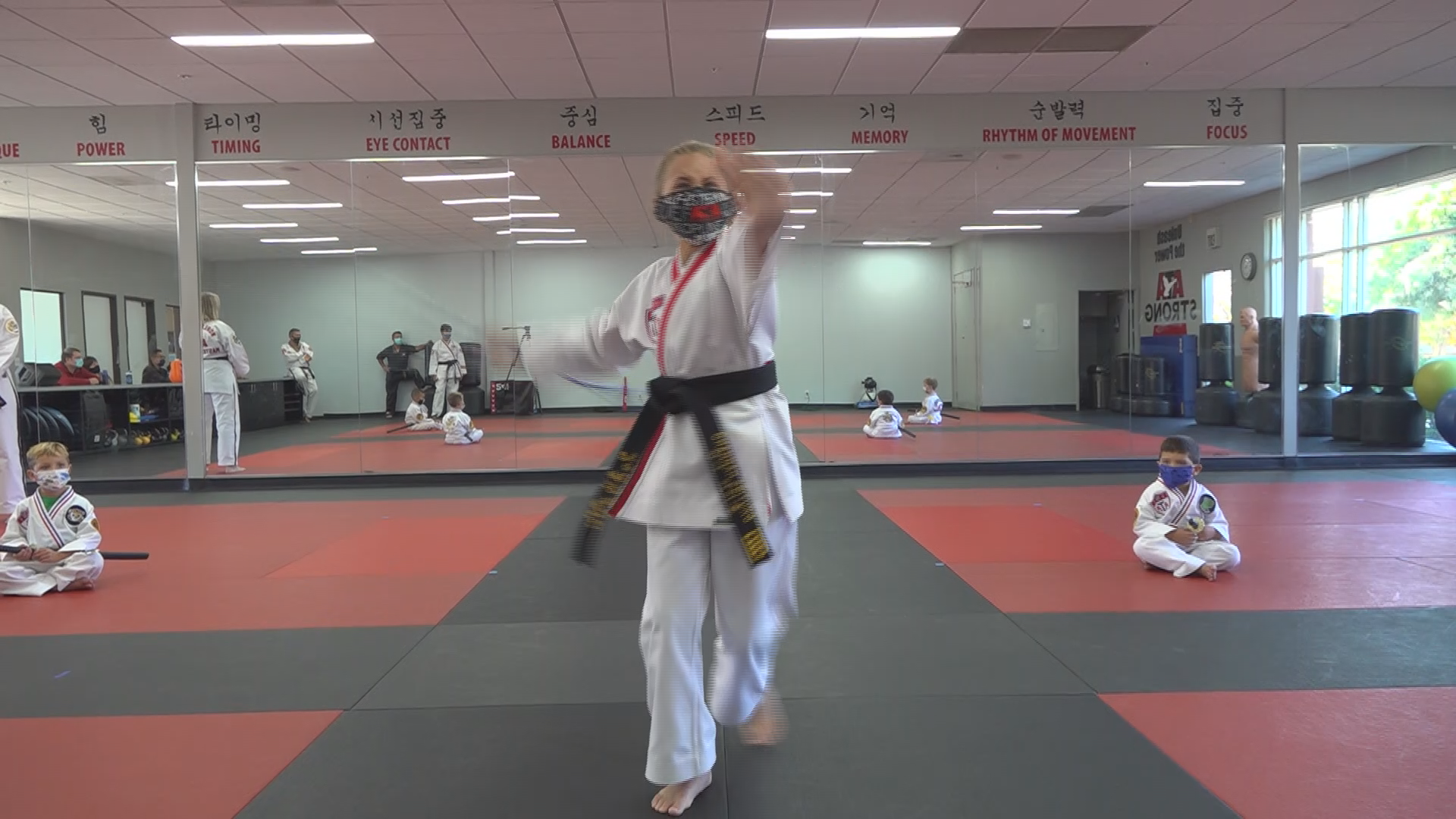 SAN DIEGO — COVID-19 packs a powerful punch and so does a 12-year old martial arts prodigy in Camel Valley. In this Zevely Zone, a "Little Ninja" encourages everyone to wear a mask. Channah Zeitung learned from an early age to walk softly but carry a big stick. "I got my black belt when I was five years old," said Channah.

The sixth-grader started training in the martial arts when she was just two years old and ever since she's been a social media sensation, even getting retweeted by Wesley Snipes. "I mean I was so surprised; I was like my tweet?" said Channah.

Some people are just made for the spotlight and Channah wants to be a Hollywood actress. "Yes sir, I love being on camera," said Channah. Her Instagram page is loaded with pictures and videos of her in action. "Hey this is Channah Zeitung from season three of Little Big Shots," said Channah in one of the videos.

She's already appeared on numerous national television shows and been interviewed by Steve Harvey and Katie Couric. "It's just deep down inside because I know I just have to be happy because for like COVID right now, I have to be happy no matter what. I am always positive like wearing a mask I am positive about that because I am keeping another person safe, I have respect for them and respect for myself," said Channah.

Last spring when her grandmother contracted COVID, Channah released a public service announcement asking people to wear a mask. "My grandma is doing amazing, she is still the same person with the same personality, it's just her body has changed it's just she is not able to do as much as she could before, she can't walk from place to place as much because of COVID," said Channah.

Since then, Channah has done everything possible to protect the elderly and share her message. "Adorable, she is adorable, I mean curly hair blue eyes," said Master Church from Church's ATA Martial Arts. Master Church has travelled the world with her star student collecting trophies. "Yes, she has 11 or 12 world titles and I think 6 Pan-Am titles that she won in Uruguay. She is known worldwide people recognize her," said Master Church.

Channah may stand 4'8" and weigh just 70 pounds but do not underestimate the bubbly powerhouse. "I say even if you are small it doesn't mean you can't achieve big things. I mean I am a very small person, and I don't let that get in the way of anything," said Channah.