After five years of military service, Smedley the English Bulldog Marine mascot is about to call it a career. 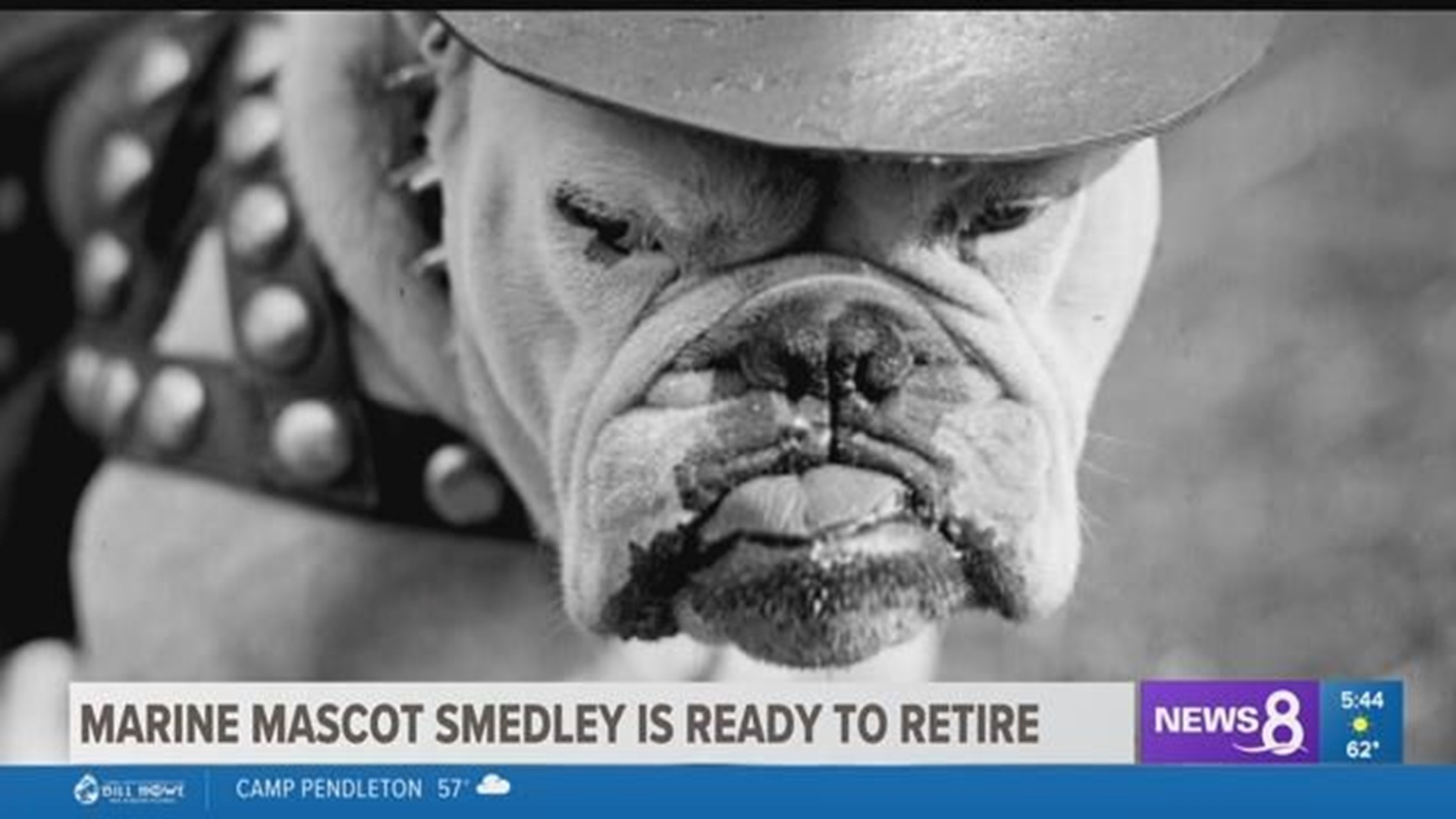 SAN DIEGO (NEWS 8) – After five years of military service, Smedley the English Bulldog Marine mascot is about to call it a career.

In Friday’s Zevely Zone, Jeff went to the Marine Corps Recruit Depot for a visit that was long overdue.

Sgt. Anthony Leite is Smedley’s handler. He said he marvels at the patience of a dog who can meet tens of thousands of strangers and never bite a single hand.

Smedley rose through the ranks to Corporal, but Jeff first met him when he was just a Private as a 14-week-old puppy.

Smedley is a few months away from retirement and Sgt. Leite will be adopting him.

Once a Marine, always a Marine.

Smedley’s successor has already been picked. Another English Bulldog puppy is already training for his upcoming duty at MCRD. His name will remain a secret until he receives his official orders.