How to feed a Giant Pacific Octopus

What has eight legs, nine brains and just spit on our Jeff Zevely? 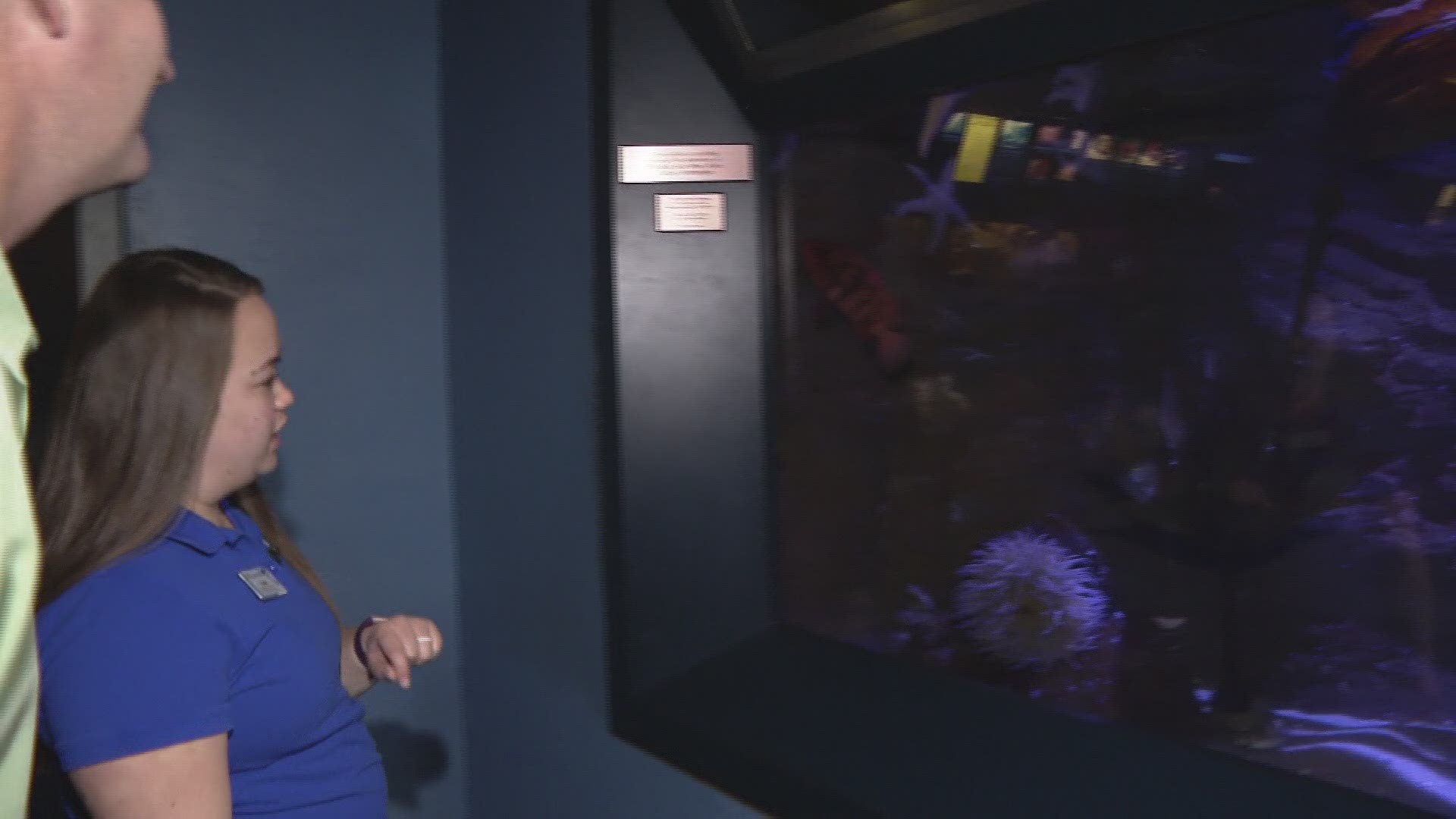 SAN DIEGO — "We are going to take a look at one of our most charismatic animals at the aquarium," said Kaelie Spencer.

She is an aquarist from Birch Aquarium who offered the first ever behind-the-scenes feeding experience with its Giant Pacific Octopus.

We approached the tank and the octopus was no where to be seen.

Visitors lined up and stared into her tank.

"I didn't see him," said one visitor with his grandson.

"That's what our anchors do when they are not ready to be seen. They hide in their make up rooms," I said seeking a cheap laugh from the crowd.

The opening act for this show? Sea stars and bottom feeders. Our octopus was sleeping and I'm told highly intelligent.

"Smarter than a television reporter?" I asked (again with the cheap jokes).

Kaelie was kind enough to chuckle and respond, "I don't know. She has nine brains, so you tell me."

Kaelie led me through a door away from the public to the back side of the octopus' tank.

"So we will take a peek right up here," she said as we climbed a little ladder.

"She is hanging out right on top of that rock over there," said Kaelie.

The octopus was still sleeping and waiting for her clam breakfast. The creature is definitely looking a lot smarter than me right now.

This octopus is a strong leading lady with nine brains and eight arms. Eight arms also means nearly 2,000 suction cups strong enough to lift a car or pull me into the tank.  The octopus' suction cups grabbed a hold of my hand and camera.

Kaelie said, "You're okay. Just pull away gently. Her mouth is located on the side of her body, so pull your hand away."

These are interesting creatures that either want to hold you tight and give you hickies, which cover Kaelie's arms.

"Do you have to explain those to your husband?" I asked.

I watched a special on television recently that showed how octopuses have the ability to hide from predators.

As we attempt to feed her breakfast, the octopus released a sudden and surprising amount of water at me.

The diva was ready to eat. Happy as a clam, she gobbled her food and took a bow.

"Best part of my day for sure," said Kaelie.

RELATED: Video: Octopus had bald eagle in death grip until fishermen stepped in