Mother is helping son living with autism how to lead a happy and productive life. 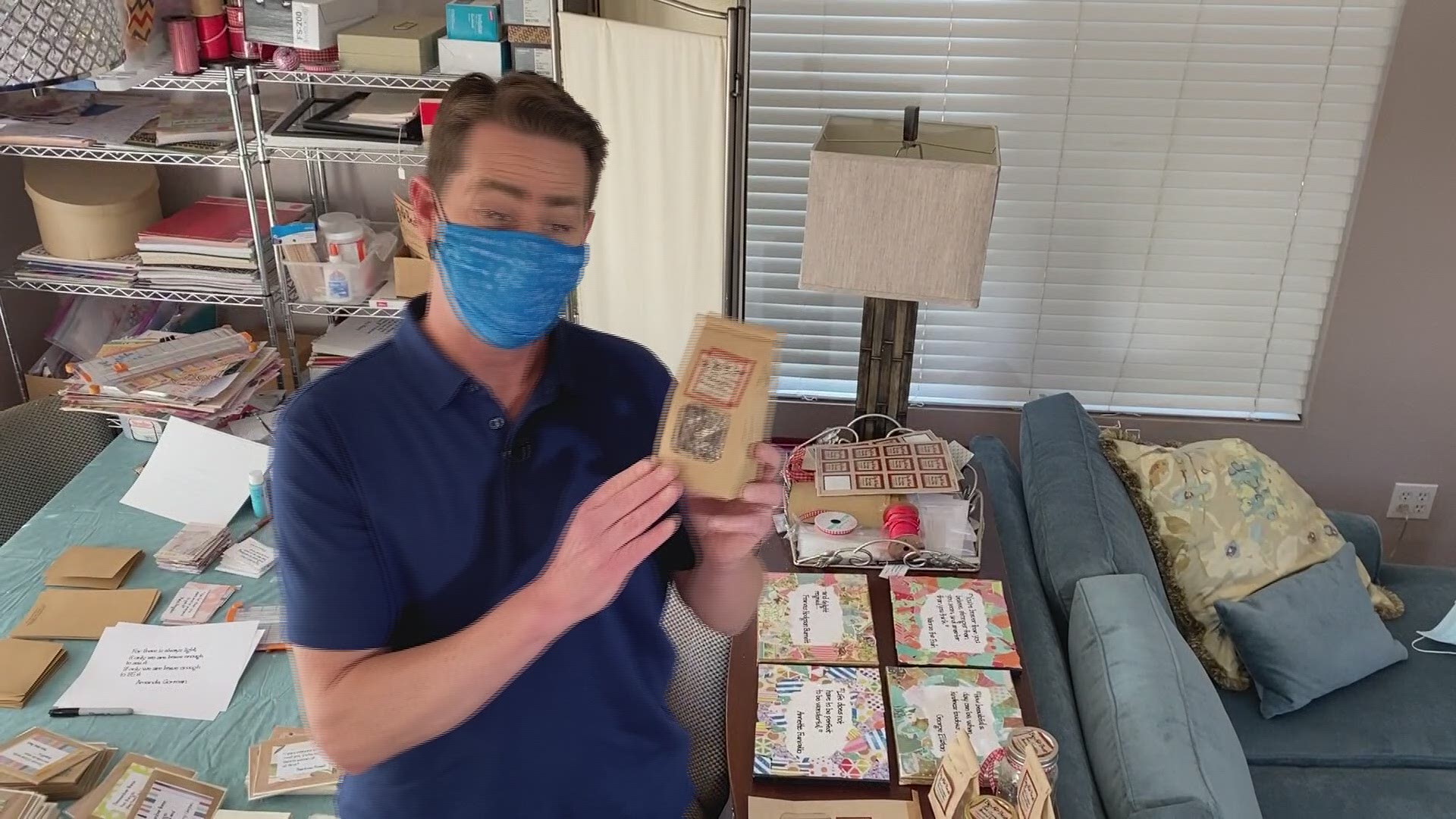 POWAY, Calif. — There's nothing like getting to know your new neighbors. In this Zevely Zone, I went to Poway to roll out the welcome mat to a mother and her son who I met a few months ago. Joanna Jaeger and her son Alex were sitting at a table selling toffee and I had no idea that they were new neighbors to San Diego.

"It's been lovely, it's very hard to make new friends in a pandemic," said Joanna. The Jaeger family moved from the Bay Area to Poway last summer.

Alex is 28-years old and very punctual, showing up for our interview right on time. Diagnosed with autism as a child, when Alex became an adult, he told his mother that more than anything else in this world he wanted to be a 'Helper.'

"So, my job is finding him ways to be a helper," said Joanna. "The quest is to make sure Alex has meaningful stuff to do."

Six years ago, Alex started making dark chocolate almond toffee, and since then, they've sold 2,500 pounds of Big Al's Best. Alex made a batch in front of my eyes in about 30 minutes; something he performs three times a day. Always humming a tune, Big Al's attention to detail and calligraphy also led to a greeting card business.

I asked Alex how he liked living in Poway?

On Instagram I spotted a picture of Alex at Poway's famous Tony Gwynn memorial. It didn't take Alex long to find and quote our hometown hero.

Joanna told me, "Yes, we added Tony Gwynn when we moved to Poway."

If you are wondering how does the toffee taste? Just ask the judges at the State Fair.

"They gave it a score of 97 out of 100 and a Blue Ribbon, so we are officially award-winning toffee," said Joanna.

The only thing left to do is is make another batch, which is why Alex gave his mom the look. The look that says:

Alex could not care less about being on the News.

RELATED: Joey Travolta teams up with filmmakers with disabilities in Kearny Mesa

If you're out and about, make sure you say hello to our two new neighbors who share a bond that sweeter than candy.

"We are pretty close, "said Joanna. "He is a happy young man. We should all be as content as he is."

If you'd like to buy some of Big Al's Dark Chocolate Almond Toffee, bags are available through pick up or delivery. The price for a small bag starts at just $5.