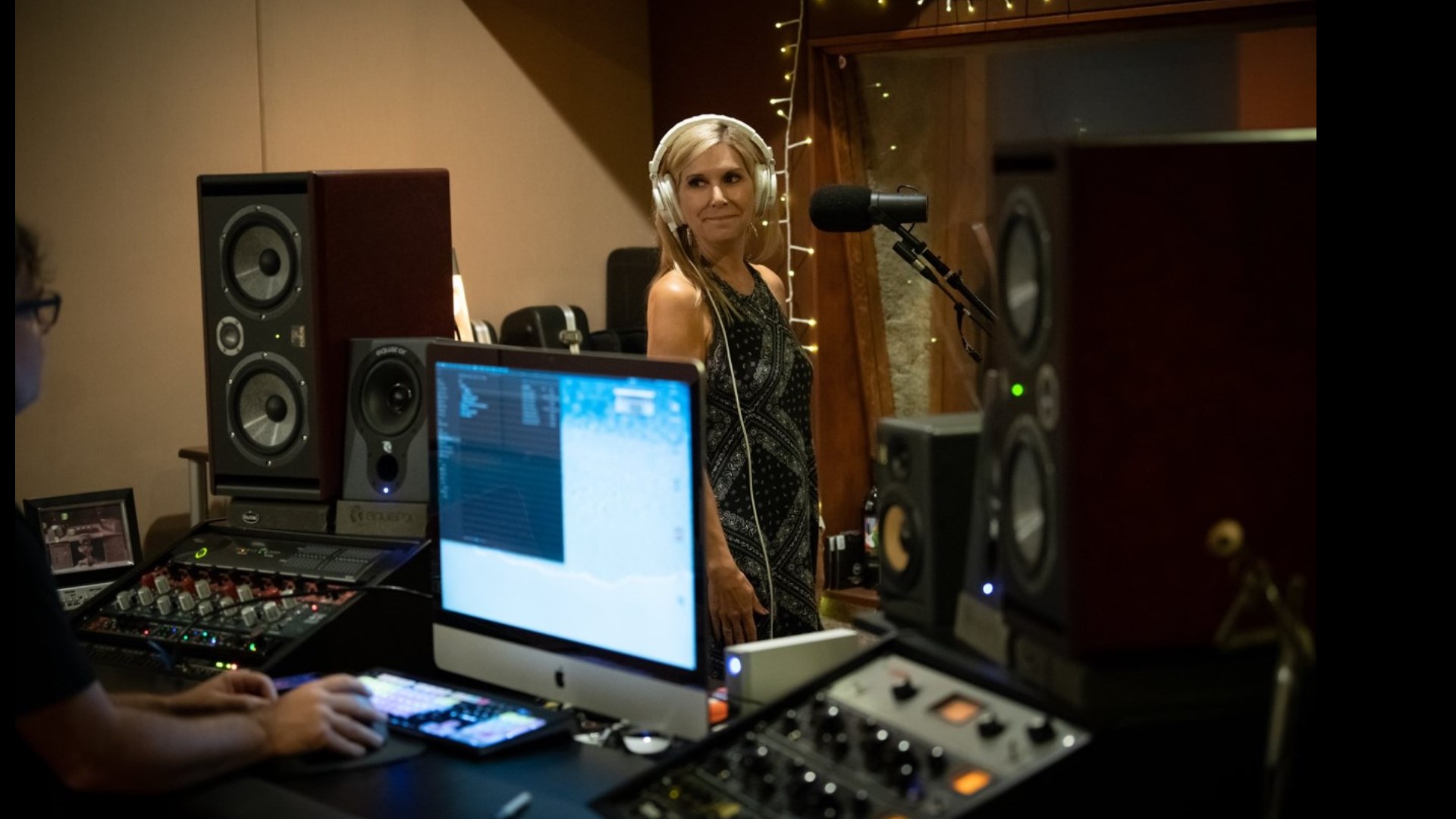 CARLSBAD, Calif. — A love for music can guide us through the highest of highs and lowest of lows. In this Zevely Zone, I went to Carlsbad to hear a mother share her very personal story publicly for the first time. Monica Sorenson is a rock star by night but second-grade teacher by day.

That's why she named her band 'Sometimes Julie'. "For a while, I went around performing under the name Julie because I was trying to keep my life separate," said Monica.

We all have a wild side. Monica is a pretty serious person. Rock star Julie has all of the fun. "Yeah, essentially," laughed Monica.

Watching Monica perform on stage it may appear as if she has been an entertainer for her entire life.  But she had never sang a song until eight years ago. I asked Monica how old she was when she started her music career. "I don't want to say how old I was because I was a grown-up," she laughed. "I was singing karaoke in a bar and discovered this was a great thing to do."

Even more than music, Monica loved being a mom, but in 2013 her story took a tragic turn. "I lost my son. He was in college and I lost him to suicide," said Monica.

Her son, Andrew, was 20-years-old when he died. He was the musician in the family who played the piano and sang beautifully. "He was this very creative spirit, he was also gay and at that time did not feel accepted by the world," said Monica with her eyes welling up with tears.

Monica said that when words can't express her grief, there is music. Monica said if your child is struggling with depression, stay close to them, be observant and get them professional help if they need it which she did for Andrew.

Monica has written hundreds of songs for Andrew like a new one called "Own Kind of Savior". "A lot of it is talking to Andrew. It's all of the things I wish I could say. I can't call him up and I can't send a letter," said Monica.

But she can sing and when she does, "I know that Andrew would just be cheering for me in the front row. I feel as if Andrew is there with me," Monica said. At times, this mother feels as if Andrew is singing through her. "You know sometimes I have that thought but that will make me cry," said Monica. She said the song 'Lost Art' which she also dedicated to Andrew is so deeply personal that she is unable to sing it in public.

'Sometimes Julie' performs hard-driving rock with deep-seated blues and Americana influences. The band is hoping the release of their new CD, "Where are you?" will earn them a San Diego Music Award.