News 8's Newroom Manager, Moana Pitcher, is retiring after a 47 year career at the KFMB Stations. 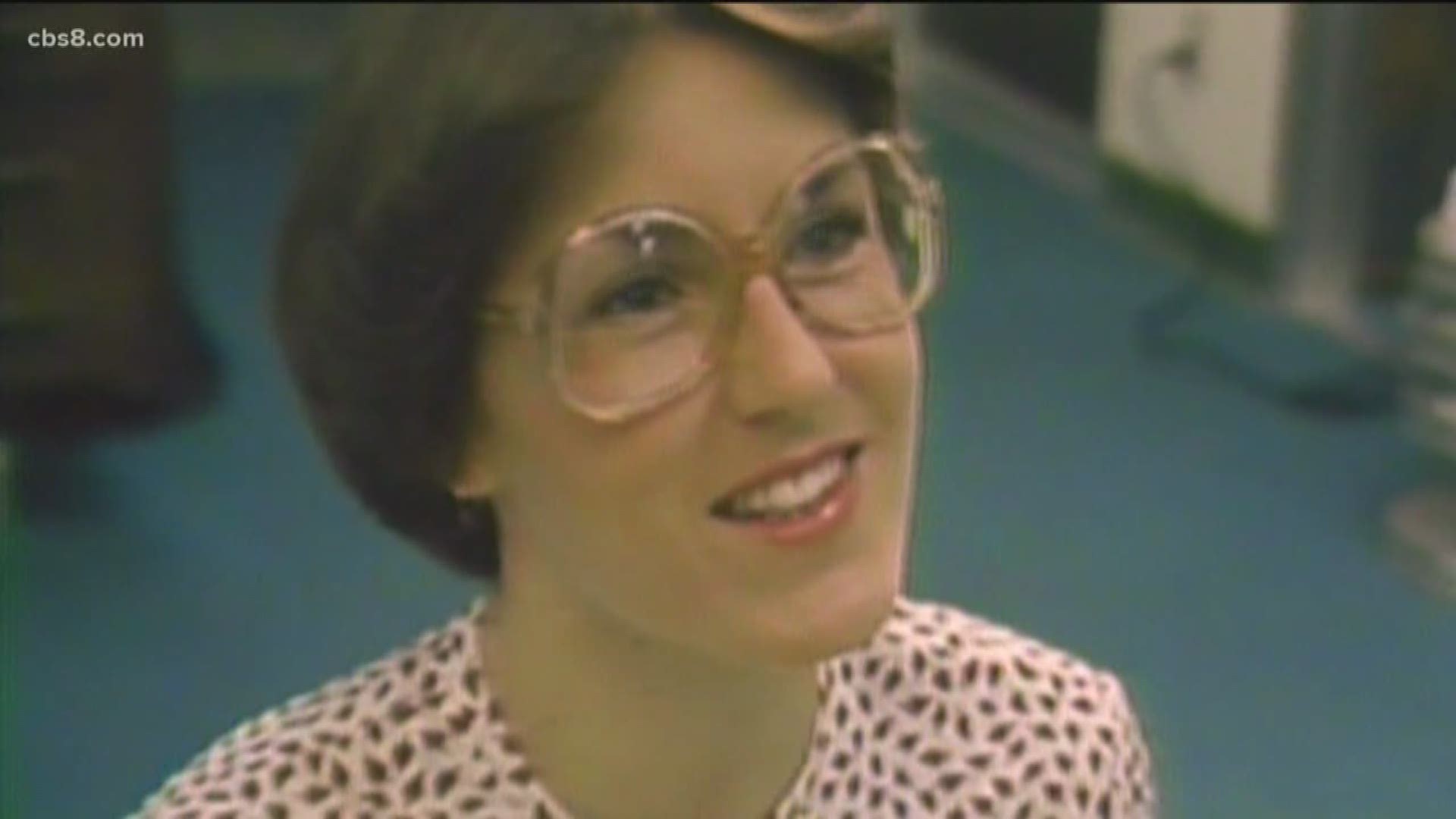 Every company has one special employee who is the glue that holds everything together.

News 8's Newroom Manager, Moana Pitcher, is retiring after a 47 year career at the KFMB Stations.

At that time, KFMB was located on 5th and Ash Street, where Moana was interviewed for the job by the legendary broadcaster, Ray Wilson.

"One of the first questions he asked me was 'Why do you want to work in the newsroom?'" said Pitcher.

We think it's because Moana was born to be a mother.  Both at home and at the office.

"Merry Christmas," said Moana while watching some old footage from the many Holiday Stories we aired over the years. "Happy Holidays to everyone," said Moana back in the 80's.

In every story, you see Moana smiling and saying, "Season's greetings. Enjoy but make it a safe one."

Typical Moana, even back in the 90's giving motherly advice. As the years passed, Moana was our gift who kept on giving. She may have had a husband and three children at home, but back in the newsroom, she was our Mother Hen who always had a nest filled with famous faces.

Moana was once a skating champion and she relied on that fancy footwork to handle all of the details that come with deadlines. We walked around the newsroom and asked staffers to shout out something Moana has helped them with.

"When you lose your ear piece. Moana."

As she tidies her nest, her baby birds are realizing, it's time for KFMB to fly alone.

"Who is going to order Thanksgiving Dinner?" asked Abbie Alford.

"Yeah and what about when I lose my ear piece - again?" said Barbara Lee Edwards.

"What are we going to do?" chimed Marcella Lee.

In the TV news business where no one has enough time, Moana will finally have plenty for herself.

Just the thought of spending more time with her four grand kids and a fifth on the way," Moana laughed.

"You are leaving us for these people?" Jeff Zevely quipped with clear jealousy.

"Yes, they are so special to me," said Pitcher with tears welling up in her eyes. "When you are a worker bee, sometimes all you can see is do, do, do to get it done, and finally my heart took over and said it's finally time and way overdue to think about the family."

So, because serving a retirement cake just doesn't cut it, the newsroom gathered to say, "Bye Moana. We love you deary Moana."

To which she responded, "I leave knowing I only gave my best. There are no regrets."

The going away celebration for Moana included a station BBQ, music and a fun photo booth provided by CEG Interactive, a local company that provides photo booth rental in San Diego.  The photo booth allowed the team to take fun photos that were immediately printed with custom information about our event to take with as a permanent reminder of the party.