Elvis Costello. Jimmy Kimmel. Tony Hawk. These are just some of the big-name stars that Zach Cordner has photographed. 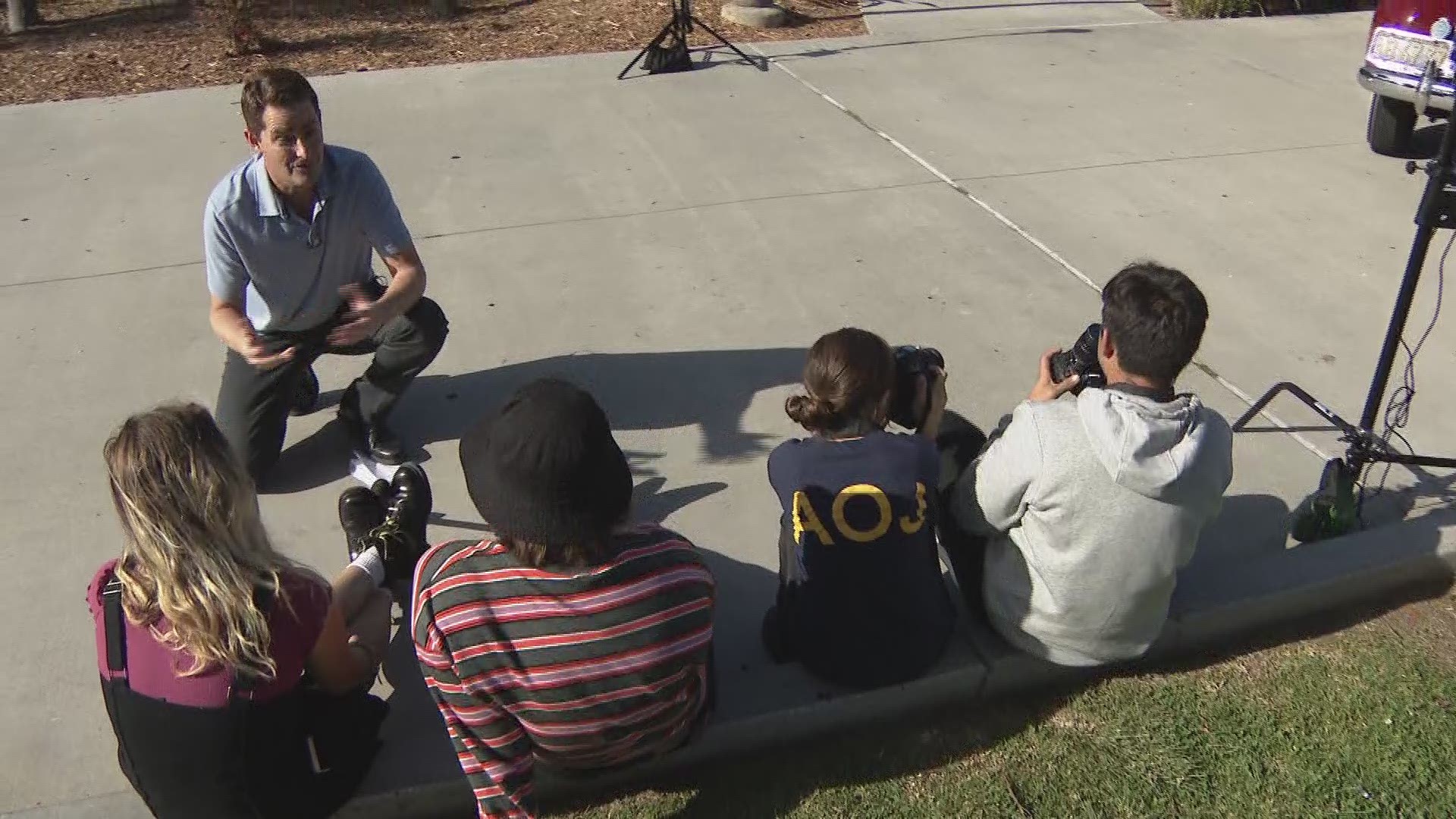 OCEANSIDE, Calif. — When you teach a student how to become a photographer, it helps them see the 'big picture' when you've taken so many pictures of big stars. That's where Oceanside High after-school instructor Zach Cordner comes in.

Zach was supposed to photograph P. Diddy in Miami, but was told to meet the rapper in Los Angeles instead.

"Diddy and his whole entourage came [and] he had like three trunks full of clothes and sunglasses," said Zach. "It was unbelievable."

"Our students are very savvy," said the principal. "They can pretty much find and Google anything out there on the world wide web, so for them to be able to see the connections he's made, it really does build credibility with him."

Zach runs the after-school program called "Pirate Pics" with Paul Ruez, who is the real deal himself. Paul went to the Vietnam War armed with a camera.

"Our job was to document the war for the Army's historical records," said Paul.

"Zach being a full time photographer, he brings the real-world side of it," said Paul.

RELATED: This 'once-in-a-lifetime' shot of a kingfisher in flight has people in awe

Just out of college, Zach turned down an offer to work at the White House.

"I followed my heart," said Zach.

He's now the co-owner of The Osider Magazine where he helps students get their start by publishing their pictures.

Zach's favorite shoot of all time was with the actor Jack Black.

"That shoot was the funniest shoot I've ever done in my life," said Zach. "I was literally wiping tears out of my eyes so I could look through my lens."

His most difficult shoot was with KISS lead singer, Gene Simmons.

"Do not ask for him to stick out his tongue," said Zach.

Zach believes in community and wants to help students get their start which is why he teaches them the ropes, then publishes their pictures in his magazine. If you'd like to see all of the celebrities Zach has photographed, click here.